Police in California are investigating the deadly mass shooting Saturday night in the city of Monterey Park, near Los Angeles. The gunman killed 10 people -- five women and five men -- in an attack at the Star Ballroom Dance Studio, a dance school.

The city has a majority Asian-American population and is known for its Lunar New Year’s celebration. Traditional dances and a parade had been planned for the first time since the start of the COVID-19 Pandemic in 2020. But officials cancelled Sunday’s events because of the shooting. Other nearby cities increased security.

The police said they found the body of the gunman, whom they identified as 72-year-old Huu Can Tran, on Sunday. They said he had shot himself.

Police say the gunman went to another dance school in a nearby city after the attack in Monterey Park. However, people disarmed the gunman and he fled.

Los Angeles County Sheriff Robert Luna said a white vehicle, a van, had been seen near one of the attacks and police launched a search. On Sunday, police found the van with the suspect’s body inside.

Luna said no other suspects were involved.

The gunman’s motive, or reason, for the attack remains unclear, Luna said.

Ten people were also wounded in the attack. Seven were under hospital care as of Monday. Luna did not release the ages of the victims but said they all appeared to be over the age of 50.

Congressional representative Judy Chu spoke at a news conference after the attack. She said she still had questions but said people in the city should feel safe.

“The community was in fear thinking that they should not go to any events because there was an active shooter,” Chu said, adding, “You are no longer in danger.”

The area has a big Chinese population. The Lunar New Year celebration was expected to bring 100,000 people to the area.

The Associated Press (AP) reports that the mass shooting was the fifth in January. The AP defines a mass shooting as one in which four people or more are killed, not including the shooter.

The Star Ballroom Dance Studio was holding a Lunar New Year event called “Star Night” on Saturday. It had advertised the event on its website the day before the shooting.

Tony Lai of Monterey Park said he heard sounds the night of the attack but thought they were fireworks. He said he thought the city was very safe.

Fifty-seven-year-old Wynn Liaw said she was shocked that such a crime could happen during the Lunar New Year’s celebration. She took a picture of the activity outside the Star Ballroom to send to relatives and friends in China. She said she wanted “to let them know how crazy the U.S. is becoming with all these mass shootings, even in the New Year.” 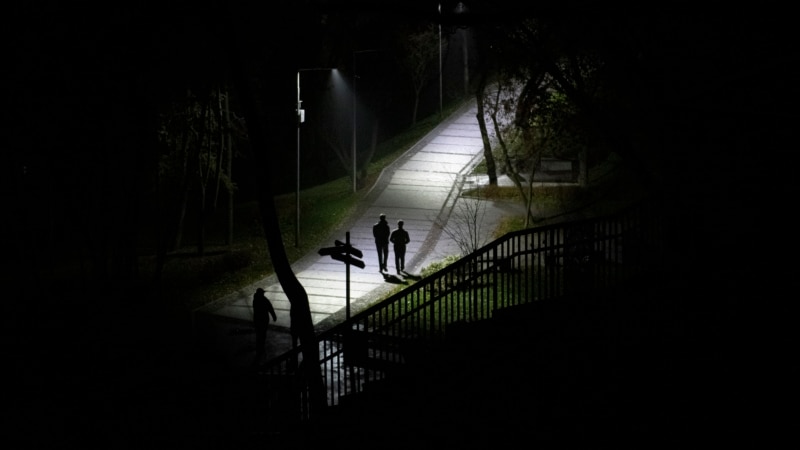 In Ukraine, Kyiv Prepares for Winter with No Heat, Water, Power