How we cracked the mystery of Australia's prehistoric giant eggs

A puzzle over the identity of an extinct bird that laid eggs across Australia has been solved.

It’s a long-running Australian detective story. From the 1980s onwards, researchers found eggshell fragments, and on rare occasions whole eggs, exposed in eroding sand dunes within the country’s arid zone (which covers most of Australia’s landmass).

A proportion of shells matched eggs laid by emus, but the rest belonged to a mystery species. Researchers initially identified the eggshells as belonging to a giant, extinct bird called Genyornis . But more recently, a group of scientists challenged this view.

With the help of artificial intelligence software, our team has now resolved this scientific controversy, showing that Genyornis was indeed the bird that laid these eggs. With colleagues based around the world, we have published the findings in Proceedings of the National Academy of Sciences .

Genyornis was a flightless bird between two metres and 2.5 metres tall that once roamed the Australian landmass. The eggshell fragments are an important line of evidence about this extinct creature, so being certain about the identity of the bird that laid them is vital.

Some of the shell fragments are 400,000 years old, while the youngest are about 50,000 years old. Previous work showed that some of the youngest eggshells had been burned, but not in the way a wildfire would. Instead, scientific tests point to humans cooking the eggs for food.

The time period where Genyornis shells disappear (50,000 years ago) coincides with what’s thought to be the first arrival of humans in Australia. The discovery therefore raises the possibility that our species contributed to its extinction.

The eggshell fragments were first recognised by Dom Williams, a geologist and vertebrate palaeontologist from Flinders University in Adelaide, in 1981. He made the case that the fragments came from Genyornis , which belonged to a group of extinct creatures known as thunderbirds.

In the 1990s, a team including John Magee, at Australian National University, and Gifford Miller, one of the authors of this article, provided firm dates for similar shell fragments collected at thousands of arid zone sites. Genyornis was one of many large animals – known as “megafauna” – that once roamed Australia and vanished at around the same time. The work by Miller, Magee and others pinned a clear date of 50,000 years ago on this extinction event.

The association of the eggshells with Genyornis was widely accepted from the 1980s until recently, when it was challenged by a team of scientists from Flinders University in Australia. Based upon the size and structure of the eggshells, they argued for a different parent. Their favoured candidate was Progura , a 10kg extinct relative of modern birds such as the brush turkey and malleefowl.

Living birds belonging to this group - known as megapodes – build earthen mounds to incubate their eggs. The scientific debate was fought out in academic journals, with neither side conceding.

Attempting to find a resolution, scientists who thought the eggs belonged to Genyornis turned to DNA. Despite the successful extraction of genetic information from eggs of New Zealand’s extinct Moa bird, state-of-the-art DNA sequencing technology drew a blank in this case. The molecules were too degraded after 50,000 years under the hot Australian sun.

However, proteins – the molecular building blocks of cells – can provide similar information and can last for longer than DNA. In our study, we used a technique called amino acid racemisation to identify the shell fragments with the best-preserved proteins.

As part of the work, our team was able to retrieve partial protein sequences from the Australian eggshells. We then used software called AlphaFold, from the Google-owned AI lab DeepMind, to generate predicted structures for the molecules – the first time this has been done for ancient proteins.

Two of us, Matthew Collins and Beatrice Demarchi, contacted the Bird 10,000 Genomes (B10K) Project . This has set itself the ambitious goal of sequencing the genomes of all bird species.

B10K project member Josefin Stiller took the reconstructed protein sequences and placed them within a “family tree” showing how proteins differ between bird species. The proteins were complete enough to resolve the position of the mystery eggs within the deep branches of this tree of protein sequences, but not sufficiently diagnostic to uniquely identify what the parent bird was.

However, as detailed in our latest paper , the protein sequences were able to conclusively rule out that the parent was a megapode. As there are no other candidate birds, we concluded – as Williams had first proposed in the 1980s – that the eggshells belonged to Genyornis .

This means we can confidently interpret other evidence locked in the shells with implications for how Genyornis went extinct and why the emus that lived alongside it survived.

Isotopes are different forms of chemical elements that can record information about factors such as diet and climate. Carbon isotopes within the eggshell fragments provide information on the birds’ diets and show that Genyornis was a pickier eater than the emu. Oxygen isotopes can be used to track aridity and show that conditions were increasingly dry around the time Genyornis eggshells disappear.

In previous work, Miller and his colleagues analysed the same isotopes in emu eggshells across the time window of Genyornis’ extinction and found that summer-season grasses abruptly disappear from the birds’ diets. This is consistent with a dramatic reduction in monsoon rains.

These findings suggest that Genyornis was already somewhat vulnerable to a changing environment, but another factor may have proved important to its ultimate fate.

When coupled with the lack of evidence from Genyornis skeletons for direct predation, the burnt eggshells suggest that – as is so common elsewhere in the world – human pressure was likely to have been a factor that finally drove these impressive birds to extinction.

Matthew James Collins receives funding from The Danish National Research Foundation. He is affiliated with The University of Copenhagen.

Gifford Miller receives funding from the US National Science Foundation. 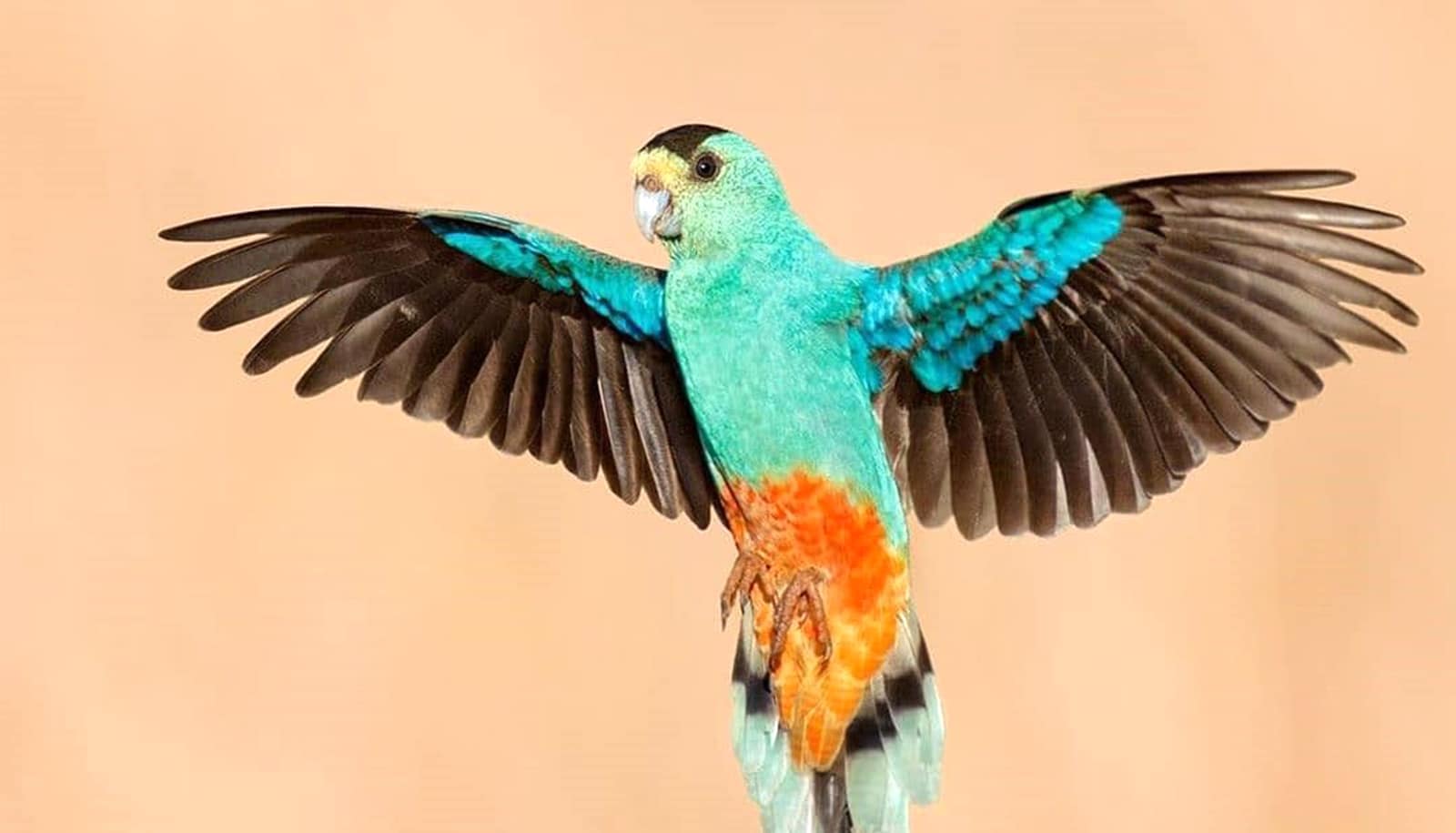 Unique birds have disappeared from 69% of Australia