Why no one wants to eat the giant velvet mite

After observing that virtually no creature wants to eat a giant velvet mite, entomologist Justin Schmidt tasted one himself.

Virtually no one wants to eat the elusive giant velvet mite, research finds. This suggests the mites have to deal with few, if any, predators.

“I thought, ‘Well, I’m a generalist predator. I should just try one myself.'”

They’re velvety, red, pea-sized, and they scurry across the ground in the desert Southwest after torrential rainstorms. According to the “King of Sting” Justin Schmidt, an adjunct scientist with the University of Arizona entomology department, giant velvet mites are such elusive creatures that little is known about them.

Schmidt and his wife, Li Schmidt, report their findings on the giant velvet mites in the Journal of Arachnology .

Here Justin Schmidt talks about the surprising discoveries he made by observing the tiny arachnids , pitting them against predators and even tasting them:

The post Why no one wants to eat the giant velvet mite appeared first on Futurity .

What sparked your interest in giant velvet mites?

I’m just kind of a generally curious person, so I go out in the field, and I observe things. I remember seeing these giant mites and thinking, “Wow! What in the world are these things?” After a little bit of research, I quickly realized that virtually nothing was known about them. They only come out for one to three days of the year, during the seasonal monsoons , and just for a couple of hours. I thought, “Well, if I have two hours times two to three days, times a whole bunch of years—maybe I can learn something about these mites.”

Where do you find these mites?

I generally look near dry washes or other sandy areas, because they like sandy, soft soil. You won’t find them on rocky mountaintops or hills, or where all the soft stuff’s been washed away. Willcox (in southeastern Arizona) has the advantage that it has this huge blown-out area off to the side of the playa (a large, flat dry lake near Willcox). The playa itself floods when it gets rain, so nothing lives there. It’s as close to a moonscape as you can find.

How many mites do you typically see when they emerge, and how do you collect them?

That’s what’s so amazing. I often see thousands. I use an aspirator, which is basically a jar with a tube that I place in my mouth and apply suction. The tube has a screen on the other end so that you don’t suck the specimens into your mouth, which would not be very pleasant. You can pick them up by hand, but they’re like little squishy rubbery balls on legs, so it’s much easier with the aspirator.

In your paper, you set out to figure out the relationship between giant velvet mites and their predators. What did you learn?

I remember thinking, “Gosh, these things are everywhere. There are lots of them. They’re slow. They look like they’d be yummy. They’d be easy to catch, even by a slow predator.” Another cue is the bright color that stands out; a classic warning coloration. “Look, I’m right here, I’m not hiding.” A biologist knows this means “leave me alone.” Yet, here we have thousands of these mites. What an opportunity.

I saw lizards around at the same time, and they ignored them. Sometimes there’d be spadefoot toads, and even they ignored them. These toads are notorious for eating anything – honeybees, scorpions, spiders, you name it. They’ll eat just about anything you can imagine as long as it’s small enough. I saw horned lizards out there, which make their diet mainly out of eating harvester ants—the most highly venomous stinging insects on Earth—and even they wouldn’t eat these mites. Occasionally I’d see a lizard lick one up and immediately recoil.

You brought the insects back to the lab to study their behavior. What experiments did you do?

I would place a mite into a terrarium with a horned lizard, and soon the mite would begin to crawl around. The lizard would look at it and try to figure out what it is. Typically, the lizard would just lick it, pull away, and ignore the mite. Same with toads—I never got any toads that would eat more than a couple of them. Neither horned lizards nor toads can chew, so it obviously must be something on the outside of the mites’ “skin” that tastes at least bad enough to serve as a warning.

I tested the larvae of carpet beetles, sometimes called larder beetles. They’re the scourge of insect collections because they eat virtually anything. I’d get them really hungry and offer them some mites, both dried and fresh, without success. In other words, the least fussy eaters that I can think of won’t touch these things.

After testing a dozen insect predator species you found one that might be a “meaningful predator” to giant velvet mites, according to your paper.

Yes, antlions, which are the larvae of winged insects similar to lacewings. They’re sometimes called doodlebugs because they make little round funnels in the sand. An antlion lies in wait at the bottom, and when an ant falls into the pit, it grabs it with its jaws, sucks out its insides, and chucks the shell out. They do the same thing with the velvet mite, but it’s very difficult for them. Most of the time, the antlions didn’t manage to puncture the mites. They’re like tough, rubbery bean bags to them. In the few successful cases I observed, the whole antlion would turn red after eating a mite, but it didn’t seem to bother it in any way, so the mites don’t appear to be toxic.

You write that it was not known what the mites eat. Did you find out?

It appears they eat termites, but only the winged ones. Unlike the worker termites, the ones with wings emerge at a particular time to fly out and find a mate. Once they have mated, they chop their wings off, and you can see them running around on the ground. … The winged ones are bigger and have more nutrition than the workers, so to the mites, it’s like a choice between a little hard green apple and a nice, big, juicy Honeycrisp apple. If it was me, I would take the bigger one. And once they have shed their wings, the mites can catch them.

You probably are the only person who ever tasted a giant velvet mite. Why did you do that?

After years studying these mites, I thought, “Gosh, nobody eats them.” Not even generalist predators, like lizards, toads, mice, and small rodents that have a wide selection of foods and are not particularly fussy. I thought, “Well, I’m a generalist predator. I should just try one myself. And maybe that’ll give me a clue as to what they taste like.”

Of course, I didn’t want to poison myself in case these mites are like poison dart frogs, where you eat one and you’re in bad shape. So, I decided to get the mite as far away from where it can do me damage, and I put in on the tip of my tongue and then used my incisors to just kind of break it up a little bit. I chewed for, oh, just a couple of seconds, and immediately it just exploded with flavor. I still don’t know how, but the flavor immediately spread from the tip of my tongue to the back of my throat. I spit it out and hawked that stuff out.

It was astringent and kind of a sharp, unpleasant, spicy flavor. It was like mixing quinine with habanero. (Quinine, derived from tree bark, is used as a malaria drug and widely recognized as the most intense bitter tasting compound. Habanero is a particularly hot variety of chili pepper.)

Do you have any goals for future research on giant velvet mites?

I should have put one in my mouth and just rolled it around, without crushing it. I didn’t think of that. Maybe next summer, if I see one, I’ll try that and see if it tastes just as bad. 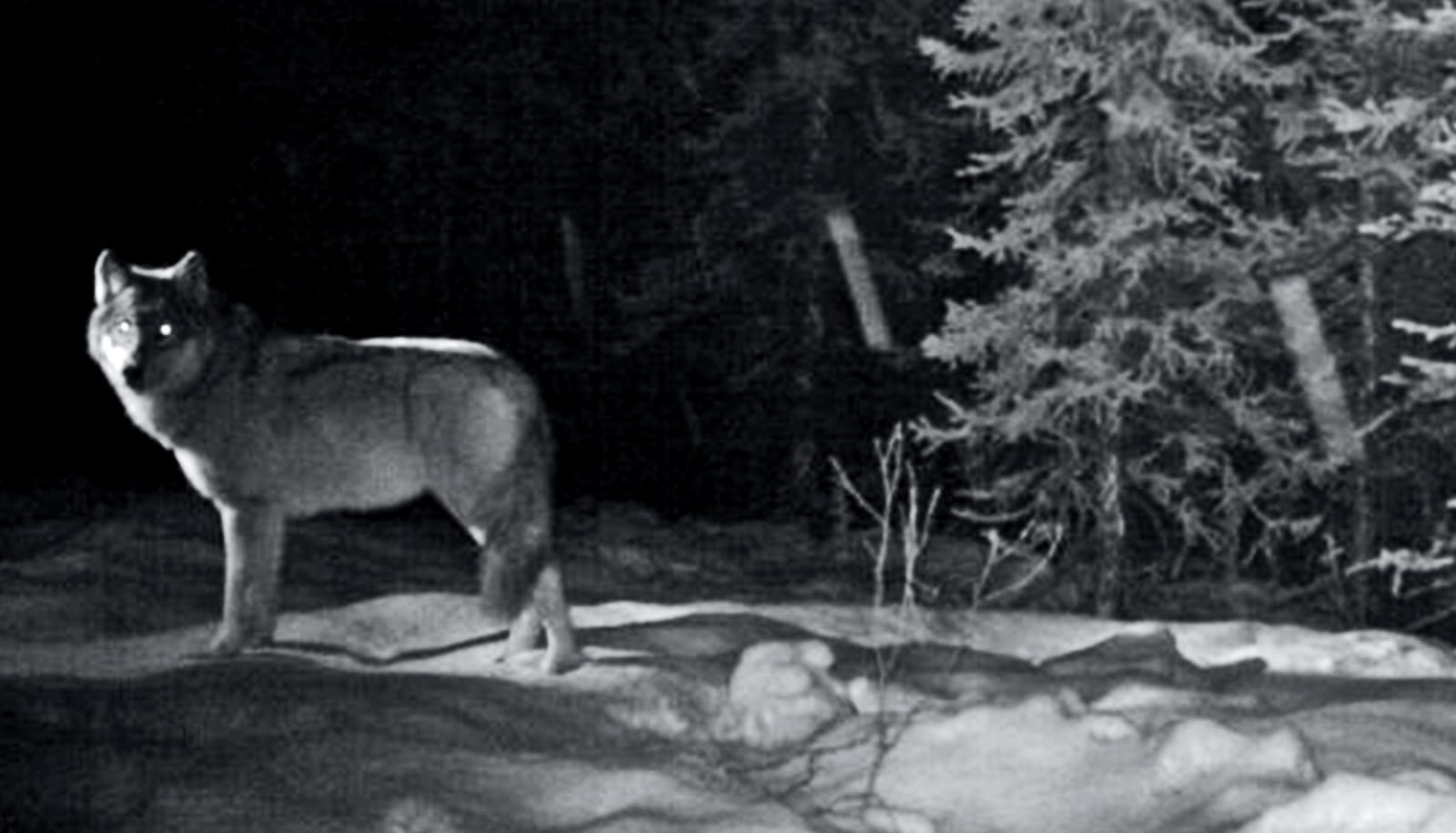 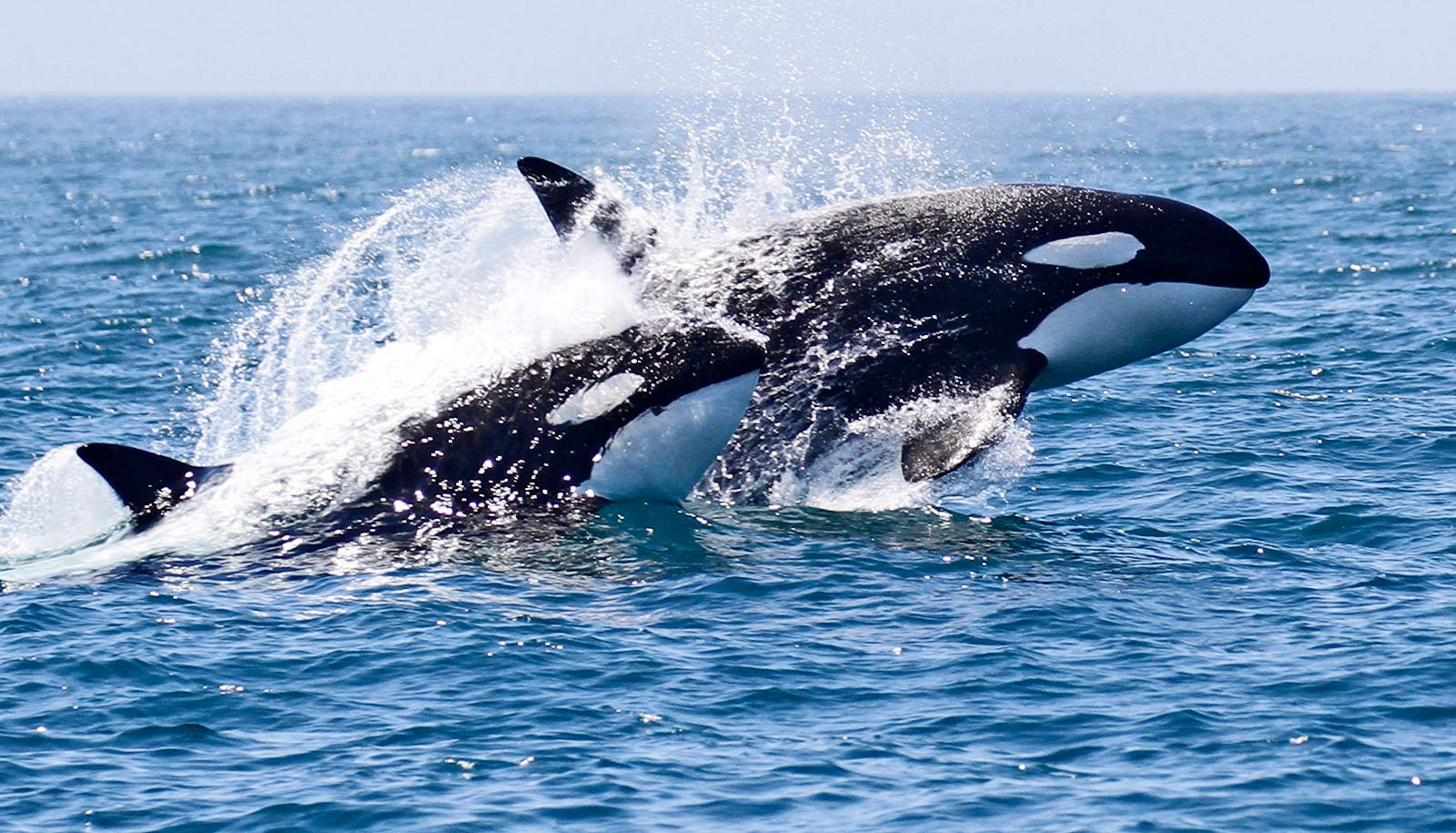 Wait, orcas can take down a blue whale?