Wasp-inspired robots open doors by themselves

The modified micro air vehicles, called FlyCroTugs, can also grab and haul loads 40 times their weight. Check out the video to see them in action.

Researchers have modified small flying robots to grab and haul heavy loads with the help of powerful winches and two previous inventions: gecko adhesives and microspines.

A closed door is just one of many obstacles that poses no barrier to a new type of flying, micro, tugging robot called a FlyCroTug. Outfitted with advanced gripping technologies and the ability to move and pull on objects around it, two FlyCroTugs can jointly lasso the door handle and heave the door open.

FlyCroTugs are micro air vehicles that the researchers have modified so the vehicles can anchor themselves to various surfaces using adhesives inspired by the feet of geckos and insects, previously developed in Cutkosky’s lab.

FlyCroTugs can pull objects up to 40 times their weight. Similar vehicles can only lift objects about twice their own weight.

With these attachment mechanisms, FlyCroTugs can pull objects up to 40 times their weight, like door handles in one scenario, or cameras and water bottles in a rescue situation. Similar vehicles can only lift objects about twice their own weight using aerodynamic forces.

“When you’re a small robot, the world is full of large obstacles,” says Matthew Estrada, a Stanford graduate student and lead author of the paper, which appears in the journal Science Robotics. “Combining the aerodynamic forces of our aerial vehicle along with interaction forces that we generate with the attachment mechanisms resulted in something that was very mobile, very forceful, and micro as well.”

The researchers say the FlyCroTugs’ small size means they can navigate through snug spaces and fairly close to people, making them useful for search and rescue. Holding tightly to surfaces as they tug, the tiny robots could potentially move pieces of debris or position a camera to evaluate a treacherous area.

The natural world inspired FlyCroTugs. Hoping to have an air vehicle that was fast, small, and highly maneuverable but also able to move large loads, the researchers looked to wasps.

“Wasps can fly rapidly to a piece of food, and then if the thing’s too heavy to take off with, they drag it along the ground. So this was sort of the beginning inspiration for the approach we took,” says coauthor Mark Cutkosky, a professor of mechanical engineering.

The researchers read studies on wasp prey capture and transport, which identify the ratio of flight-related muscle to total mass that determines whether a wasp flies with its prey or drags it. They also followed the lead of the wasp in having different attachment options depending on where the FlyCroTugs land.

For smooth surfaces, the robots have gecko grippers, non-sticky adhesives that mimic a gecko’s intricate toe structures and hold on by creating intermolecular forces between the adhesive and the surface. For rough surfaces, researchers equipped these robots with 32 microspines, a series of fishhook-like metal spines that can individually latch onto small pits in a surface.

Each FlyCroTug has a winch with a cable and either microspines or gecko adhesive in order to tug. Beyond those fixed features they are otherwise highly modifiable. The location of the grippers can vary depending on the surface where they will be landing, and the researchers can also add parts for ground-based movement, such as wheels. Getting all of these features onto a small air vehicle with twice the weight of a golf ball was no small feat, according to the researchers.

“People tend to think of drones as machines that fly and observe the world, but flying insects do many other things—such as walking, climbing, grasping, building—and social insects can even cooperate to multiply forces,” says Dario Floreano, the senior author on the paper. “With this work, we show that small drones capable of anchoring to the environment and collaborating with fellow drones can perform tasks typically assigned to humanoid robots or much larger machines.”

Drones and other small flying robots may seem like all the rage these days but the FlyCroTugs—with their ability to navigate to remote locations, anchor, and pull—fall into a more specific niche, according to Cutkosky.

“There are many laboratories around the world that are starting to work with small drones or air vehicles, but if you look at the ones that are also thinking about how these little vehicles can interact physically with the world, it’s a much smaller set,” he says.

The researchers can successfully open a door with two FlyCroTugs. They also had one fly atop a crumbling structure and haul up a camera to see inside. Next, they hope to work on autonomous control and the logistics of flying several vehicles at once.

“The tools to create vehicles like this are becoming more accessible,” says Estrada. “I’m excited at the prospect of increasingly incorporating these attachment mechanisms into the designer’s tool belt, enabling robots to take advantage of interaction forces with their environment and put these to useful ends.”

The post Wasp-inspired robots open doors by themselves appeared first on Futurity. 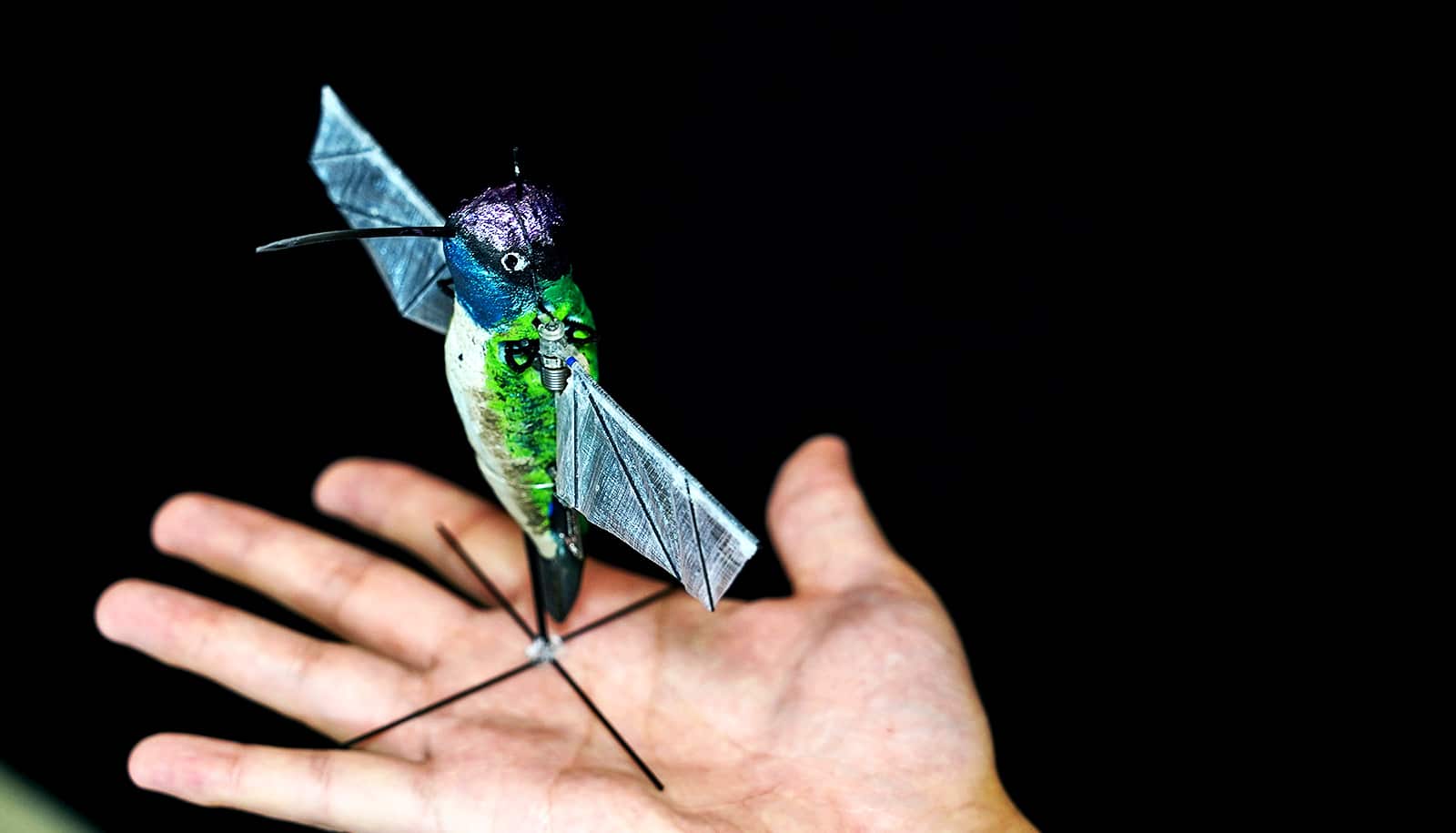 Hummingbird robot flies and hovers like the real thing 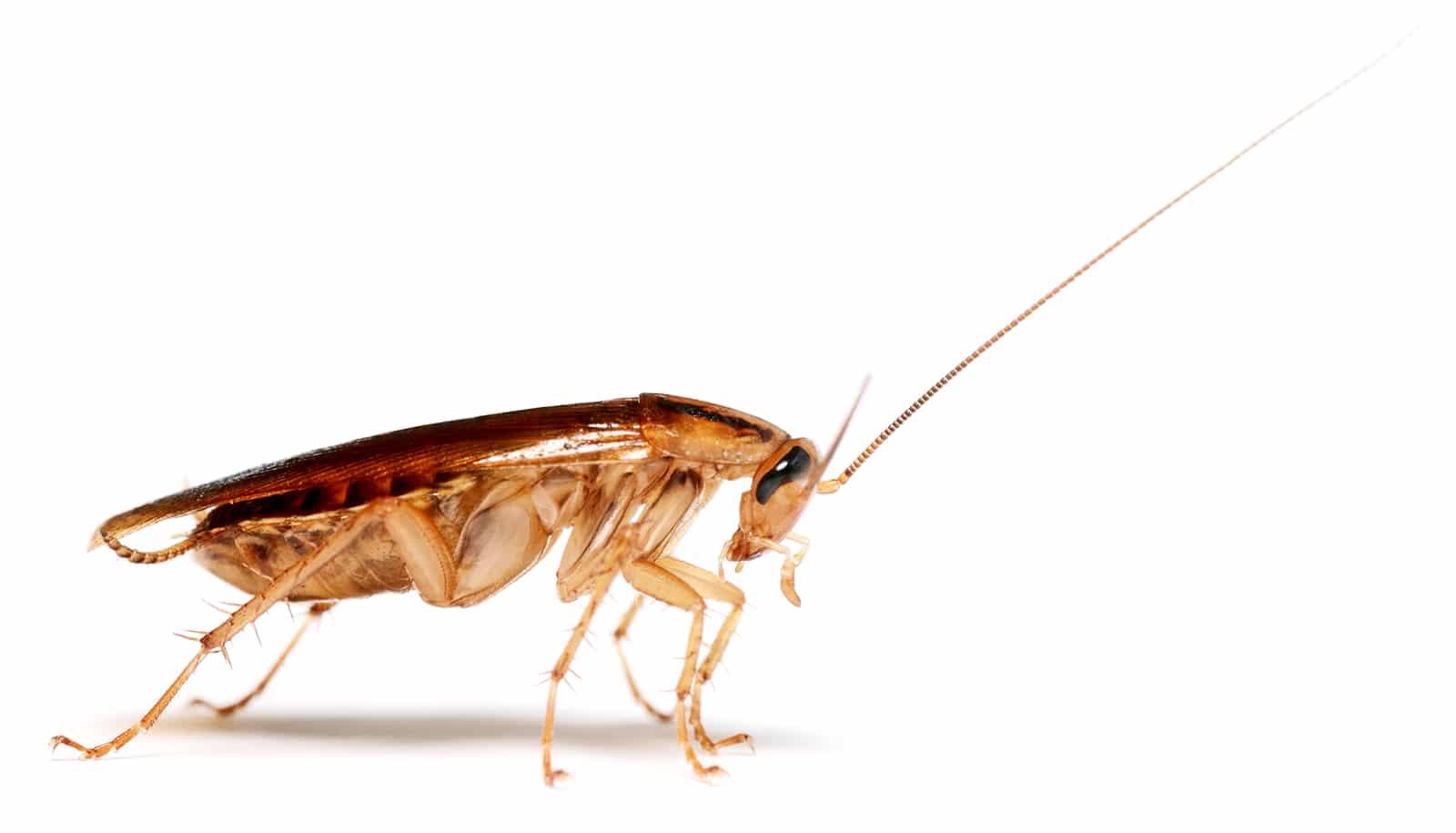