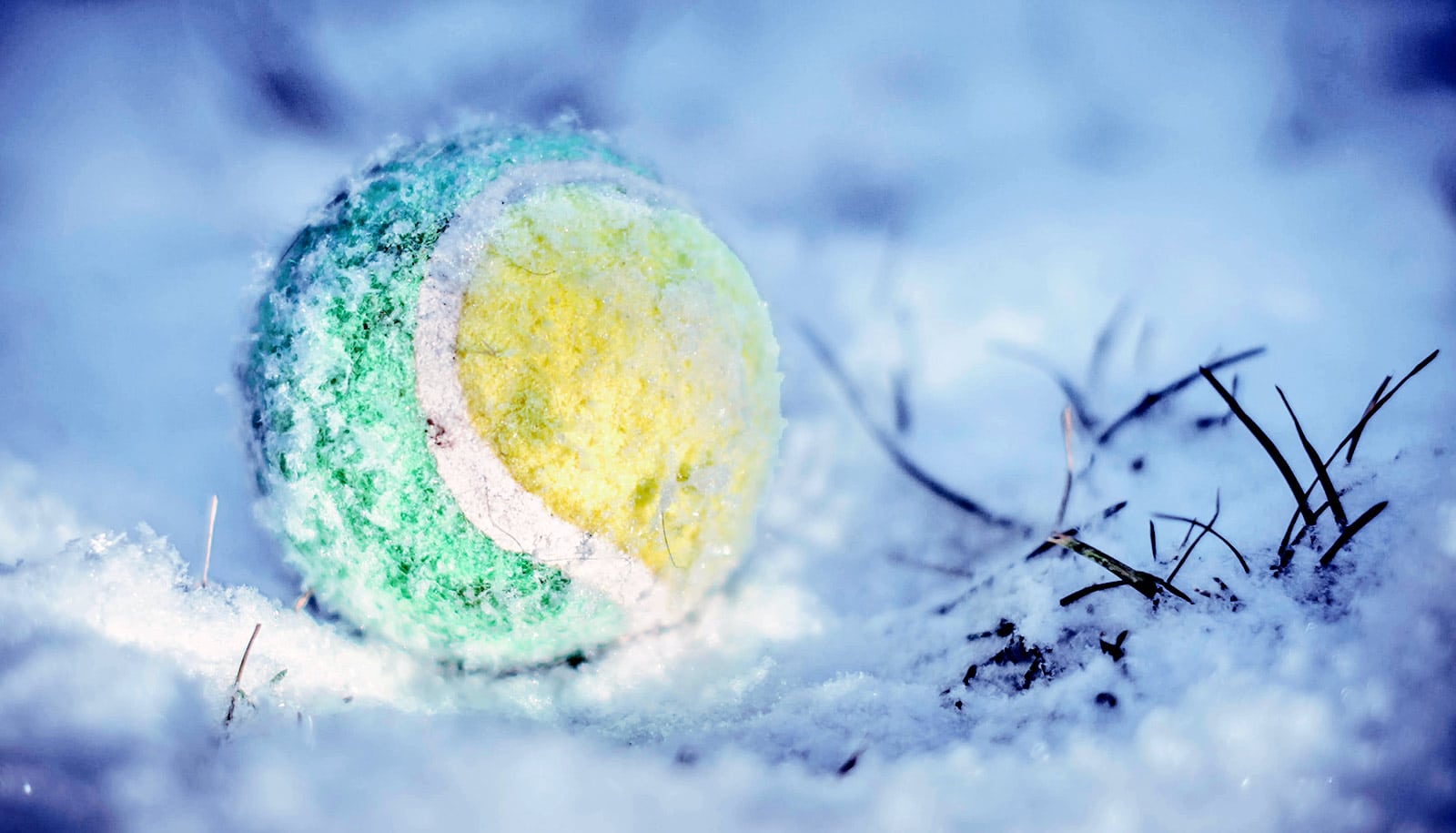 ‘Polar wander’ may be behind Earth’s most recent ice age

The position of the Hawaiian islands and evidence from the Pacific Ocean suggests the entire Earth shifted relative to its axis, which led to an ice age.

Changes deep inside the planet may have caused Earth’s most recent ice age, according to new research.

Based on evidence from the Pacific Ocean, including the position of the Hawaiian Islands, researchers have determined Earth shifted relative to its spin axis within the past 12 million years, which caused Greenland to move far enough toward the north pole to kick off the ice age that began about 3.2 million years ago.

The researchers based their study on an analysis of fossil signatures from deep ocean sediments, the magnetic signature of oceanic crust, and the position of the mantle “hot spot” that created the Hawaiian Islands. Coauthors Richard Gordon and Daniel Woodworth say the evidence suggests Earth spun steadily for millions of years before shifting relative to its spin axis, an effect geophysicists refer to as “true polar wander.”

“The Hawaiian hot spot was fixed, relative to the spin axis, from about 48 million years ago to about 12 million years ago, but it was fixed at a latitude farther north than we find it today,” says Woodworth, a graduate student in the Earth, environmental, and planetary sciences department.

“By comparing the Hawaiian hot spot to the rest of the Earth, we can see that that shift in location was reflected in the rest of the Earth and is superimposed on the motion of tectonic plates. That tells us that the entire Earth moved, relative to the spin axis, which we interpret to be true polar wander,” Woodworth says.

By volume, Earth is mostly mantle, a thick layer of solid rock that flows under intense pressure and heat. An interlocking puzzle of rocky tectonic plates cover the mantle, riding atop it, bumping and slipping against one another at seismically active boundaries. Hot spots, like the one beneath Hawaii, are plumes of hot solid rock that rise from deep within the mantle.

Gordon, a professor of Earth, environmental, and planetary science, says the new findings build on two 2017 studies: one from his lab that showed how to use hot spots as a global frame of reference for tracking the movement of tectonic plates and another from Harvard University that first tied true polar wander to the onset of the ice age.

“We’re taking these hot spots as marked trackers of plumes that come from the deep mantle, and we’re using that as our reference frame,” he says. “We think the whole global network of hotspots was fixed, relative to the Earth’s spin axis, for at least 36 million years before this shift.”

Like any spinning object, Earth is subject to centrifugal force, which tugs on the planet’s fluid interior. At the equator, where this force is strongest, Earth is more than 26 miles larger in diameter than at the poles. Gordon says true polar wander may occur when dense, highly viscous bumps of mantle build up at latitudes away from the equator.

“Imagine you have really, really cold syrup, and you’re putting it on hot pancakes,” Gordon says. “As you pour it, you temporarily have a little pile in the center, where it doesn’t instantly flatten out because of the viscosity of the cold syrup. We think the dense anomalies in the mantle are like that little temporary pile, only the viscosities are much higher in the lower mantle. Like the syrup, it will eventually deform, but it takes a really, really long time to do so.”

If the mantle anomalies are massive enough, they can unbalance the planet, and the equator will gradually shift to bring the excess mass closer to the equator. The planet still spins once every 24 hours and true polar wander does not affect the tilt of Earth’s spin axis relative to the sun. The redistribution of mass to a new equator does change Earth’s poles, the points on the planet’s surface where the spin axis emerges.

Woodworth says the hot spot data from Hawaii provides some of the best evidence that true polar wander was what caused Earth’s poles to start moving 12 million years ago. Island chains like the Hawaiians form when a tectonic plate moves across a hot spot.

“It was only about a 3 degree shift, but it had the effect of taking the mantle under the tropical Pacific and moving it to the south, and at the same time, it was shifting Greenland and parts of Europe and North America to the north,” Gordon says,. “That may have triggered what we call the ice age.”

Earth is still in an ice age that began about 3.2 million years ago. Earth’s poles have been covered with ice throughout the age, and thick ice sheets periodically grow and recede from poles in cycles that have occurred more than 100 times. During these glacial cycles, ice has extended as far south as New York and Yellowstone National Park. Earth today is in an interglacial period in which ice has receded toward the poles.

True polar wander is not merely a change in the location of Earth’s magnetic poles, Gordon says. As the planet spins, it’s iron core produces a magnetic field with “north” and “south” poles near the spin axis. The polarity of this field flips several times every million years, and these changes in polarity are recorded in the magnetic signatures of rocks the world over.

The paleomagnetic record, which scientists often use to study the movement of tectonic plates across Earth’s surface, contains many instances of “apparent polar wander,” which tracks the motion of the spin axis and which includes the effects of both plate motion and true polar wander, Gordon says.

Earth’s mantle is ever-changing as new material constantly cycles in and out from tectonic plates, he says. The drawing down and recycling of plates via subduction provides a possible explanation for the highly viscous mantle anomalies that probably cause true polar wander.

“In class, I often demonstrate this with lead fishing weights and pliers,” Gordon says. “It’s easy to deform the lead with the pliers, and it’s not brittle. It doesn’t crack or fly apart when it fails. That’s a pretty good analogy for mantle flow because that’s the way silicate rock deforms under intense heat and pressure.”

He and Woodworth are working with colleagues to extend their analysis, both from 12 million years ago to the present as well as further into the past than the 48-million-year start date in the newly-published study.

The post ‘Polar wander’ may be behind Earth’s most recent ice age appeared first on Futurity.