1 in 7 people with diabetes test blood sugar too often

That effort costs patients time and peace of mind—and insurance companies hundreds of dollars a year to cover the excess supplies.

For more than 29 million Americans with type 2 diabetes, testing their blood sugar is just part of daily life. But a new study suggests that some of them test more often than they need to.

That effort is costing patients time (and sometimes worry) while their insurance plans pay hundreds of dollars a year to cover the excess supplies.

The study, which appears in published in JAMA Internal Medicine, focuses on the subset of people with type 2 diabetes who receive no benefit from daily tracking of blood sugar levels. This includes patients who don’t take any medicines to reduce their blood sugar and those who take oral medicines that do not require monitoring.

The study did not, however, include patients who clearly need daily monitoring: people who need to inject insulin and those who take medications that carry a risk of causing too-low blood sugar levels.

The study began after Kevin Platt, chief resident in the internal medicine department at the University of Michigan, noticed some of his patients would come to clinic with notebooks filled with multiple daily blood sugar levels that they’d carefully kept for years.

Although such logs might help patients feel in control of their condition, the records have no clinical value for physicians if patients are stable with medications or lifestyle adjustments and aren’t on insulin or a diabetes medication that carries a risk of hypoglycemia, Platt says. He acknowledges, however, that every patient is different and adds that no one should stop testing their blood sugar without talking to their physician first.

Patients who take only metformin—the most commonly prescribed blood sugar-lowering medication—don’t have this risk. So most don’t need to test at all, let alone multiple times each day.

The national professional society statements about daily testing are based on years of research. They’re also part of the Choosing Wisely initiative physician groups lead, which has identified tests and treatments that may be used too often.

Platt and senior author A. Mark Fendrick, a professor in general medicine, looked at information from a national insurance database of 370,740 people with type 2 diabetes made available through the Institute for Healthcare Policy and Innovation.

They focused on data from after the Endocrine Society and Society of General Internal Medicine issued their guidelines to reduce inappropriate home testing in 2013 and looked at patterns of test strip prescription fills over one year of each patient’s records.

The study included patients with private insurance, whether obtained through a job or through Medicare Advantage plans that cover about a third of people over age 65.

The team studied only type 2 diabetes patients who were not taking insulin and who filled prescriptions for packets of 90 test strips three or more times a year, suggesting they were testing their blood sugar regularly. They also looked at data from patients who didn’t fill any test strip prescriptions.

In all, 23 percent of the study population—86,747 people—filled test strip prescriptions three or more times. But more than 20 percent of this subset didn’t fill any prescriptions for diabetes medications, and an additional 43 percent filled prescriptions only for metformin or other medicines that didn’t carry a risk of hypoglycemia. After patients find the dose of these medications needed to keep their sugar levels stable, they don’t need to do daily testing.

But even though 63 percent of the patients who filled test strip prescriptions didn’t need to test daily, they were using an average of two test strips a day.

Test strips didn’t cost the patients in the study much—about $18 a year in copays, on average. But for their insurance plans, the annual average cost was about $325.

“One of my patients who didn’t need to be testing daily told me that her previous doctor had told her to test her sugars two or three times a day,” Platt says. “These data show that over-testing is quite common—and with the appropriate guidance can be reduced significantly.”

Patients who don’t have insurance coverage for their test strips are probably paying much more out of pocket, he notes. The study didn’t look at the cost of the lancets needed to prick the skin to obtain the drops of blood to test.

Even if patients don’t have to test multiple times daily, or once a day, some people with type 2 diabetes may do so to “know their numbers” and keep tabs on how their diet, exercise, and medicine are affecting their sugar levels.

But for those who are testing daily and don’t have to, their providers should tell them that they have the option to stop and offer more helpful tests that tell patients their average blood sugar level over the past two to three months.

“Health care costs and access to care are an important issue for many Americans,” Fendrick says. “The savings that result from reducing the use of unnecessary care, such as needless home blood sugar testing, can create ‘headroom’ to spend more on those clinical services that we need to buy more often.”

The post 1 in 7 people with diabetes test blood sugar too often appeared first on Futurity. 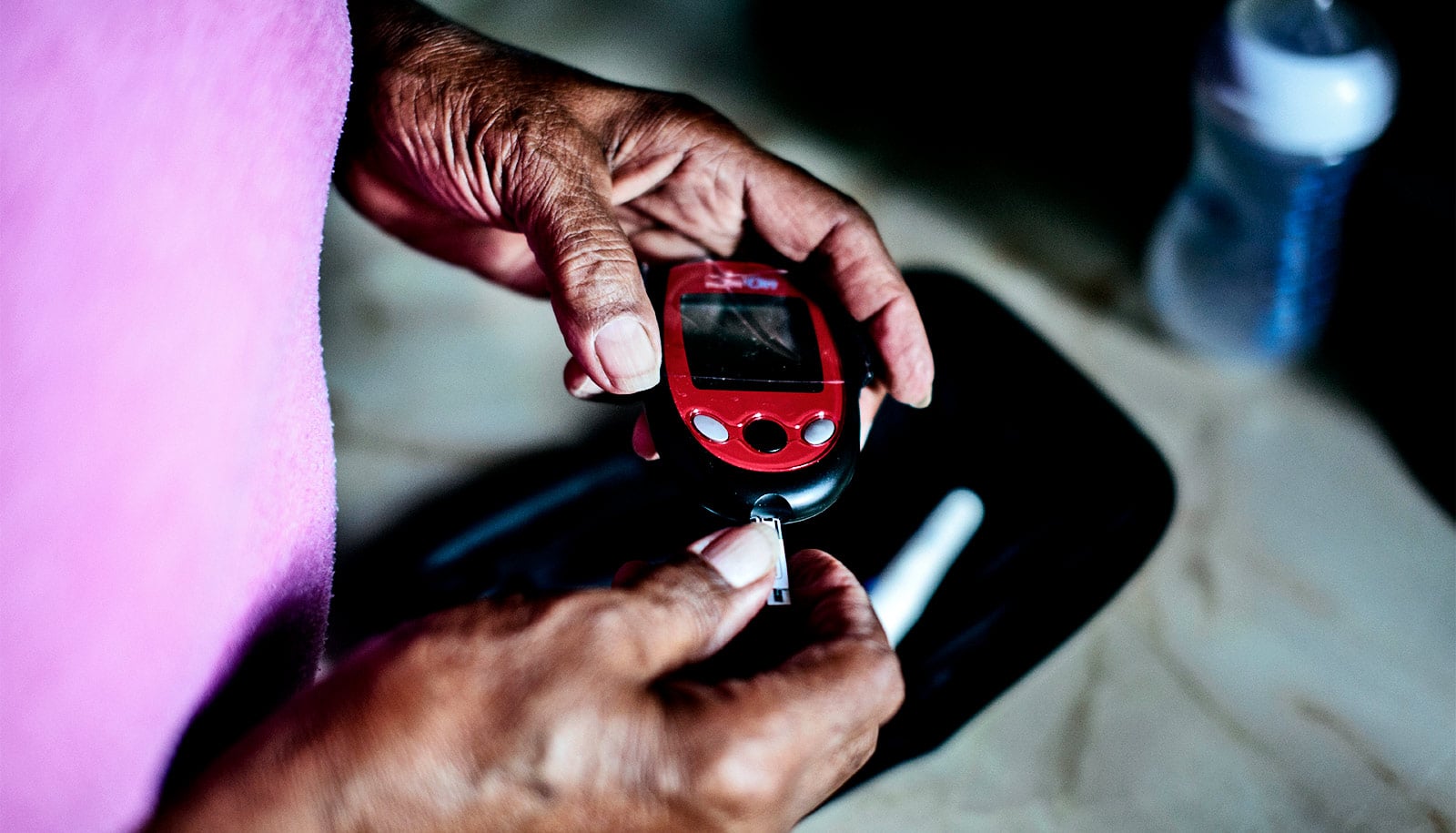 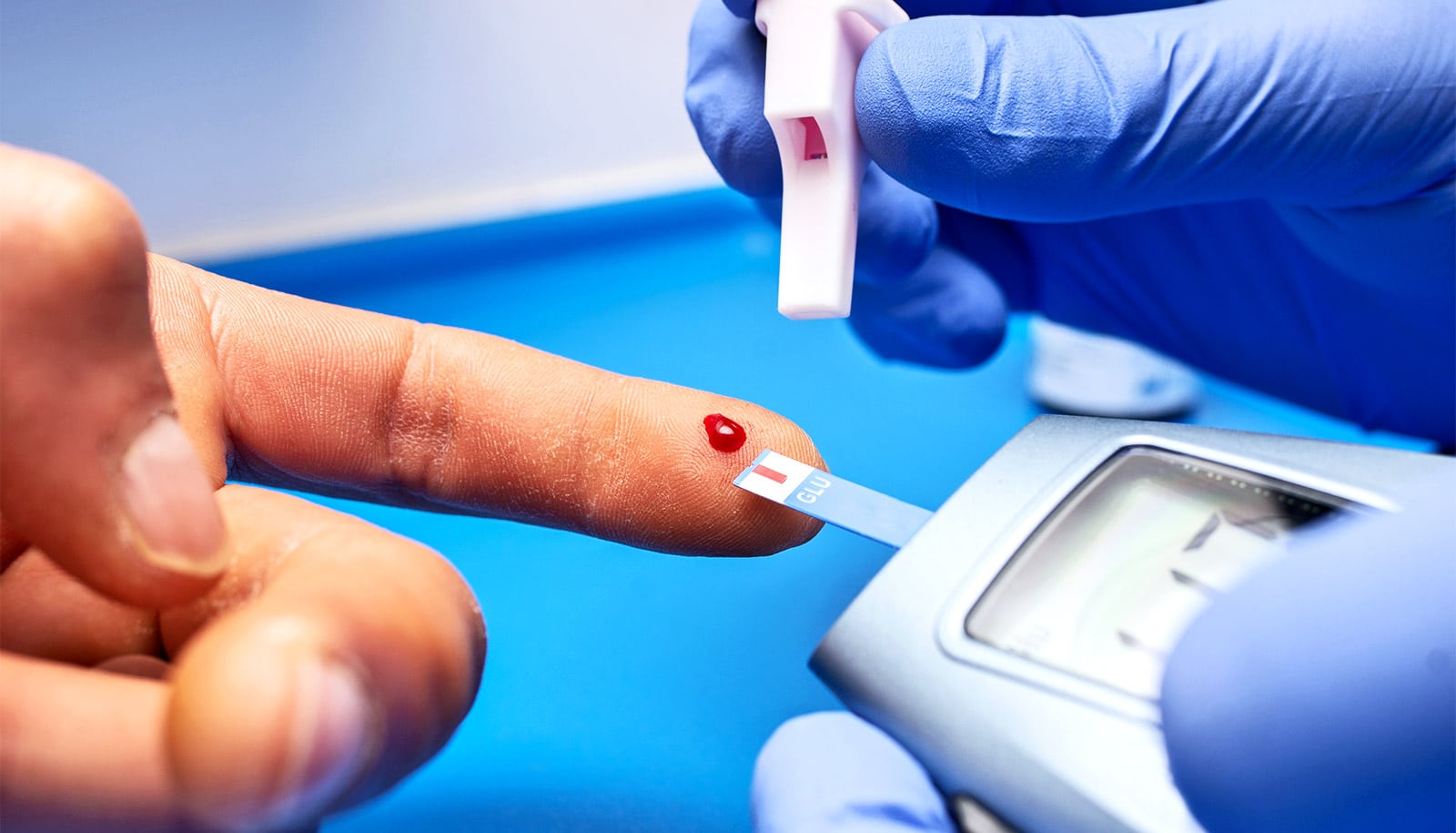