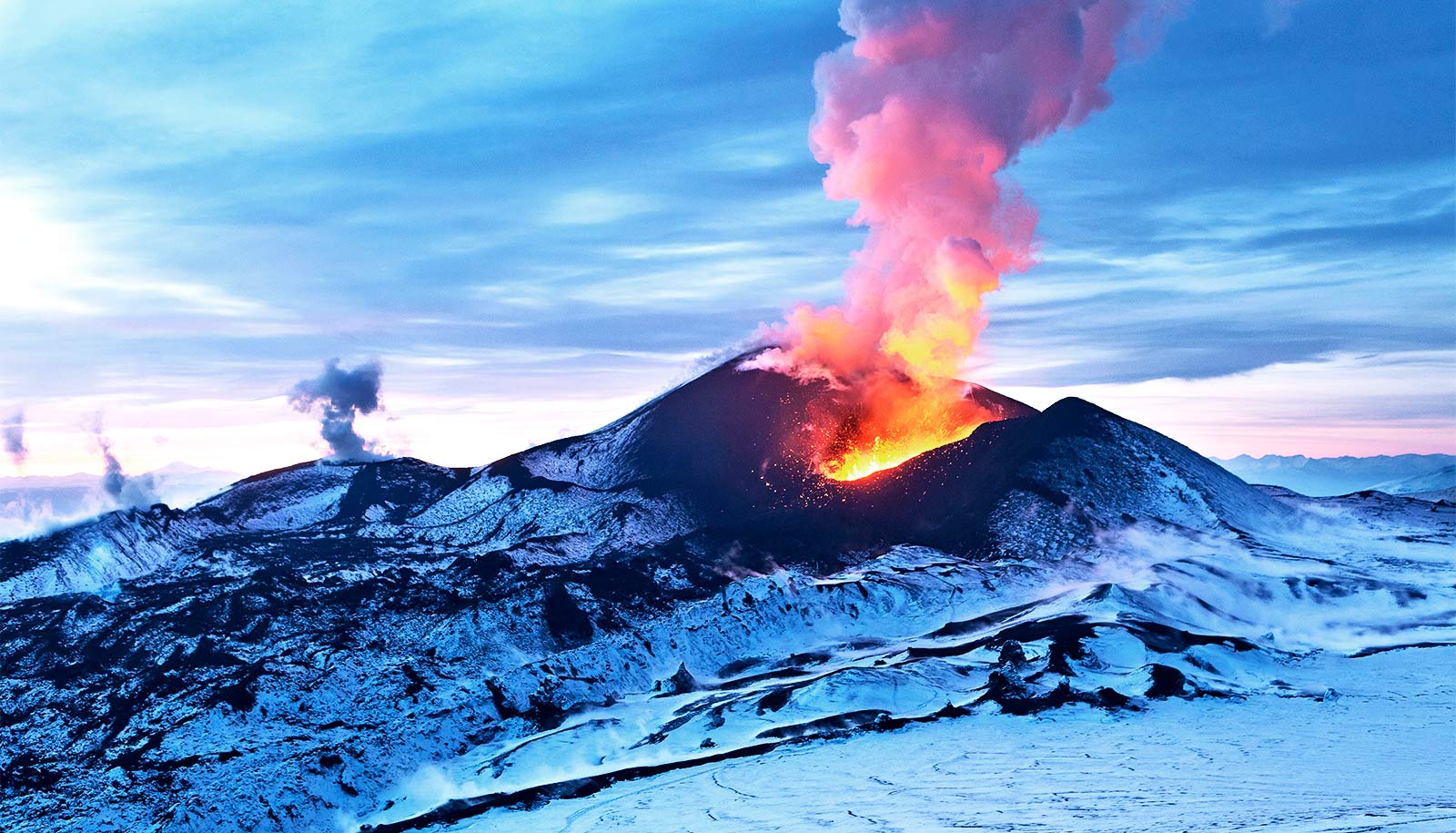 Strings of volcanoes colliding with continents may set our planet's long-term climate. 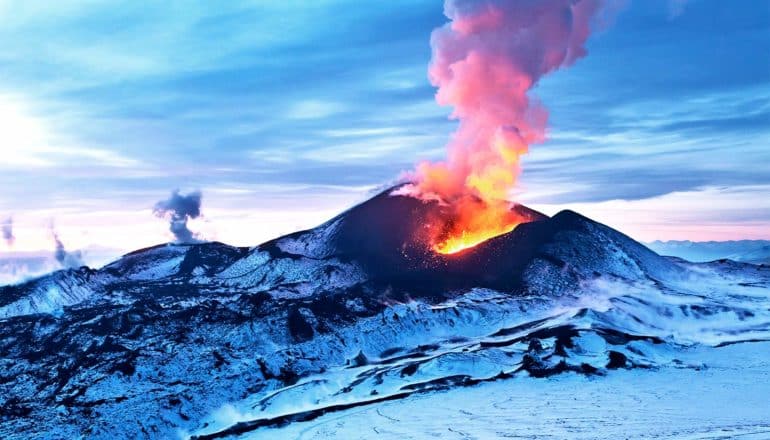 The presence or absence of collisions between volcanic arcs and continents in the tropics set long-term trends in Earth’s climate, according to new research.

For the entire history of our species, humans have lived on a planet with a a chunk of ice capping each pole. But Earth has been ice-free for about 75 percent of the time since complex life first appeared. This variation in background climate, between partly glaciated and ice-free, has puzzled geologists for decades.

Now, researchers report in Science that tectonic activity may be the culprit.

“There’ve been a few hypotheses but no agreements as to why we have warmer or colder climates on these very long timescales,” says Francis Macdonald, a professor in the earth science department at the University of California, Santa Barbara.

And when Macdonald says “long timescales,” he’s talking about 10 million-year periods, at a minimum. These are broad climatic trends, the backdrop against which natural and human-made fluctuations play out. Scientists have a relatively good understanding of what factors influence the climate on a thousand-year timescale, according to Macdonald.

On any scale, though, the primary agent of climate change is carbon dioxide (CO2). The question is what factors influence the amount of CO2 in atmosphere. Some processes produce CO2, while others absorb it. Scientists call these sources and sinks. The debate among geologists is whether sources or sinks affect the climate more.

He believes it’s mostly the sinks, specifically vast deposits of rock that absorb CO2 through chemical reactions. But these carbon sinks are not distributed evenly across the surface. For instance, greater Indonesia is only 1-2 percent of the Earth’s exposed land area, but accounts for roughly 10 percent of the current geologic carbon sink.

The activity of these sinks depends on a number of factors. Water is important for the chemical reactions and also washes the end results away into the oceans, where they consume CO2. Mountain-building increases the reactions by uplifting and exposing new rock. In flat terrain, the soil shields the underlying rock.

Rock type also plays a key role. Stone rich in iron and magnesium has simpler chemical bonds that break down more easily. This makes these mafic rocks, like basalt, better carbon sinks than rocks such as granite, which have more complex bonds.

Plate tectonics is what drives this geologic carbon cycle. When one tectonic plate slides under another—usually a dense ocean plate under a continent—the melting rock fuels a row of volcanoes on the top plate called a volcanic arc. The Cascade Range of the Pacific Northwest is one example of this.

Macdonald and his colleagues reckoned that when these volcanic arcs collide with another continent, the collision uplifts mafic rocks. These rocks are readily eroded, particularly in warm, wet, tropical latitudes, and the sediment is sent out to oceans where it consumes CO2. So, he reasoned, when these collisions happen in the tropics, they drive the climate toward cooling.

“The tropics are where the rocks weather best because it’s the warmest and wettest,” explains coauthor Lorraine Lisiecki, an associate professor also in the earth science department.

Our planet, in flux

To test their hypothesis, the team used reconstructions of the continents and mountain-building events that scientists had built up over the past decades. This gave them an idea where and when arc-continent collisions happened. They limited themselves to the last 500 million years, since the geologic record is much less complete, and reconstructions less certain, before that time.

Temperature is harder to get a read on than geography, so the team used a simple metric: Was there ice on the poles at a given time or not? They reconstructed this information from the literature by looking at data on rocks that form only in the presence of ice. What they found was that Earth had significant ice cover during only four periods in their time window.

Combining the geographic and temperature data, the team found that over the last 500 million years, glacial climates occurred during periods of extensive collision between continents and volcanic arcs in the tropics. There was less than a 1 percent probability that the match was due to chance.

“Given how many things are changing on Earth at the same time, it’s amazing that it all came out really clean and matched so well,” says Lisiecki.

The collisions have the added effect of shutting down volcanic arc activity, which cuts off that source of CO2. “But if it was a volcanic effect, it wouldn’t matter where the volcano was,” Lisiecki says. It’s only the weathering effect where latitude makes a difference. And the team found a much stronger relationship between the climate and collisions that happened in the tropics, rather than those that were outside the tropics.

“These hypotheses are not necessarily entirely independent,” says Macdonald, “but our analysis suggests that the strongest relationship is with the weathering piece.”

Not the last word

Macdonald embarked on this large compilation project after several of his colleagues had pushed back on results from studies with smaller scopes.

“I thought, ‘You’re absolutely right. We need to look at this more broadly,'” he recalls. Now the team hopes this paper challenges their colleagues to make a more rigorous case for their own hypotheses.

Macdonald and Lisiecki also know that this paper is not the last word.

“The database is open,” Macdonald says, “so I’m hoping that this is an iterative project. And as more constraints come online, they can be entered and the model can be refined.” To that end, he is currently investigating how strong an effect rock type has on this hypothesis.

Humans have lived for hundreds of thousands of years with little concept of the dramatic changes the planet has witnessed over the eons. Although the subjects it studies are ancient, modern geology developed relatively recently. The theory of plate tectonics, for example, was not widely accepted until the 1960s.

“We often think of Earth as always being like we’re seeing now,” says Macdonald. “But it’s been a totally different planet throughout its history.”