What can we do to keep people from gaining more weight?

Health and policy expert Sara Bleich has found that when trying to change the way people eat, being prescriptive isn’t always the answer.

“Cranberry juice is our highest-sugar beverage on the menu,” the flight attendant said. “Would you like a diet beverage?”

“Just give me the cranberry juice,” the passenger said.

As a public policy expert on obesity, Bleich, a Carol K. Pforzheimer Professor at the Radcliffe Institute and a professor at the Harvard T.H. Chan School of Public Health, knew that the flight attendant was right about the juice. At the same time, she admired the passenger’s pushback against fat-shaming.

Here’s what Bleich wrestles with: We are almost powerless to fight an industry that profits from loading foods with sugar, salt, and unhealthful fats that we are hardwired to crave. Telling people what to eat — and what not to eat — often backfires.

“We know that about a third of adults and a fifth of kids are overweight or obese,” she said. “We know that if you have excess body weight, it increases your risk for Type 2 diabetes and heart disease, along with a host of other adverse health conditions. As a result, obesity is very expensive: $150 billion a year in direct medical costs.

“To actually make a difference, we have to look at the broader environment, specifically all these cues that are trying to get us to eat more and exercise less. How can we make the environment healthier? What can we do to keep people from gaining more weight?”

The first food items you see when you walk into the Dollar General not far from Bleich’s Radcliffe office are racks of supersized bags of Lay’s potato chips, Hostess snack cakes, and mini-donuts. It takes some searching to find a single unprocessed food. There is no fresh produce. The most eye-catching green is on a large, cold case of Mountain Dew.

Gluten-free, keto, or paleo may be cool, but to Bleich, calories are key. “If you look at adults in the U.S. and across the developed world, we’re getting bigger because we eat too much, not because we exercise too little,” she said. “Of all the single behavior changes you could make, there’s probably the most evidence that drinking fewer sugary beverages would reduce your risk for obesity.”

At home, Bleich’s kids, 5 and 7, are allowed sugary beverages — think 100 percent juice, not Sprite or Pepsi — only at birthday parties. Given the choice of a slice of cake or a juice box, they often go for the forbidden juice. They’re not alone in craving sweet drinks. Adults between 18 and 34 drink more sugar-sweetened beverages than any other age group, according to the U.S. Centers for Disease Control and Prevention (CDC).

As a White House Fellow in 2015–2016, Bleich was a senior policy adviser to the U.S. Department of Agriculture and the Let’s Move! initiative, Michelle Obama’s national campaign to reduce childhood obesity and improve children’s health. To Bleich, banning soda from school lunchrooms and vending machines was a no-brainer. (She’d like to see universities and hospitals do the same.) She believes that “Don’t drink soda” is a clearer message than “Don’t eat junk food,” which could apply to anything from candy bars to fast food — some of which is actually pretty healthful.

Bleich is encouraged by the recent passage of laws taxing sugary drinks in seven U.S. cities. The nation’s first soda tax, in Berkeley, Calif., slashed sales of sugar-sweetened beverages by nearly 10 percent in its first year. “In Berkeley and in Philadelphia, which we’re now evaluating,” Bleich said, “a tax of less than 2 cents per ounce can increase the price of a two-liter bottle of soda by 100 percent, depending on the base price. It’s sticker shock, and it does appear to impact purchases.”

Owing to the price hike, supermarkets are seeing an almost 60 percent drop in volume sales of soda. That matters, she said, because people who drink sugary beverages tend to be minorities. Forty-seven percent of African-Americans consume at least one sugary beverage a day — more than any other ethnic group, according to the CDC. They and other soda drinkers also tend to have lower incomes and to be at higher risk for a host of weight-related medical conditions.

The beverage tax is controversial. But Bleich sees it as a way to shift funds from the multibillion-dollar soda industry to local communities. In Philadelphia, a beverage tax passed in 2016 pays for quality educational programs for 3- and 4-year-olds, among other city programs. “It’s one of these policies where not only is it targeting behavior we know is bad for you, but the money is being given back to low-income groups in the form of a free, universal pre-K program,” Bleich said. “That is a great example of a policy win.”

As a White House Fellow in 2015–2016, Radcliffe and Chan School professor Sara Bleich was a senior policy adviser to the U.S. Department of Agriculture and the Let’s Move! initiative, Michelle Obama’s national campaign to reduce childhood obesity and improve children’s health.

The struggles of the disadvantaged resonate with Bleich. The daughter of two public schoolteachers from inner-city Baltimore, Bleich and her family relied on food stamps for a time to make ends meet. She was close to her paternal grandparents — who once lived on New York City’s swanky Upper East Side — and to her maternal grandfather, a Maryland corn farmer who grew up poor and illiterate. Several years after completing a degree in psychology at Columbia University in 2000, she opted to pursue a Ph.D. in health policy at the Harvard Graduate School of Arts and Sciences. En route to Massachusetts, Bleich stopped at her grandfather’s farm. He beamed about Harvard but cautioned, “Don’t get too uppity.”

She didn’t get his meaning until months later, when she found herself working on theoretical research topics with little chance of affecting people in the real world. So she decided to study obesity — an issue that begs for workable and practical solutions. “I want to answer the ‘So what?’ question,” she said. “I have yet to come across someone — on a bus, on a plane, on a train — who hasn’t struggled with their weight or known someone who has. I have not had personal weight challenges, but my mother lost a lot of weight and kept it off for 20 years. All of us have stories, and you can learn a lot by talking to people about their stories. The science is one thing, but weight is a very personal issue.”

Bleich phoned her “corn farmer grandpa” to say that she’d decided to study obesity. “You’re going to make fat people thin?” he said. “I told him, ‘You cannot call people fat, but yes, I am going to help people try to lose weight.’ He said, ‘Baby, I think that’s wonderful.’”

Earlier this year, following weight-loss surgery, the author Roxane Gay recounted her struggle with the psychological underpinnings of overeating. Gay and others — such as the anonymous blogger with tens of thousands of followers who calls herself Your Fat Friend and Ashley Graham, Sports Illustrated’s first plus-size swimsuit cover model — have written about body shaming in America.

One message they sometimes convey is that it’s possible to be fat and healthy. Your Fat Friend claims that although her body mass index (BMI) puts her in the realm of the “super morbidly obese,” her indicators are normal. According to a 2016 study in the International Journal of Obesity, a significant percentage of overweight or clinically obese people are, in fact, metabolically healthy. But Bleich wants to be clear that she’s not talking about whether it’s possible for some weight-challenged individuals to have normal blood pressure, cholesterol, and insulin levels.

“BMI is an imperfect measure, but there are mountains of literature from epidemiology and other disciplines which say that as your BMI goes up, so too does your risk of all sorts of health conditions,” Bleich said.

The danger of celebrating large bodies is that, “It implies it’s OK to be large from a health perspective, and it’s not,” she said. “But we know that stigma can be a real deterrent to seeking help and trying to actually lose weight. And so there’s this delicate balance between reaching out to people who have trouble with their weight and making them feel bad in the process” — as with the flight attendant and the cranberry juice-drinking airline passenger.

“Obesity exists. It’s getting worse,” Bleich said. “The solution to obesity does not lie with you or me. It does not lie with individuals. Yes, there are people who will get it together and will actually be able to lose weight and keep it off. But the fact that we have a $66 billion diet industry demonstrates that we’re forever falling off the wagon.

“There aren’t obvious solutions. There’s no pill that can fix it. Public health has limited reach and resources. I think the goal is finding sweet spots where the food and beverage industries maximize shareholder dollars but also maximize the population’s health.”

One such sweet spot might be making healthful beverages and sides the default in fast-food kids’ meals and adult restaurant combo meals — swapping a no-calorie beverage and salad or fruit, for example, for sugary beverages and fries. If restaurants don’t lose revenue from the switch, this could be a win-win. “Changing defaults can be a powerful public health tool, because diners tend to stick with whatever comes with a combo deal rather than change it for something else,” Bleich said.

There’s big money at stake: Americans spend half their food dollars on meals outside the home. But Bleich notes that the entire state of California, along with Baltimore and other cities, have already passed bills mandating healthful beverages as the default for fast-food kids’ meals.

“It’s going to take multiple efforts working effectively together to actually move the needle,” she said. “But progress is possible.”

Deborah Halber is a freelance journalist. 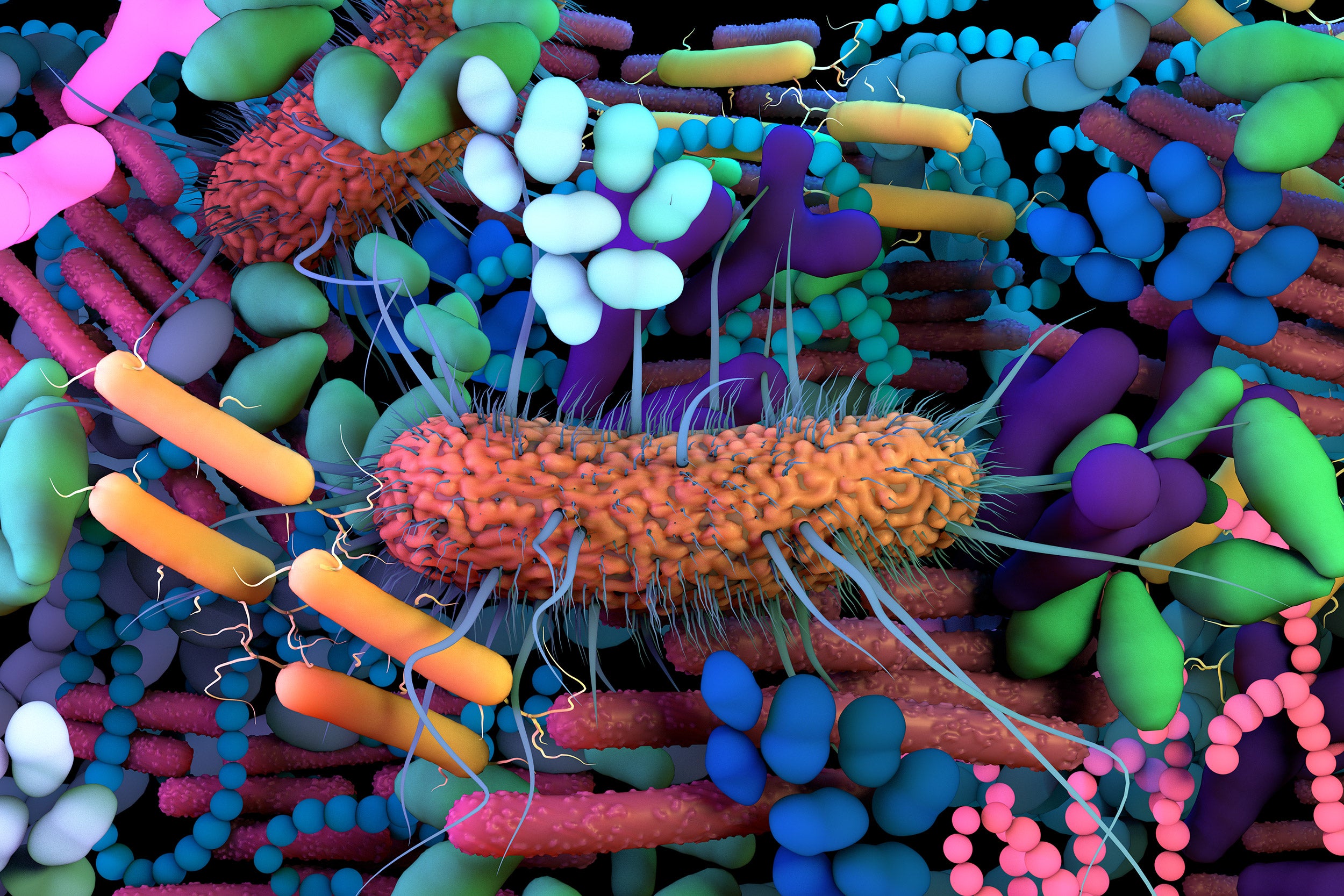