Scientists use ‘x-ray vision’ to see how catfish nab prey

The new 3D-imaging technology is so precise that it let scientists track catfish movements with errors equivalent to the width of a human hair. 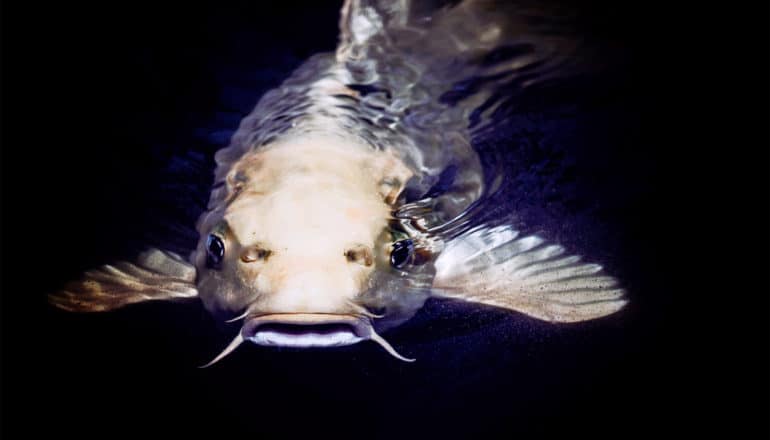 Scientists used a powerful X-ray imaging system to discover how catfish move joints throughout their head in a concerted manner to suck in their prey.

The imaging system, which tracked catfish as they caught and swallowed prey, helped scientists develop a precise understanding of the complex set of motions required to create the suction necessary to eat. They found that many of the bones in the catfish skull work in a coordinated manner to catch food—but move more independently when it’s time to swallow.

“Fish have the most mobile skulls of vertebrates,” says Aaron Olsen, a postdoctoral research associate in Brown University’s ecology and evolutionary biology department. “Fish have over a dozen moving pieces in their skull, and they’re all connected together by joints and ligaments in these closed loops called ‘linkages’ in engineering.

“In comparison, humans have moving lower jaws and middle ear bones, but that’s it. The heads of fishes also have very diverse shapes, so we can study how these complex systems evolved in lots of different linages of fishes.”

To make the observations, researchers used a 3D-imaging technology called X-ray Reconstruction of Moving Morphology (XROMM). The technology combines CT scans of a skeleton with high-speed X-ray video, aided by tiny implanted metal markers, to create visualizations of how bones and muscles move inside humans and animals.

The technique is so precise that scientists can track movements with errors equivalent to only the width of a human hair.

“XROMM basically gives us X-ray vision to watch how multiple bones move within an animal as they perform a behavior,” Olsen says.

In this study, the team used XROMM to watch three catfish catch and swallow prey—including food pellets, bits of squid, and earthworms. First, the fish move their whisker-like barbels back and forth in the tank.

Immediately after a barbel touches a piece of food, four primary bones that surround the mouth and throat expand outward in a consistent and coordinated manner to form the suction necessary to catch it.

On the other hand, these bones move more independently and less consistently as the fish swallow. Olsen isn’t certain why swallowing is less coordinated.

Previous research from the lab of professor and senior researcher Elizabeth Brainerd used XROMM to study the feeding behavior of other fish, including bass and sharks. Largemouth bass protrude their jaws, which helps catch prey, but catfish can’t protrude their jaws that way, Olsen says. Instead, the bone critical for that action in bass evolved into the base of the whisker-like barbels in catfish.

Bamboo sharks are distantly related to all bony fish, including catfish. However, both bamboo sharks and catfish have powerful shoulders, or pectoral girdles, that both species move extensively during feeding, Olsen says.

Olsen is in the process of constructing a model to explain how the bones and ligaments that comprise the catfish skull move together as a complex system.

The paper appears in the Proceedings of the Royal Society B. Additional coauthors are from Brown and George Washington University. The National Science Foundation and the Bushnell Research and Education Fund supported the research.

The post Scientists use ‘x-ray vision’ to see how catfish nab prey appeared first on Futurity. 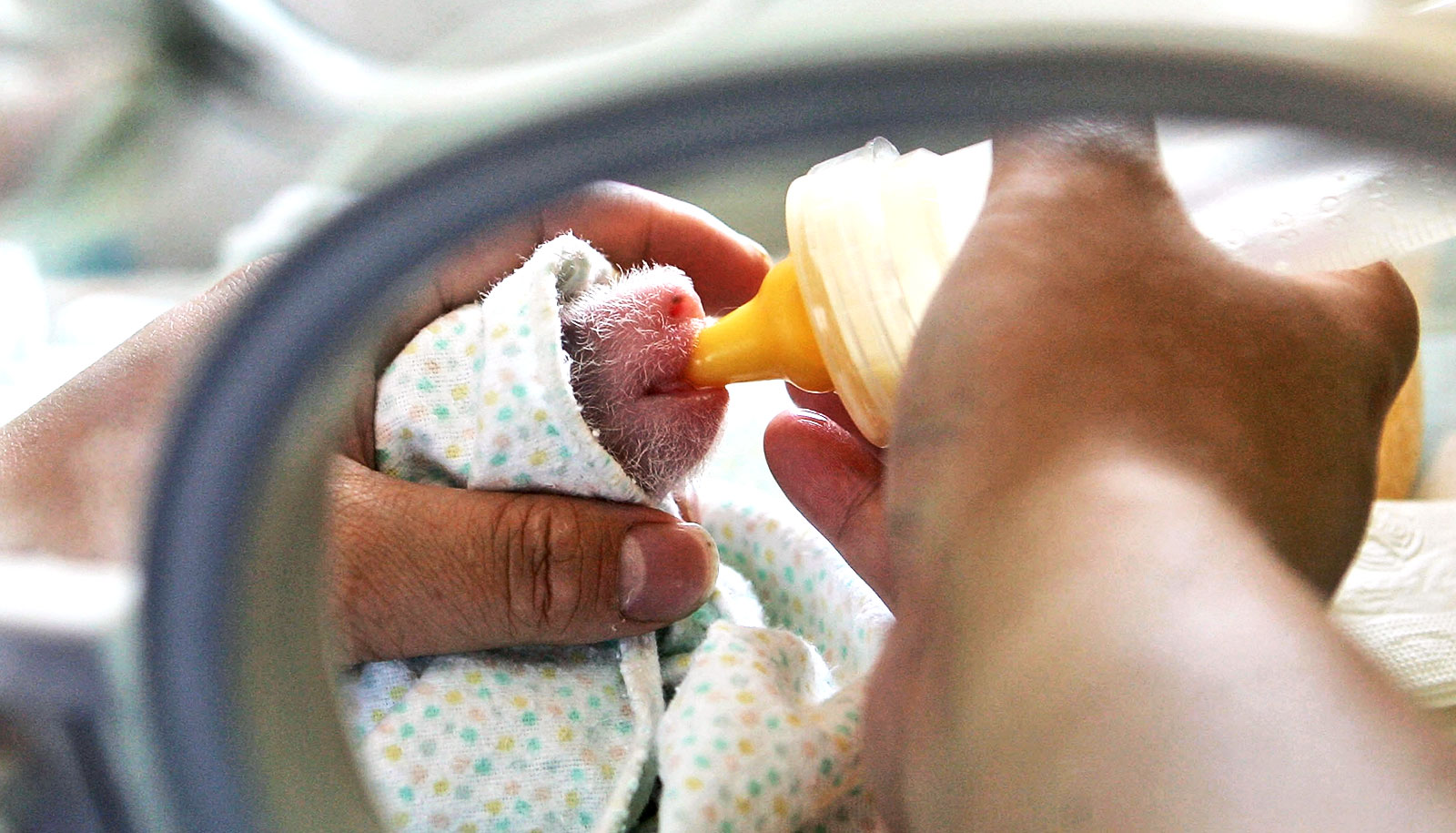 Bone scans: Why do giant pandas have teeny-tiny babies? 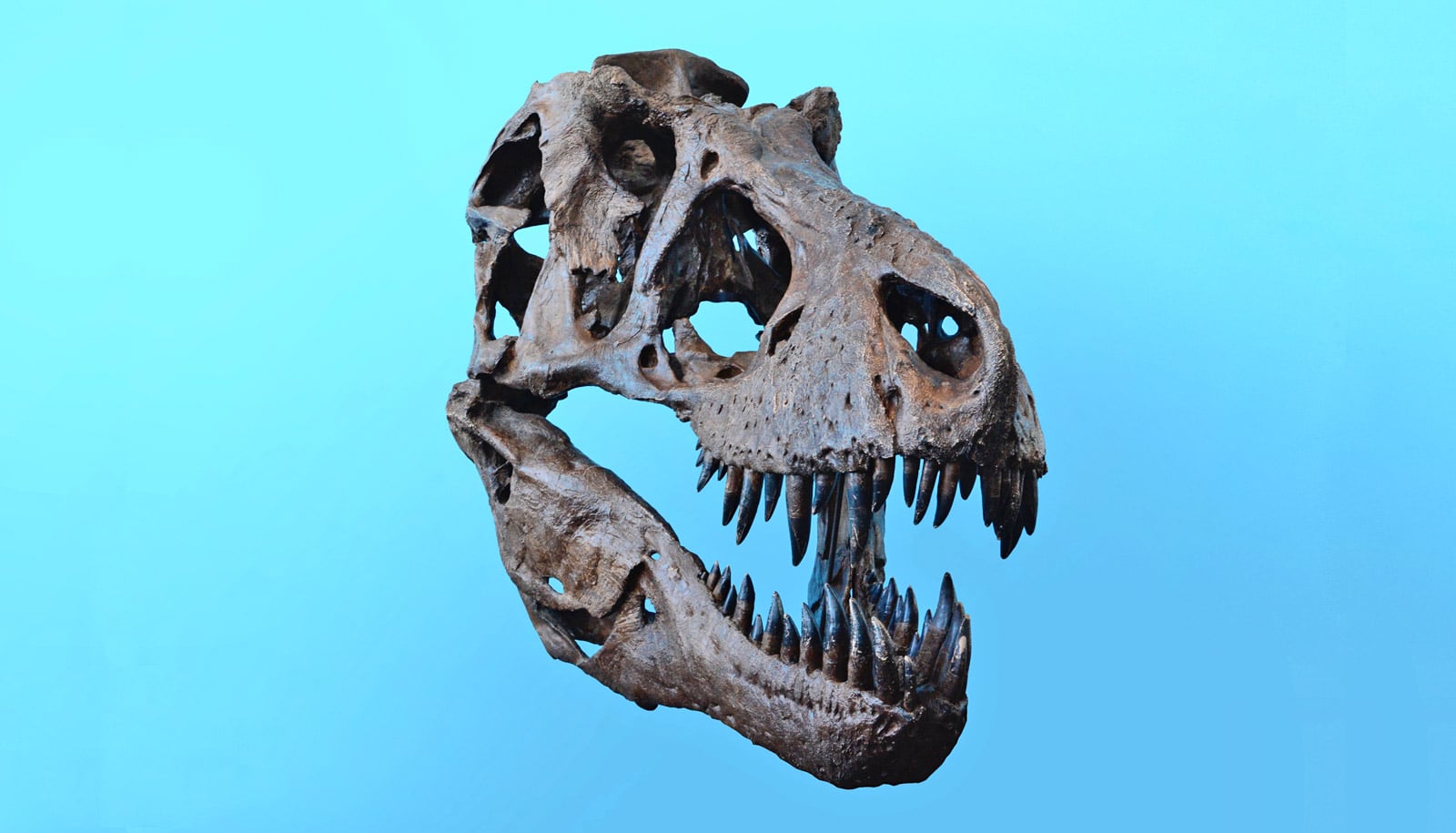 How T. rex’s 6-ton bite didn’t break its own skull