Current seizure tracking systems tether patients to a machine. The new sensor could give them more freedom. 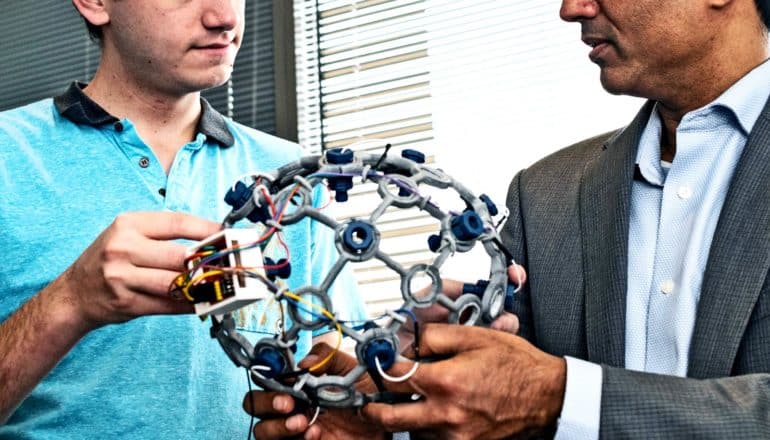 Wiring a brain to record epileptic seizures binds a patient to a machine. It’s uncomfortable, to say the least, but engineering students want to untether them.

A team of electrical and computer engineering majors at Rice University’s Brown School of Engineering are developing an instrument to gather signals from a patient’s brain and send them to the computer wirelessly.

“Far down the road, with our system, a patient could bypass those hospital-related costs in addition to getting rid of context dependency.”

They hope their effort, part of the seniors’ capstone design requirement, will someday aid patients with epilepsy of the sort that medications can’t help, but may require surgical removal of small parts of the brain where seizures originate. First, doctors must figure out which parts are relevant, and to do so requires implanting electrodes that collect data during seizures.

“That means patients need to be in the hospital for a long enough period to get the large sample size of seizures they need to understand where they’re coming from,” junior Aiden Curtis says. “There are a lot of costs associated with that, including psychological costs. Patients have to stay connected, and can’t move around. They can’t go home.”

“These patients are already struggling because their seizures are at the point where they don’t have any quality of life,” senior Benjamin Klimko adds. “And it turns out a lot of people with intractable epilepsy have context dependency, so if they can’t move, they might not have as many seizures.”

Because that means longer and more expensive hospital stays, any degree of freedom would be a welcome relief, Klimko says.

“Far down the road, with our system, a patient could bypass those hospital-related costs in addition to getting rid of context dependency,” he says.

The students are working with Nitin Tandon, a professor of neurosurgery at the McGovern Medical School at the University of Texas Health Science Center at Houston, and Caleb Kemere, an assistant professor of electrical and computer engineering. Their proof-of-concept system shows high-quality data collected from electrodes in the brains of rodents transmitted wirelessly to a computer.

“This prototype, their embodiment of this method of wireless recording and transmission, gives us hope that we can do this in the near future,” Tandon says.

“We used mostly off-the-shelf components for this, but to get to the next, more evolved level, we would need more complex and tailor-made hardware solutions.”

Tandon is also director of the epilepsy surgery program at Memorial Hermann-Texas Medical Center and an adjunct professor of electrical and computer engineering at Rice. He worked with another team last year on a technique to simplify the placement of electrodes in patients.

“The chip we chose also has Bluetooth capability, so theoretically we could transmit data to a phone.”

The students’ custom circuit board currently collates signals from six implants in a model rodent and sends them wirelessly via radio frequency.

“The chip we chose also has Bluetooth capability, so theoretically we could transmit data to a phone,” senior Irene Zhang says, “but we’re implementing it with a proprietary radio frequency protocol for the higher data rate.”

For now, “The receiver will be hooked up to a computer to display the data,” senior Andres Gomez says, “but the fact is that you, the patient, can be mobile.”

The data will likely come from one of two types of implant: stereoelectroencephalography (sEEG) or electrocorticography. In the first, single electrodes are implanted through a hole in the skull to monitor single or small groups of neurons. In the latter, a mesh is implanted under the skull to gather local field potential data from thousands or perhaps millions of neurons.

Because of the complexity of the latter surgery, which involves removing a large piece of the skull, the students are gathering data from six sEEG implants. They attach their nodes to wires that protrude from the skull, which in turn send data to the central wireless unit.

The students worked on their project at Oshman Engineering Design Kitchen and presented it to the public at the annual Engineering Design Showcase by fitting visitors with a 3D-printed cap with electroencephalogram sensors and their transmitter, which sent real-time data to a visual display.

For its efforts, the team received an invitation to the IEEE International Symposium on Circuits and Systems in Sapporo, Japan, in May as a finalist in the student design competition. 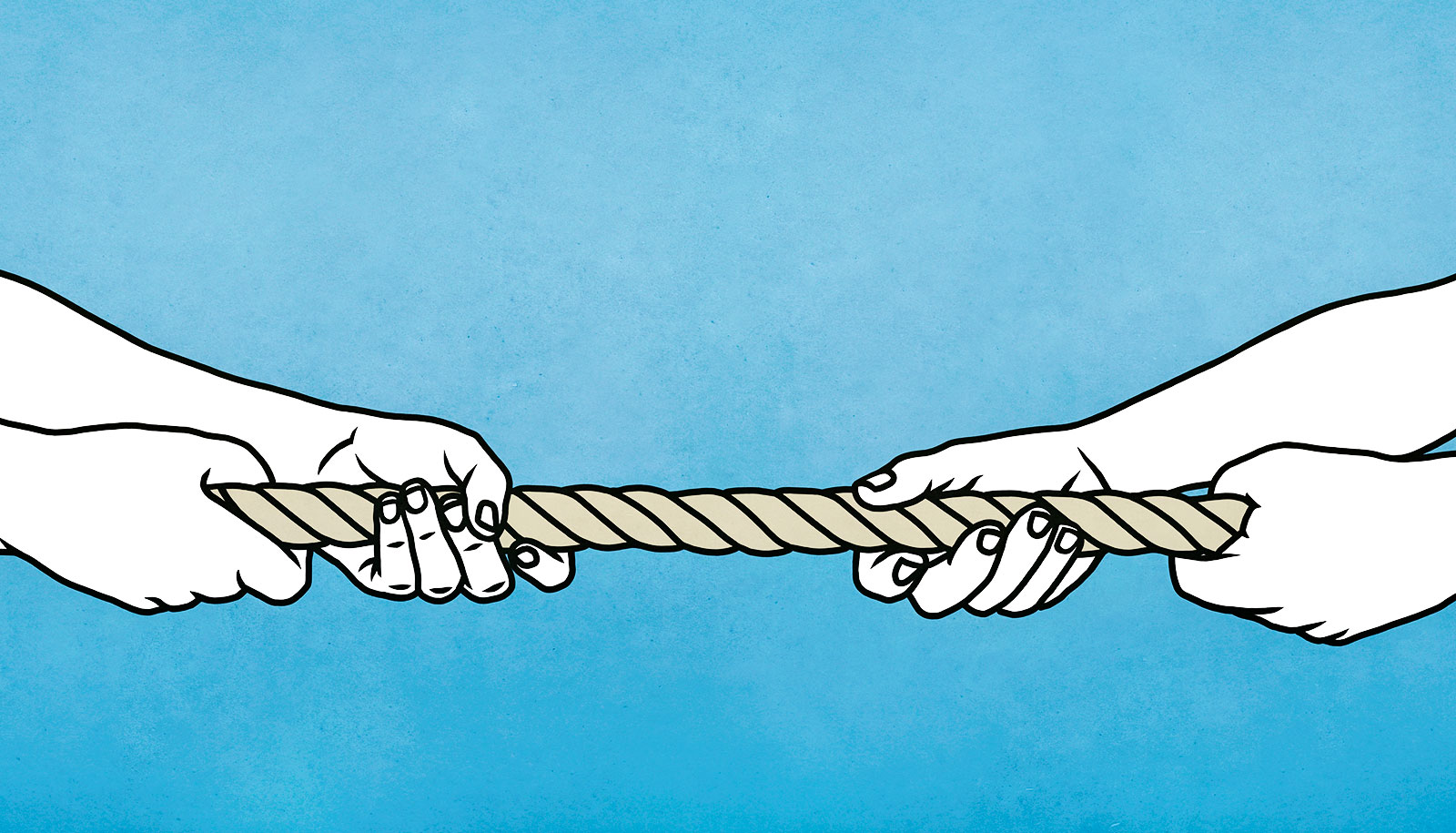 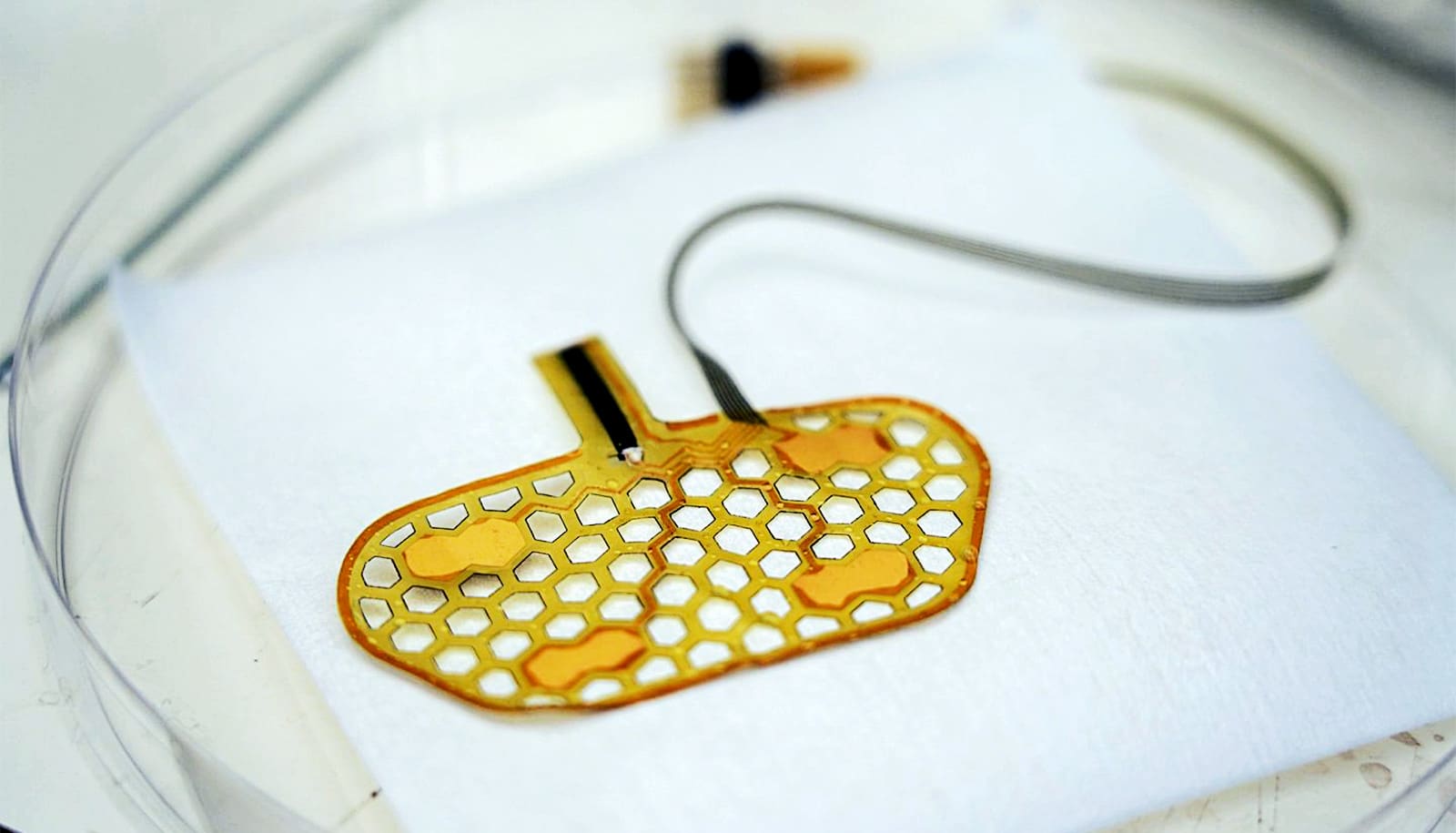