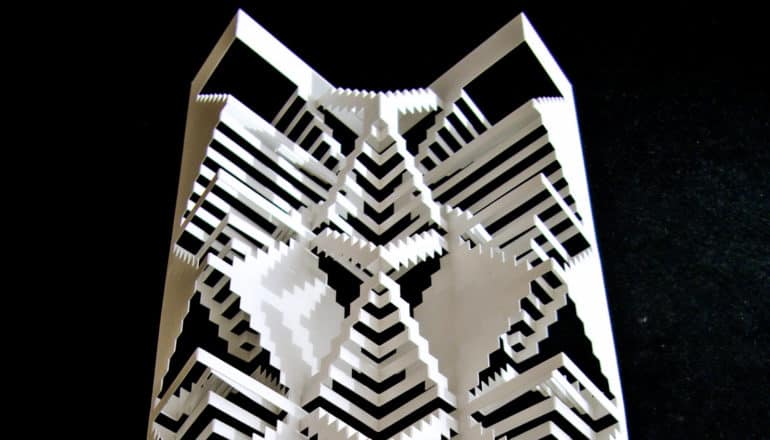 A light-spinning device inspired by the Japanese art of paper cutting can detect microscopic twists in the internal structure of plant and animal tissue without harmful X-rays.

The approach is the first that can fully rotate terahertz radiation in real time, and it could open new dimensions in medical imaging, encrypted communications, and cosmology.

The researchers are most interested in using terahertz rays to identify biological tissues through the twists in, or chirality of, their structures. A tissue’s chirality affects how much it absorbs twisted radiation.

Terahertz radiation is the band of electromagnetic waves that runs from infrared radiation down to the range of the “millimeter scanners” that peer through your clothing at airports. It can travel about a quarter of an inch into the body, but unlike X-rays, it’s non-ionizing—meaning it doesn’t free up potentially damaging electrical charges in the body.

“Our bodies have a lot of twisted structures that are close enough to the surface for terahertz photons to penetrate: vessels, ligaments, muscle fibers, molecules, and even some helical bacteria,” says Nicholas Kotov, professor of engineering at the University of Michigan and a corresponding author of the study in Nature Materials.

He believes it may be possible to gain medically relevant information about the working behaviors of these tissues using terahertz imaging. However, as with X-rays, it is difficult to tell the difference between soft tissues in terahertz scans.

With an eye to exploring how chirality may help distinguish tissues, the team gathered everyday biological materials to look for differences in the absorption of clockwise- or counter-clockwise-rotating radiation in the terahertz spectrum. They studied a maple leaf, a dandelion flower, pork fat, and the wing case of an iridescent beetle. While the leaf and fat showed no difference in absorption of clockwise or counter-clockwise radiation, the flower and wing case preferentially absorbed the one over the other, revealing microscopic twists in their structures.

This technique, called circular dichroism spectroscopy, was impractical in the terahertz range until now. Other parts of the electromagnetic spectrum, such as visible light, can be twisted with natural crystals, but the twisting power was limited for terahertz radiation or else it couldn’t be done in real time.

The new device is a deceptively simple—essentially a plastic ribbon, printed with a gold herringbone pattern and sliced with staggered rows of tiny cuts. The incisions are influenced by the Japanese art of kirigami, which uses arrangements of cuts to create 3D structures from paper.

When the ribbon is stretched, the cuts open up and the slices of ribbon twist. The gold lines then guide the radiation, twisting it in turn. In radiation, twisting is called “circular polarization,” which is the same optical phenomenon that is used in liquid crystal displays (LCDs).

“We all might have an experience of playing with paper crafting when we were young, but there were no design rules for a 3D chiral optical devices built using only folding and cutting. So, we started from scratch and tested many models through both simulations and experiments,” says Wonjin Choi, a PhD student in materials science and engineering and co-first author of the study.

The team proposes the same design could be scaled for other types of radiation as well, with larger patterns interacting with microwaves or radio waves, or shrinking the pattern down to manipulate infrared light.

Because spinning terahertz light wasn’t widely studied, one of the team’s challenges was figuring out how to see whether the kirigami device worked at all.

“The conventional ways of measuring terahertz radiation are limited to how much energy is lost as it travels through a sample, which is not enough for our case,” says Gong Cheng, a PhD student in physics at the University of Michigan and co-first author.

By stacking linear polarizers, rotated with respect to one another, in the path of the beam, they could make measurements to reveal the circular polarization.

In addition to imaging living tissues, terahertz circular dichroism spectroscopy could also aid the development of new medicines based on large biological molecules such as proteins and antibodies.

Support for the study came from the Defense Advanced Research Projects Agency and the Department of Defense’s Vannevar Bush Fellowship. The chiral kirigami modulator was built in the Lurie Nanofabrication Facility. 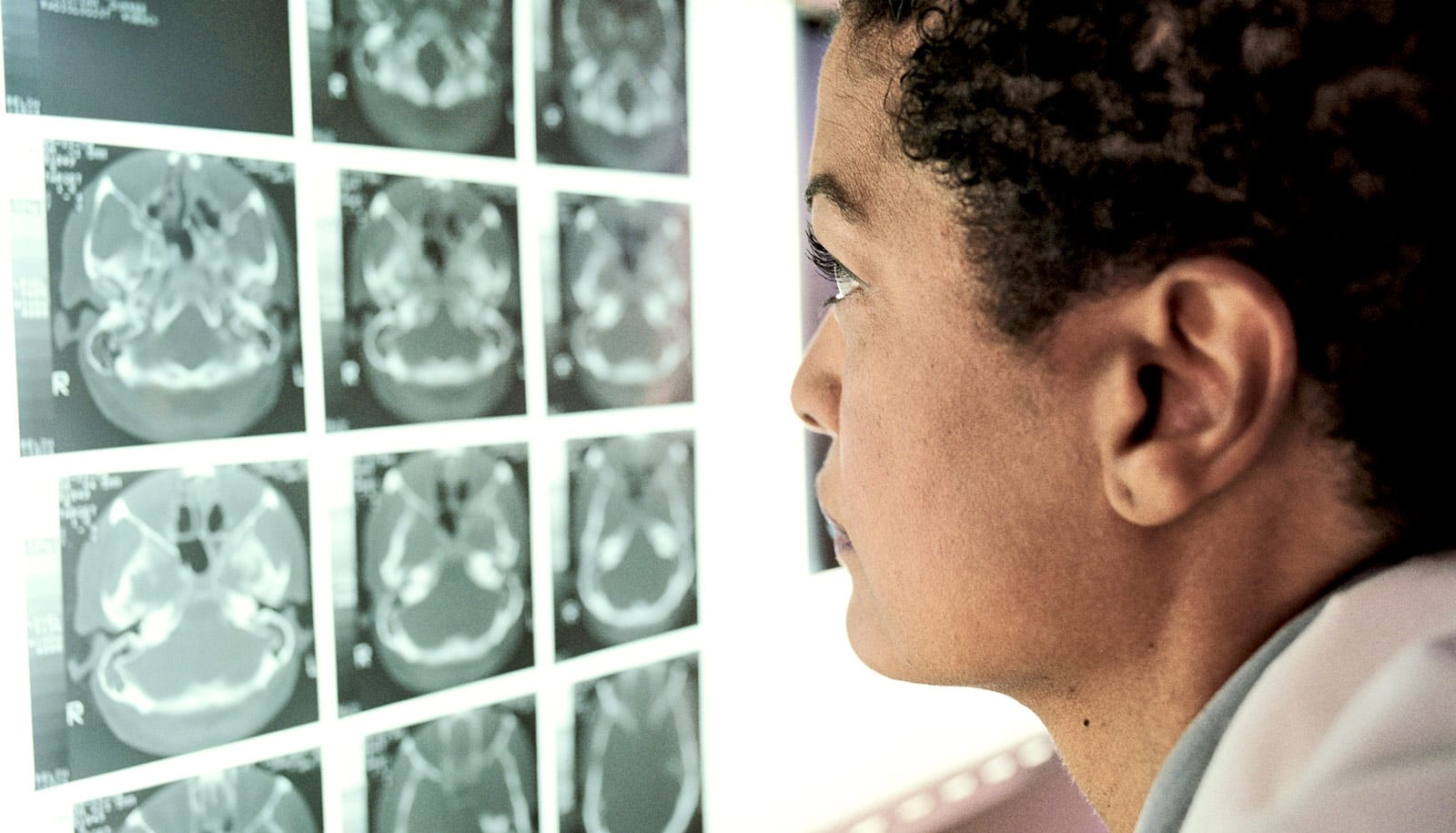 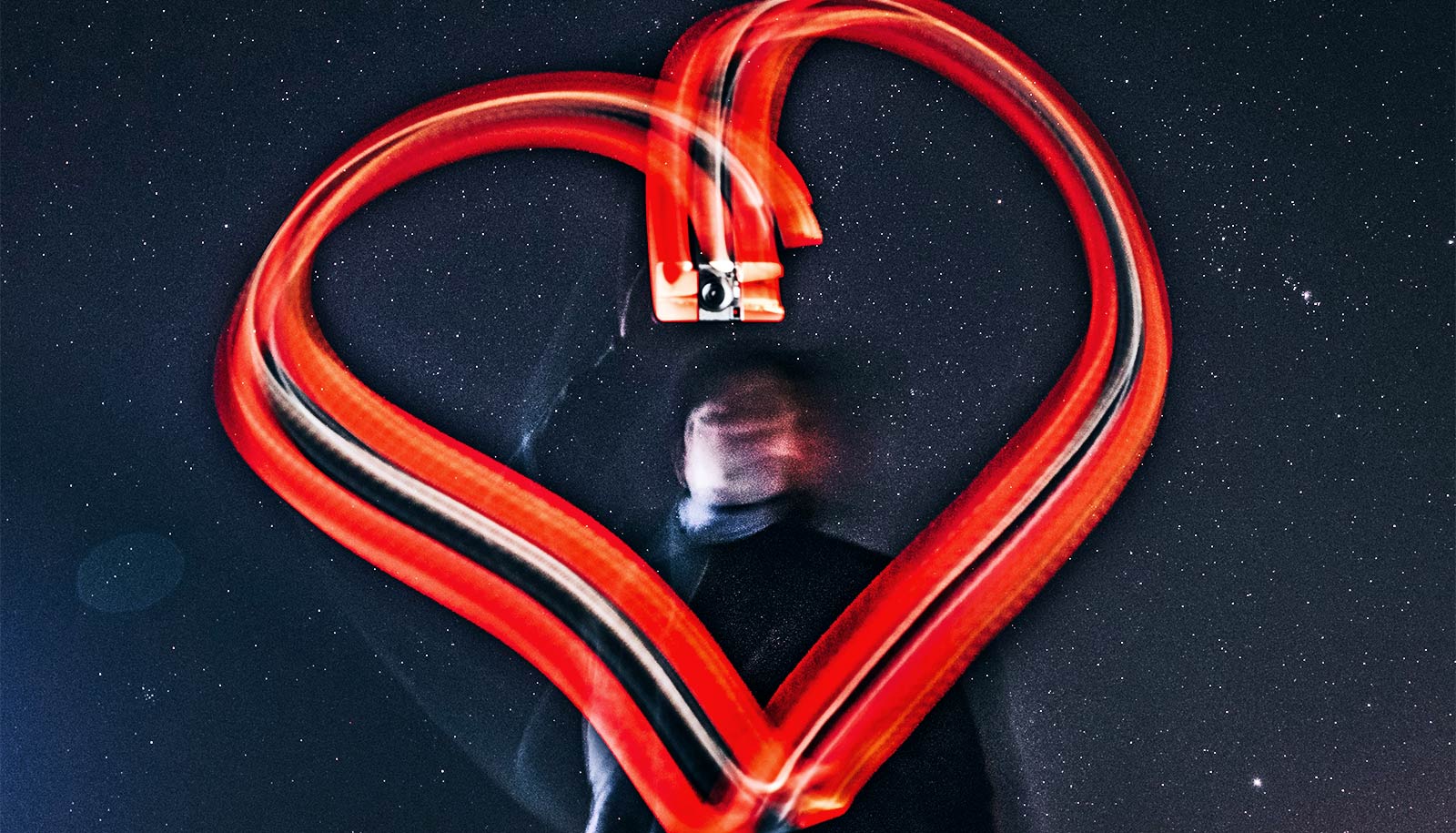 Could light and sound rid heart imaging of scary radiation?