"For everything we envision people needing or wanting to do to become independent... they really need two hands working together." 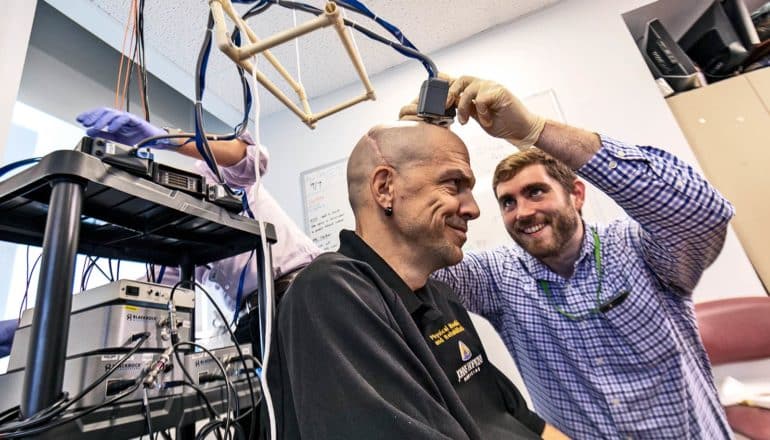 For the first time, researchers have demonstrated simultaneous control of two of the world’s most advanced prosthetic arms through a brain-machine interface, according to a new study.

The team reports also developing strategies for providing sensory feedback for both hands at the same time using neural stimulation.

“We are trying to enable a person with quadriplegia to use a direct neural interface to simultaneously control two assistive devices and, at the same time, feel touch sensation when the devices make contact with objects in the environment,” says Brock Wester, a biomedical engineer at Johns Hopkins University’s Applied Physics Laboratory and principal investigator for the study.

“It has significant implications for restoring capabilities to patients with high spinal cord injuries and neuromuscular diseases” he says. “For everything we envision people needing or wanting to do to become independent—tie their shoes, catch and throw a ball, squeeze toothpaste onto a toothbrush—they really need two hands working together.”

The breakthroughs are the latest developments in Revolutionizing Prosthetics (RP), a program the Defense Advanced Research Projects Agency launched in 2006 to rapidly improve upper-extremity prosthetic technologies and provide new means for users to operate them.

The original vision of the RP program, to create a neurally integrated prosthetic arm with human-like capabilities, resulted in the Modular Prosthetic Limb (MPL).

“As we integrated new capabilities into the MPL, such as fingertip sensors for force, acceleration, slip, and pressure, we started to ask ourselves, ‘what is the best way to feed this information back to our study participants so that they would be able to interact with the environment just as able-bodied people do?'” says Francesco Tenore, APL’s project manager for the new effort.

In addition to developing the MPL, program researchers have explored the use of neural signals to enable “real time” control of prosthetic and intelligent systems.

The program’s initial neural control studies with participants at the University of Pittsburgh and the California Institute of Technology/Rancho Los Amigos focused on the control of a single limb, which three participants succeeded at doing after months of training. This success highlighted the possibilities of neuroprosthetics and laid the groundwork for future studies.

In January, in a first-of-its-kind surgery, Stan Anderson’s team at Johns Hopkins implanted intracortical microelectrode array sensors on both sides of a patient’s brain, in the regions that control movement and touch sensation. As part of the surgery, APL researchers and Crone’s team pioneered a method to identify the best locations for placing the electrodes using real-time mapping of brain activity during the surgery.

The research team completed several assessments of the neural signals acquired from the motor and sensory areas of the brain, and they’ve studied what the patient feels when the hand areas of his brain are stimulated.

The results from these experiments highlight the potential for patients to sense more information about the prosthetic limb or the environment with which they are interacting.

With these tests and the successful surgery, the team has already tallied several “firsts” in the field of brain-machine interfaces.

“For the first time, our team has been able to show a person’s ability to ‘feel’ brain stimulation delivered to both sides of the brain at the same time,” says Matthew Fifer, the technical lead on the project. “We showed how stimulation of left and right finger areas in the brain could be successfully controlled by physical touch to the MPL fingers.”

This study benefits from the world’s first human bilateral implant for recoding and stimulation, including 96 electrodes that can deliver very focused neural stimulation to the finger areas of the brain.

“Ultimately, because this is the world’s first bilateral implant, we want to be able to execute motions that require both arms and allow the user to perceive interactions with the environment as though they were coming from his own hands,” Tenore says.

“Our team will continue training with our participant to develop motor and sensory capabilities, as well as to explore the potential for control of other devices that could be used to expand a user’s personal or professional capabilities.”

The post Man controls 2 prosthetic arms with his thoughts appeared first on Futurity. 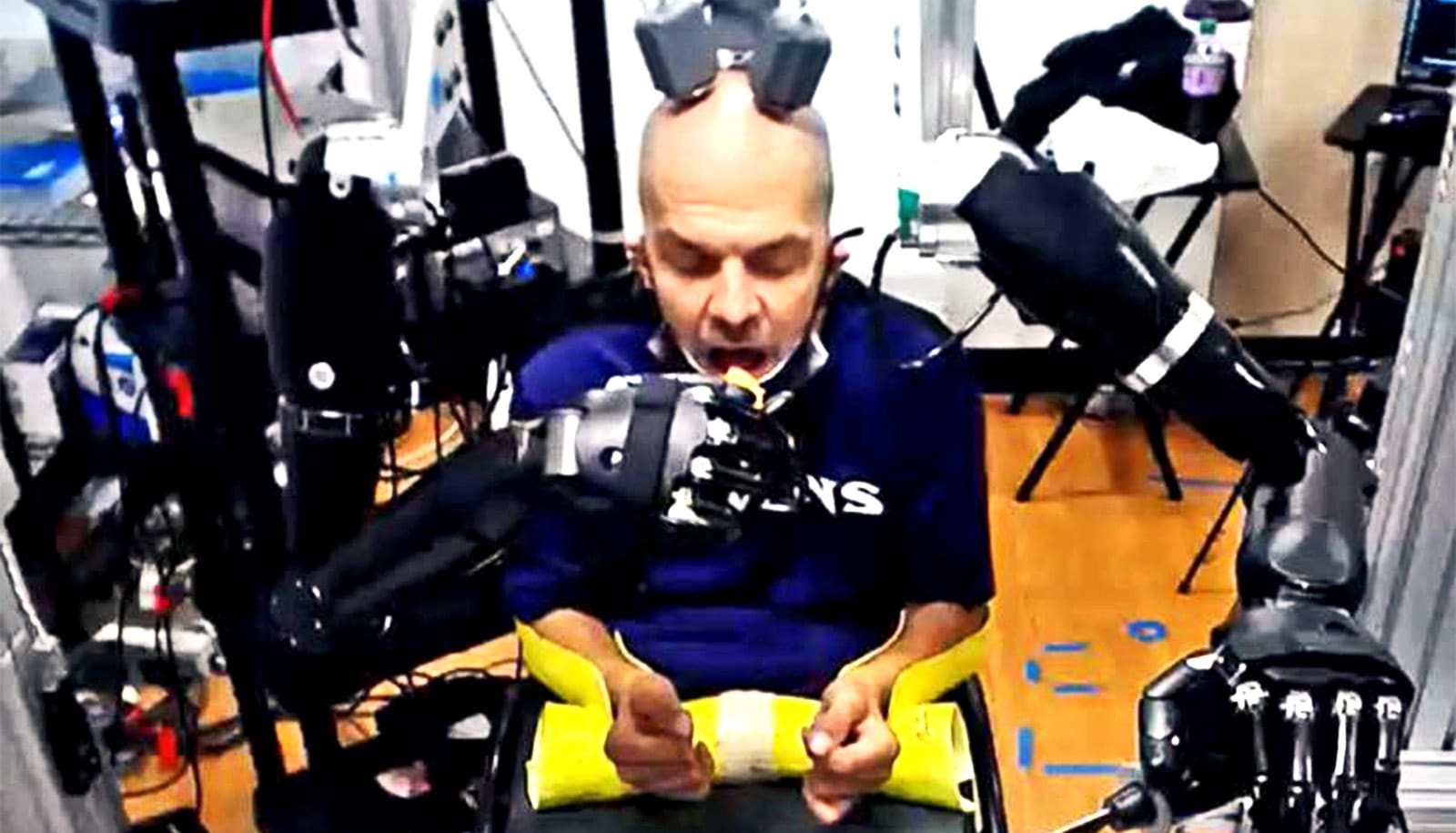 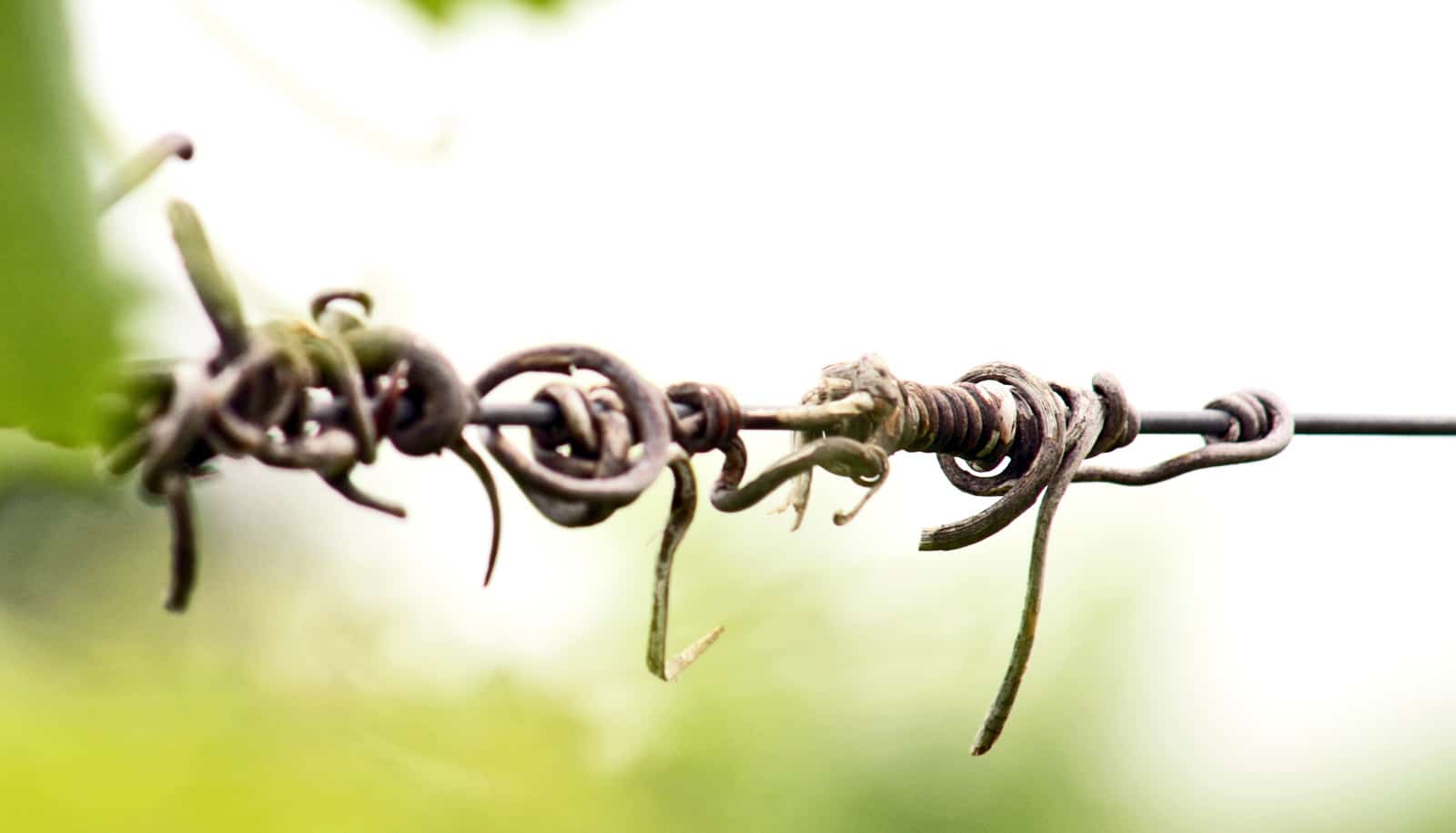