Astronomers accidentally caught a glimpse of an "invisible" galaxy so mysterious that scientists weren't sure it actually existed. 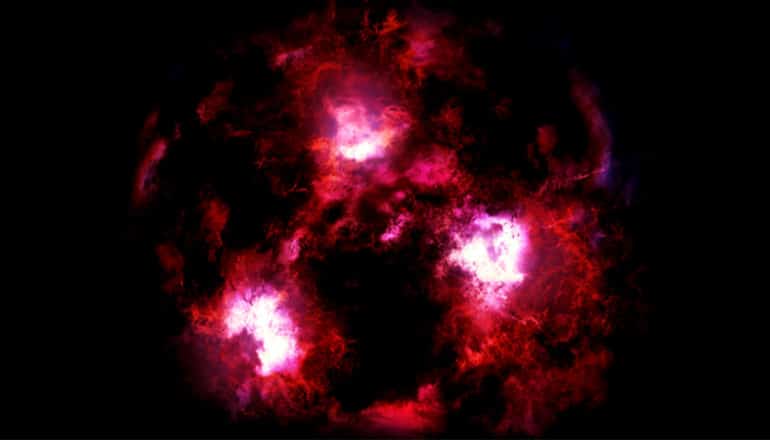 Astronomers have accidentally discovered the footprints of a “monster galaxy” in the early universe that has never been seen before.

Like a cosmic Yeti, the scientific community generally regarded these galaxies as folklore, given the lack of evidence of their existence, but astronomers managed to snap a picture of the beast for the first time.

The discovery provides new insights into the first growing steps of some of the biggest galaxies in the universe.

Lead author Christina Williams, an astronomer from the University of Arizona, noticed a faint light blob in new sensitive observations using the Atacama Large Millimeter Array, or ALMA, a collection of 66 radio telescopes high in the Chilean mountains. Strangely enough, the shimmering seemed to be coming out of nowhere, like a ghostly footstep in a vast dark wilderness.

“It was very mysterious because the light seemed not to be linked to any known galaxy at all,” says Williams, a National Science Foundation postdoctoral fellow at the Steward Observatory. “When I saw this galaxy was invisible at any other wavelength, I got really excited because it meant that it was probably really far away and hidden by clouds of dust.”

The researchers estimate that the signal came from so far away that it took 12.5 billion years to reach Earth, therefore giving us a view of the universe in its infancy. They think that the warm glow of dust particles heated by stars forming deep inside a young galaxy caused the observed emission. The giant clouds of dust conceal the light of the stars themselves, rendering the galaxy completely invisible.

“We figured out that the galaxy is actually a massive monster galaxy with as many stars as our Milky Way, but brimming with activity, forming new stars at 100 times the rate of our own galaxy,” says coauthor Ivo Labbé of the Swinburne University of Technology in Melbourne, Australia.

The discovery may solve a long-standing question in astronomy, the authors say. Recent studies found that some of the biggest galaxies in the young universe grew up and came of age extremely quickly, a result that scientists don’t understand theoretically. Massive mature galaxies are observable when the universe was only a cosmic toddler at 10% of its current age. Even more puzzling is that these mature galaxies appear to come out of nowhere: astronomers never seem to catch them while they are forming.

Smaller galaxies have been seen in the early universe with the Hubble Space Telescope, but such creatures are not growing fast enough to solve the puzzle. Other monster galaxies have also been previously reported, but those sightings have been far too rare for a satisfying explanation.

“Our hidden monster galaxy has precisely the right ingredients to be that missing link,” Williams explains, “because they are probably a lot more common.”

Exactly how many of them there are is an open question. The observations for the current study were made in a tiny part of the sky, less than 1/100th the disc of the full moon. Like the Yeti, finding footprints of the mythical creature in a tiny strip of wilderness would either be a sign of incredible luck or a sign that monsters are literally lurking everywhere.

“JWST will be able to look through the dust veil so we can learn how big these galaxies really are and how fast they are growing, to better understand why models fail in explaining them.”

But for now the monsters are out there, shrouded in dust and a lot of mystery.

The research appears in the Astrophysical Journal. Funding for the study came from the National Science Foundation. 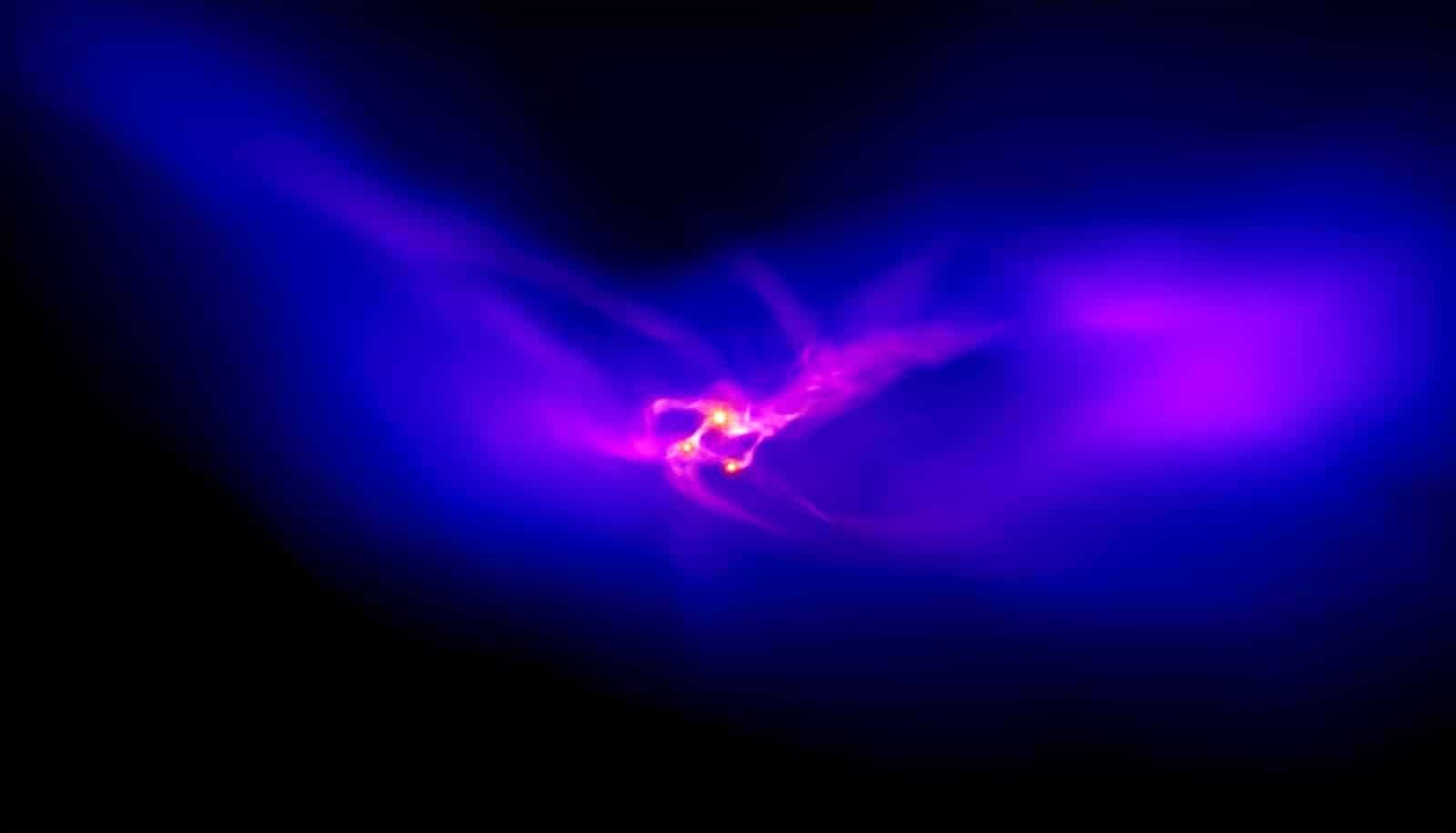 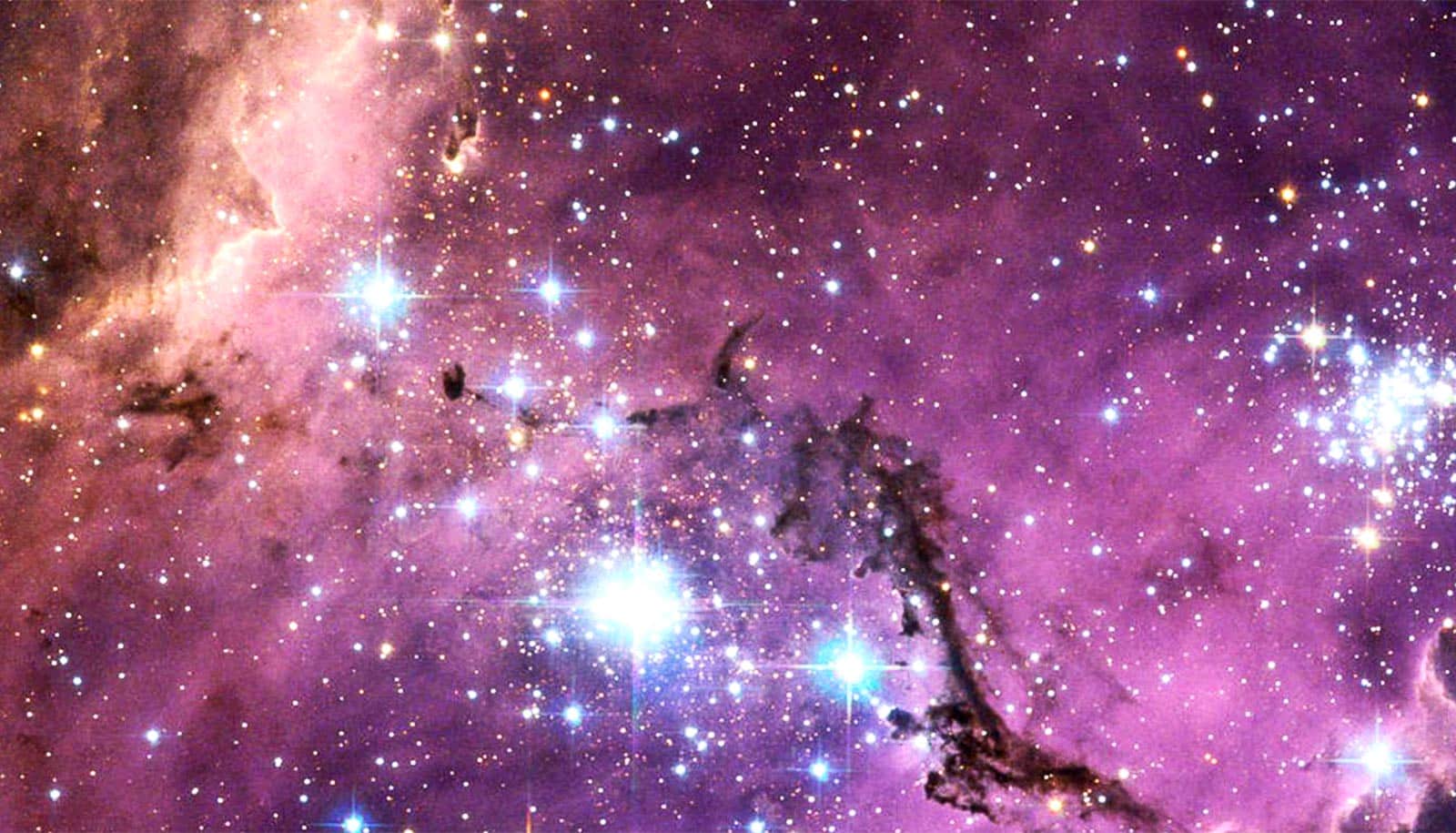