MIT conference focuses on preparing workers for the era of artificial

As automation rises in the workplace, speakers explore ways to train students and reskill workers.

In opening yesterday’s AI and the Work of the Future Congress, MIT Professor Daniela Rus presented diverging views of how artificial intelligence will impact jobs worldwide.

Rus then quoted a World Economic Forum study estimating AI could help create 133 million new jobs worldwide over the next five years. Juxtaposing this optimistic view, however, she noted a recent survey that found about two-thirds of Americans believe machines will soon rob humans of their careers. “So, who is right? The economists, who predict greater productivity and new jobs? The technologists, who dream of creating better lives? Or the factory line workers who worry about unemployment?” Rus asked. “The answer is, probably all of them.”

Her remarks kicked off an all-day conference in Kresge Auditorium that convened experts from industry and academia for panel discussions and informal talks about preparing humans of all ages and backgrounds for a future of AI automation in the workplace. The event was co-sponsored by CSAIL, the MIT Initiative on the Digital Economy (IDE), and the MIT Work of the Future Task Force, an Institute-wide effort launched in 2018 that aims to understand and shape the evolution of jobs during an age of innovation.

Rus, a self-described “technology optimist,” drove home a point that echoed throughout all discussions of the day: AI doesn’t automate jobs, it automates tasks. Rus quoted a recent McKinsey Global Institute study that estimated 45 percent of tasks that humans are paid to do can now be automated. But, she said, humans can adapt to work in concert with AI — meaning job tasks may change dramatically, but jobs may not disappear entirely. “If we make the right choices and the right investments, we can ensure that those benefits get distributed widely across our workforce and our planet,” Rus said.

Common topics throughout the day included reskilling veteran employees to use AI technologies; investing heavily in training young students in AI through tech apprenticeships, vocational programs, and other education initiatives; ensuring workers can make livable incomes; and promoting greater inclusivity in tech-based careers. The hope is to avoid, as one speaker put it, a “job-pocalypse,” where most humans will lose their jobs to machines.

A panel moderated by David Mindell, the Dibner Professor of the History of Engineering and Manufacturing and a professor of aeronautics and astronautics, focused on how AI technologies are changing workflow and skills, especially within sectors resistant to change. Mindell asked panelists for specific examples of implementing AI technologies into their companies.

In response, David Johnson, vice president of production and engineering at Nissan, shared an anecdote about pairing an MIT student with a 20-year employee in developing AI methods to autonomously predict car-part quality. In the end, the veteran employee became immersed in the technology and is now using his seasoned expertise to deploy it in other areas, while the student learned more about the technology’s real-world applications. “Only through this synergy, when you purposely pair these people with a common goal, can you really drive the skills forward … for mass new technology adoption and deployment,” Johnson said.

In a panel about shaping public policies to ensure technology benefits society — which included U.S. CTO Kratsios — moderator Erik Brynjolfsson, director of IDE and a professor in the MIT Sloan School of Management, got straight to the point: “People have been dancing around this question: Will AI destroy jobs?”

“Yes, it will — but not to the extent that people presume,” replied MIT Institute Professor Daron Acemoglu. AI, he said, will mostly automate mundane operations in white-collar jobs, which will free up humans to refine their creative, interpersonal, and other high-level skills for new roles. Humans, he noted, also won’t be stuck doing low-paying jobs, such as labeling data for machine-learning algorithms.

“That’s not the future of work,” he said. “The hope is we use our amazing creativity and all these wonderful and technological platforms to create meaningful jobs in which humans can use their flexibility, creativity, and all the things … machines won’t be able to do — at least in the next 100 years.”

Kratsios emphasized a need for public and private sectors to collaborate to reskill workers. Specifically, he pointed to the Pledge to the America’s Worker, the federal initiative that now has 370 U.S. companies committed to retraining roughly 4 million American workers for tech-based jobs over the next five years.

Responding to an audience question about potential public policy changes, Kratsios echoed sentiments of many panelists, saying education policy should focus on all levels of education, not just college degrees. “A vast majority of our policies, and most of our departments and agencies, are targeted toward coaxing people toward a four-year degree,” Kratsios said. “There are incredible opportunities for Americans to live and work and do fantastic jobs that don’t require four-year degrees. So, [a change is] thinking about using the same pool of resources to reskill, or retrain, or [help students] go to vocational schools.”

Entrepreneurs at the event explained how AI can help create diverse workforces. For instance, a panel about creating economically and geographically diverse workforces, moderated by Devin Cook, executive producer of IDE’s Inclusive Innovation Challenge, included Radha Basu, who founded Hewlett Packard’s operations in India in the 1970s. In 2012, Basu founded iMerit, which hires employees — half are young women and more than 80 percent come from underserved populations — to provide AI services for computer vision, machine learning, and other applications.

A panel hosted by Paul Osterman, co-director of the MIT Sloan Institute for Work and Employment Research and an MIT Sloan professor, explored how labor markets are changing in the face of technological innovations. Panelist Jacob Hsu is CEO of Catalyte, which uses an AI-powered assessment test to predict a candidate’s ability to succeed as a software engineer, and hires and trains those who are most successful. Many of their employees don’t have four-year degrees, and their ages range from anywhere from 17 to 72.

A “media spotlight” session, in which journalists discussed their reporting on the impact of AI on the workplace and the world, included David Fanning, founder and producer of the investigative documentary series FRONTLINE, which recently ran a documentary titled “In the Era of AI.” Fanning briefly discussed how, during his investigations, he learned about the profound effect AI is having on workplaces in the developing world, which rely heavily on manual labor, such as manufacturing lines.

“What happens as automation expands, the manufacturing ladder that was opened to people in developing countries to work their way out of rural poverty — all that manufacturing gets replaced by machines,” Fanning said. “Will we end up across the world with people who have nowhere to go? Will they become the new economic migrants we have to deal with in the age of AI?”

Elisabeth Reynolds, executive director for the MIT Task Force on the Work of the Future and of the MIT Industrial Performance Center, and Andrew McAfee, co-director of IDE and a principal research scientist at the MIT Sloan School of Management, closed out the conference and discussed next steps.

Reynolds said the MIT Task Force on the Work of the Future, over the next year, will further study how AI is being adopted, diffused, and implemented across the U.S., as well as issues of race and gender bias in AI. In closing, she charged the audience with helping tackle the issues: “I would challenge everybody here to say, ‘What on Monday morning is [our] organization doing in respect to this agenda?’”

In paraphrasing economist Robert Gordon, McAfee reemphasized the shifting nature of jobs in the era of AI: “We don’t have a job quantity problem, we have a job quality problem.”

AI may generate more jobs and company profits, but it may also have numerous negative effects on employees. Proper education and training are keys to ensuring the future workforce is paid well and enjoys a high quality of life, he said: “Tech progress, we’ve known for a long time, is an engine of inequality. The great counterbalancing force is education.” 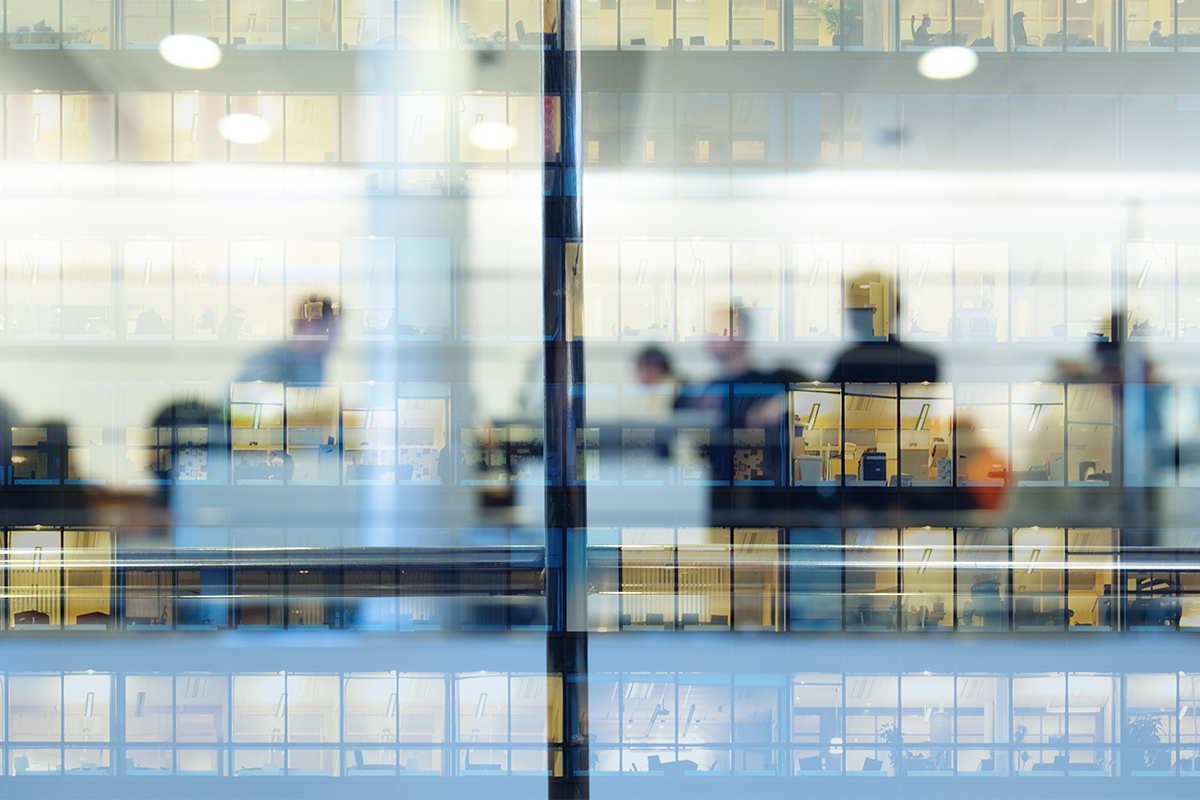