Zooplankton migration is "the greatest migration on Earth. It happens every day and it's amazing." A satellite view reveals the hordes of tiny creatures. 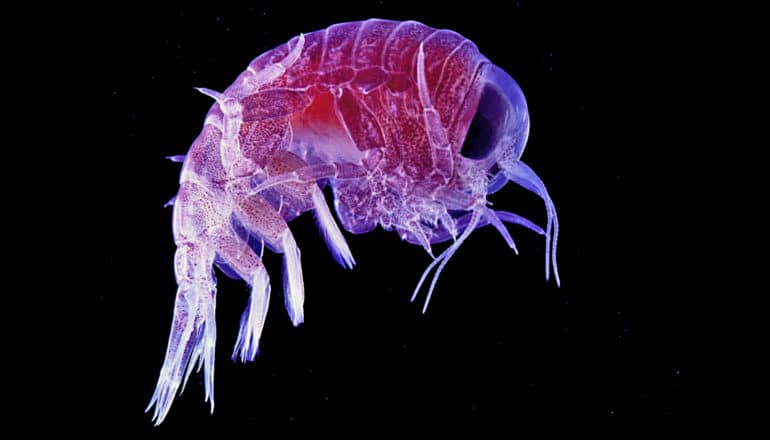 Every night, Zooplankton—microscopic animals that reside in the depths of the ocean—swim to the surface in hordes to feed and in the morning they descend back to their homes.

“It’s the greatest migration on Earth,” says oceanographer David Siegel of the University of California, Santa Barbara. “It happens every day and it’s amazing.”

Known as the Diel Vertical Migration (DVM), it also includes larger animals such as some fish and squid. But for scientists like Siegel who are trying to model different ways the ocean removes carbon from the atmosphere, zooplankton are of particular importance because they consume organic material such as phytoplankton and bring that food to the depths, trapping it away from the atmosphere.

It is thought that a significant portion—maybe a third—of the total amount of the organic carbon sequestered in the oceans is done via these migrations. But as large as this voyage is, and for as long as people have known about it (more than 200 years), quantifying the amount of migrating zooplankton on global scales remains difficult.

“You can scoop up a hundred liters of water and do you know how many zooplankton we’re going to catch on average? Zero,” Siegel says.

Fortunately for Siegel and colleagues, there’s NASA. Thanks to the space agency’s Earth-observing Cloud-Aerosol Lidar and Infrared Pathfinder Satellite Observations (CALIPSO) satellite, the researchers determined the spatial and temporal patterns of migrating zooplankton in the ocean. The information gathered will not only help assess the role of migrating zooplankton in ocean carbon sequestration, but also add to our understanding of the changing climate. It also has implications for the global economy.

The results of the team’s observation, led by Michael Behrenfeld at Oregon State University, appear in the journal Nature.

For the first time, the researchers were able to observe this climate-influencing phenomenon globally in a joint venture between NASA and the French space agency CNES. Though CALIPSO’s laser was designed to measure clouds and atmospheric aerosols, it can also penetrate more than 20 meters (about 66 feet) into the ocean’s surface layer and provide an optical signal of DVM animals, such as krill, copepods, and small squid.

“What the lidar from space allowed us to do is sample these migrating animals on a global scale every 16 days for 10 years,” says Behrenfeld. “We’ve never had anywhere near that kind of global coverage to allow us to look at the behavior, distribution, and abundance of these animals.”

Using the space laser, the scientists have access to information that could answer longstanding questions about the DVM animals’ habits and how they contribute to the complex and interlocking mechanisms of carbon sequestration, including the biological pump (biological debris that sink very slowly to the ocean bottom), and the particle injection pumps that involve currents, carnivorous migrating animals, and other mechanisms that push particles and dissolved carbon in various directions over shorter timescales.

“What researchers haven’t had is any sort of global dataset to calibrate those models with, to tell them where these migrators are most important, where they’re most abundant and how they change over time,” Behrenfeld says. “The new satellite data gives us an opportunity to now combine satellite observations with the models and do a better job quantifying the impact of this enormous animal migration on the Earth’s carbon cycle.”

The satellite data are also relevant to global fisheries because the DVM animals are an important food source for larger predators that lurk in the depths of the ocean. Those predators are often species of fish that are attractive to commercial fisheries. The larger the DVM signal, the larger the population of fish it can support in the deep sea.

The study focuses primarily on the tropical and subtropical regions of the ocean, which lie between about 45 degrees North latitude and 45 degrees South latitude. Researchers found that migrating animals are a greater fraction of the total animal population in clearer waters where visual predators have an advantage. In murkier, food-rich regions, the abundance of DVM animals is higher, but they represent a smaller fraction of the total animal population because visual predators are at a disadvantage, so many animals simply stay near the surface both day and night.

“The CALIPSO experience and this study in particular showed something that came as a surprise to many: that lidars have the sensitivity to provide scientifically useful measurements from space,” says Chris Hostetler, a scientist at Langley and coauthor of the study. “I think we are just scratching the surface of exciting new ocean science that can be accomplished with lidar.” 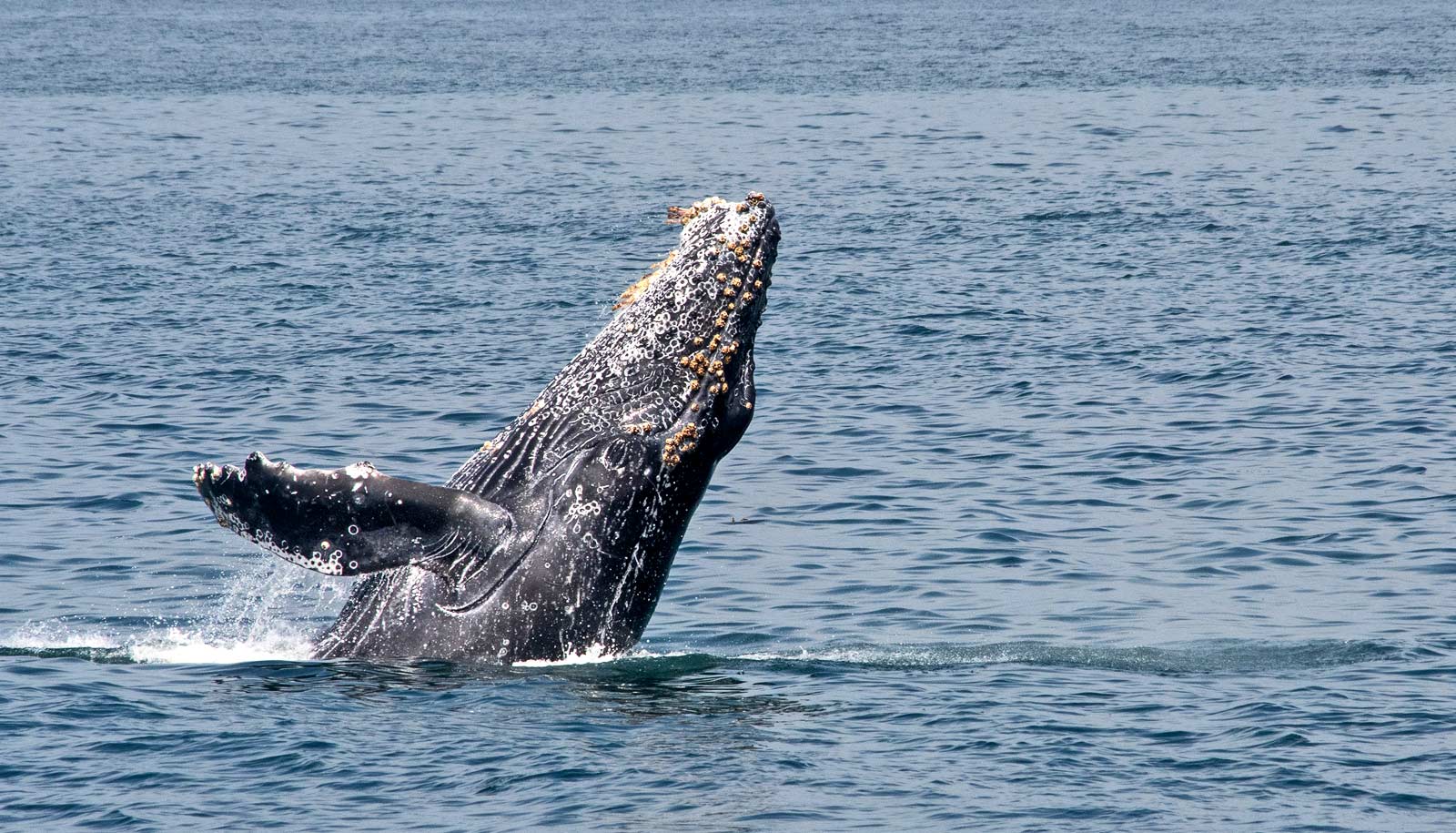 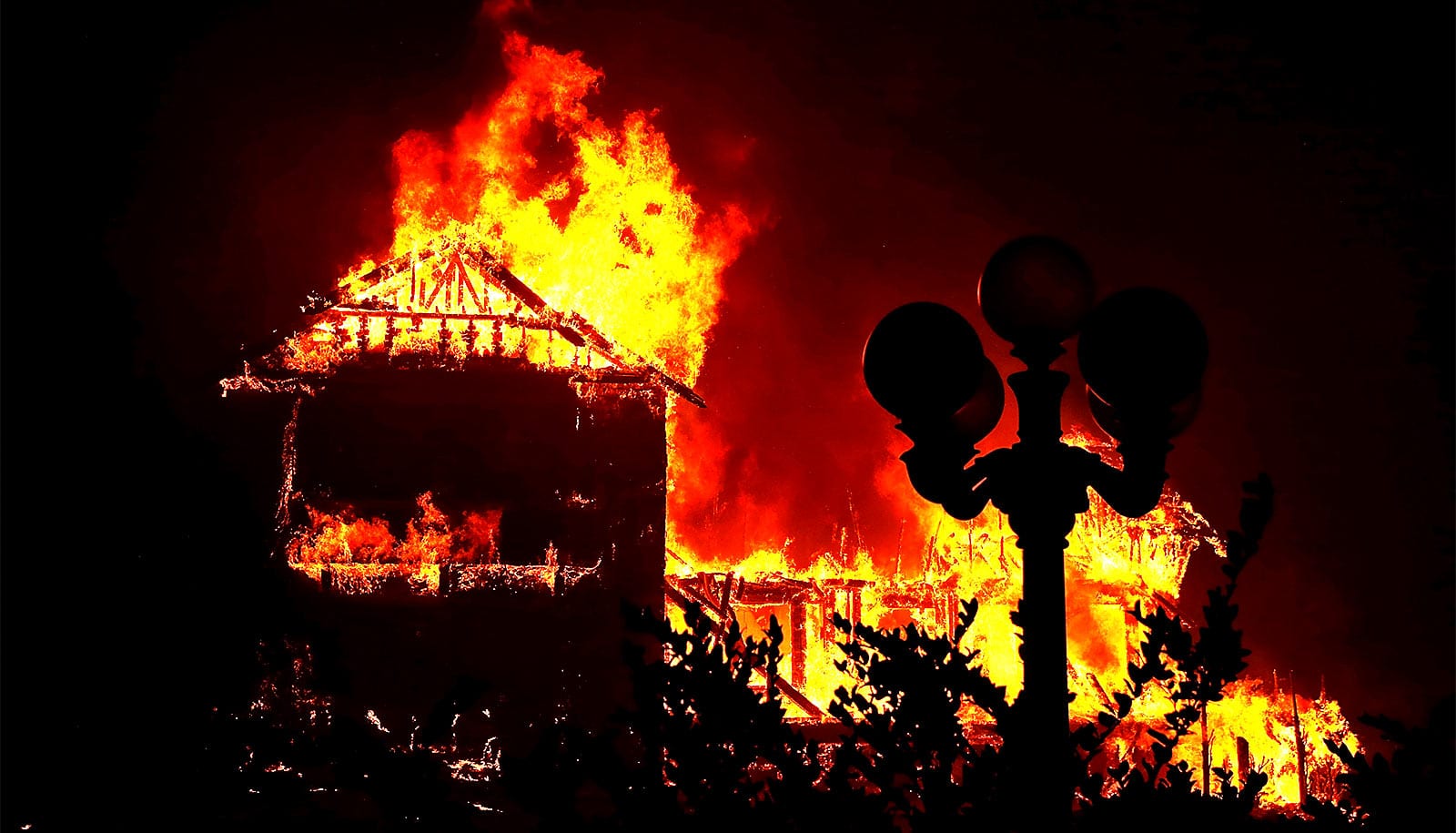 Satellite data and an app could warn us of wildfire threats