Two human teeth with holes drilled through them served as jewelry, report researchers, who discovered the 8,500-year-old artifacts in Turkey. 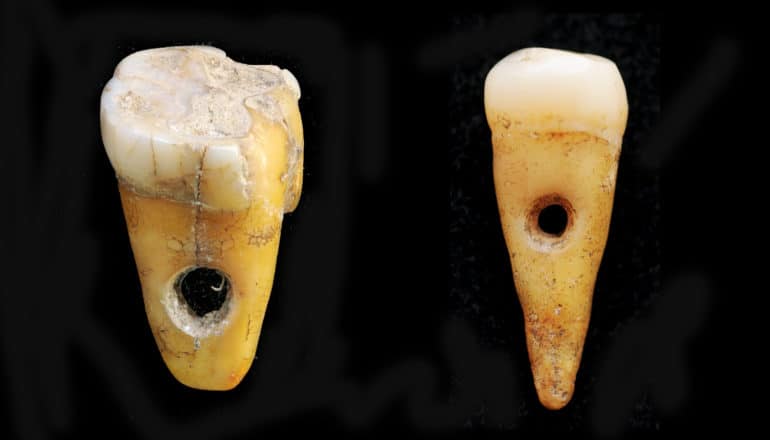 At a prehistoric archaeological site in Turkey, researchers discovered unusual pendants for a necklace or bracelet: two 8,500-year-old human teeth.

Researchers have never before documented this practice in the prehistoric Near East, and the rarity of the find suggests that the human teeth were imbued with profound symbolic meaning for the people who wore them.

During excavations at the Neolithic site of Çatalhöyük in Turkey between 2013 and 2015, researchers originally found three teeth that appeared to have been intentionally drilled to be worn as beads in a necklace or bracelet. Subsequent macroscopic, microscopic, and radiographic analyses confirmed that two of them had indeed been beads or pendants.

“Not only had the two teeth been drilled with a conically shaped micro-drill similar to those used for creating the vast amounts of beads from animal bone and stone that we have found at the site, but they also showed signs of wear corresponding to extensive use as ornaments in a necklace or bracelet,” says first author Scott Haddow, archaeologist at the University of Copenhagen.

“The evidence suggests that the two teeth pendants were probably extracted from two mature individuals post-mortem. The wear on the teeth’s chewing surfaces indicates that the individuals would have been between 30-50 years old. And since neither tooth seems to have been diseased—which would likely have caused the tooth to fall out during life—the most likely scenario is that both teeth were taken from skulls at the site.”

Researchers have previously found human teeth used for ornamental purposes at European sites from the Upper Palaeolithic and the Neolithic, but this practice has never been documented before in the Near East during these or subsequent timeframes. This makes these finds extremely rare and surprising.

“Given the amount of fragmentary skeletal material often circulating within Neolithic sites, not least at Çatalhöyük where secondary burial practices associated with the display of human skulls were frequent, what is most interesting is the fact that human teeth and bone were not selected and modified more often,” says Haddow.

“Thus, because of the rarity of the find, we find it very unlikely that these modified human teeth were used solely for aesthetic purposes but rather carried profound symbolic meaning for the people who wore them.

“The fact that the teeth were recovered from non-burial contexts is also highly interesting in that burials at the site often contain beads and pendants made from animal bone/teeth and other materials, indicating that it seems to have been a deliberate choice not to include items made from human bone and teeth with burials. So perhaps these human teeth pendants were related to specific—and rare—ritual taboos? Or perhaps we should look to the identity of the two individuals from whom the teeth were extracted for an explanation?

“However, given the small sample size, the ultimate meaning of the human teeth pendants will remain elusive until new findings at Çatalhöyük or elsewhere in the Near East can help us better contextualize the meaning these human teeth artifacts.”

The researchers report this finding in the Journal of Archaeological Science: Reports. 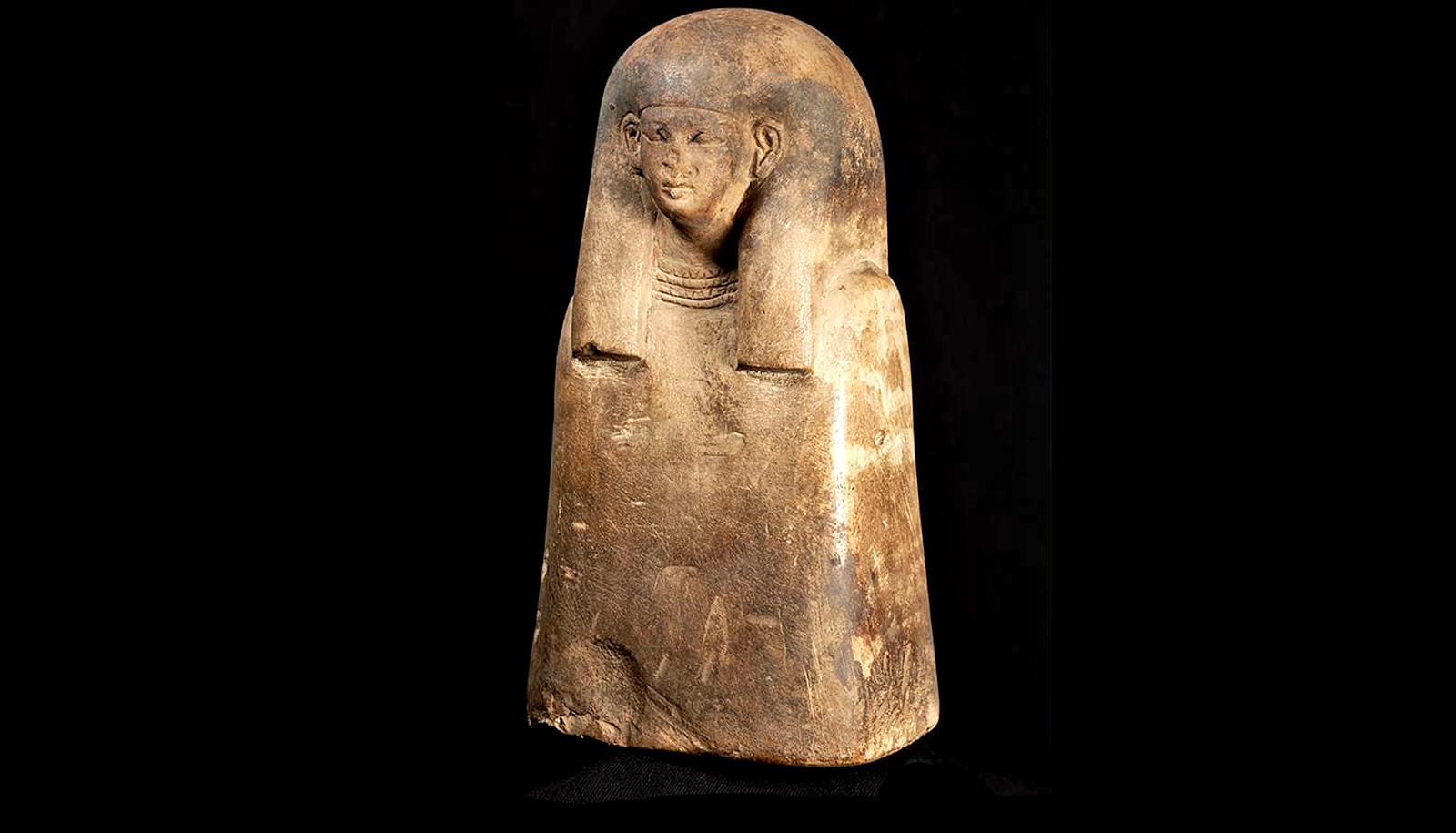 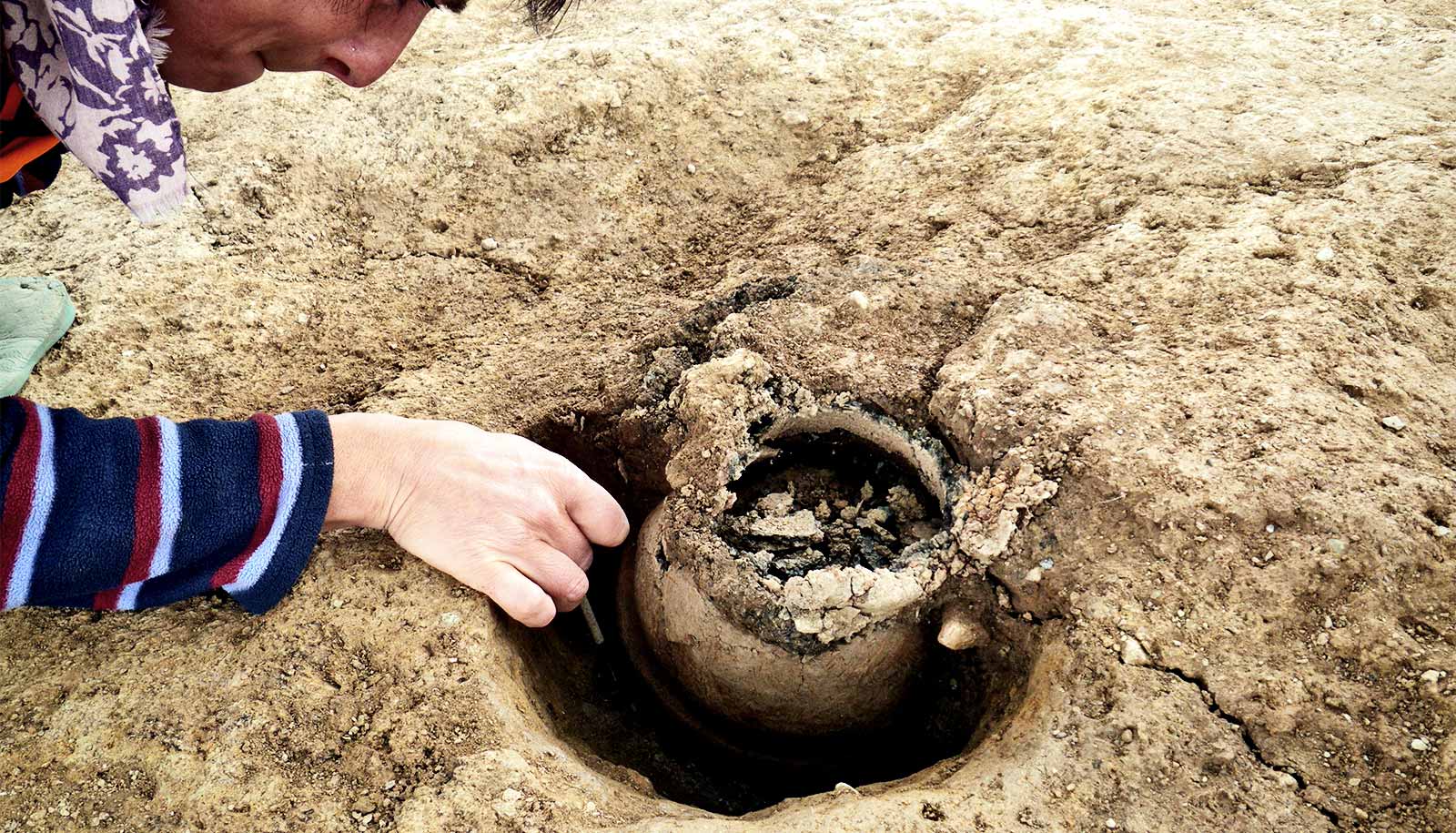 Method may solve mysteries of ancient human ashes in urns