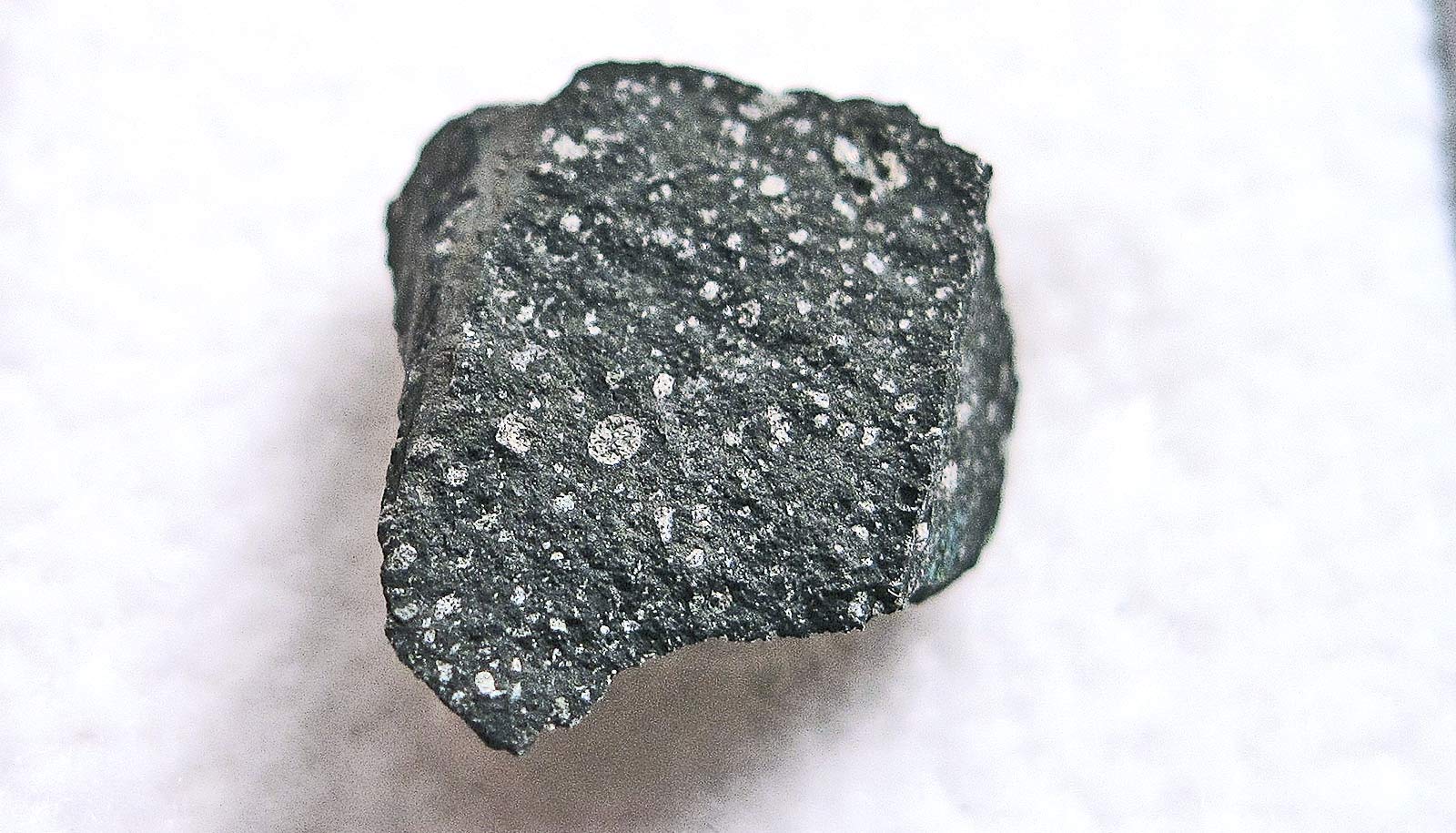 Stardust in meteorite is oldest solid stuff ever found on Earth

New research determines that stardust from the Murchison meteorite is the oldest solid material ever found on Earth. 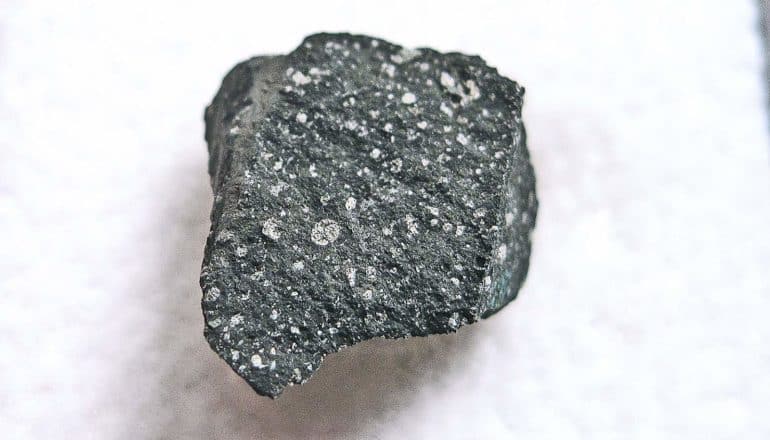 Stardust from a meteorite is five to seven billion years old—the oldest solid material ever found on Earth—report researchers who determined its age.

Stars are born when bits of dust and gas floating through space find each other and collapse in on each other and heat up. They burn for millions to billions of years, and then they die. When they die, they pitch the particles that formed in their winds out into space, and those bits of stardust eventually form new stars, along with new planets and moons and meteorites.

The materials Philipp Heck and his colleagues examined are called presolar grains–minerals formed before the sun’s birth. These bits of stardust got trapped in meteorites where they remained unchanged for billions of years, making them time capsules of the time before the solar system.

But presolar grains are hard to come by. They’re rare, found only in about 5% of meteorites that have fallen to Earth, and they’re tiny—a hundred of the biggest ones would fit on the period at the end of this sentence.

For the age determination, the researchers used exposure age data, which basically measures the exposure of presolar grains to cosmic rays, which are high-energy particles that fly through our galaxy and penetrate solid matter. Some of these cosmic rays interact with the matter and form new elements. The longer the presolar grains get exposed, the more those elements form. By measuring how many of these new cosmic-ray produced elements are present in a presolar grain, the researchers can tell how long it was exposed to cosmic rays, which tells them how old it is.

Since presolar grains are formed when a star dies, they can tell us about the history of stars. And 7 billion years ago, there was apparently a bumper crop of new stars forming—a sort of astral baby boom.

“We counted more young grains than expected,” says Heck. He therefore suspects that the majority of the grains with an age of 4.6 to 4.9 billion years originate from stars that were born about 7 billion years ago in a period of increased star births and reached the end of their lives about 2 billion years later. Stars with such a life span have about twice as much mass as our sun and therefore produce particularly large amounts of dust when they die. This dust was ejected into space after the death of their—numerous existing—mother stars, where it was hit by cosmic radiation.

This finding is ammo in a debate between scientists about whether or not new stars form at a steady rate, or if there are highs and lows in the number of new stars over time. “Some people think that the star formation rate of the galaxy is constant,” says Heck. “But thanks to these grains, we now have direct evidence for a period of enhanced star formation in our galaxy seven billion years ago with samples from meteorites. This is one of the key findings of our study.”

The American scientists carried out their analysis of the presolar grains mainly at ETH Zurich, using the “Tom Dooley” mass spectrometer. It was specifically designed to measure the smallest amounts of gas and is the only instrument that can measure noble gases in individual presolar grains.

The National Research Programme NCCR PlanetS supported the work, which appears in PNAS.

The post Stardust in meteorite is oldest solid stuff ever found on Earth appeared first on Futurity.