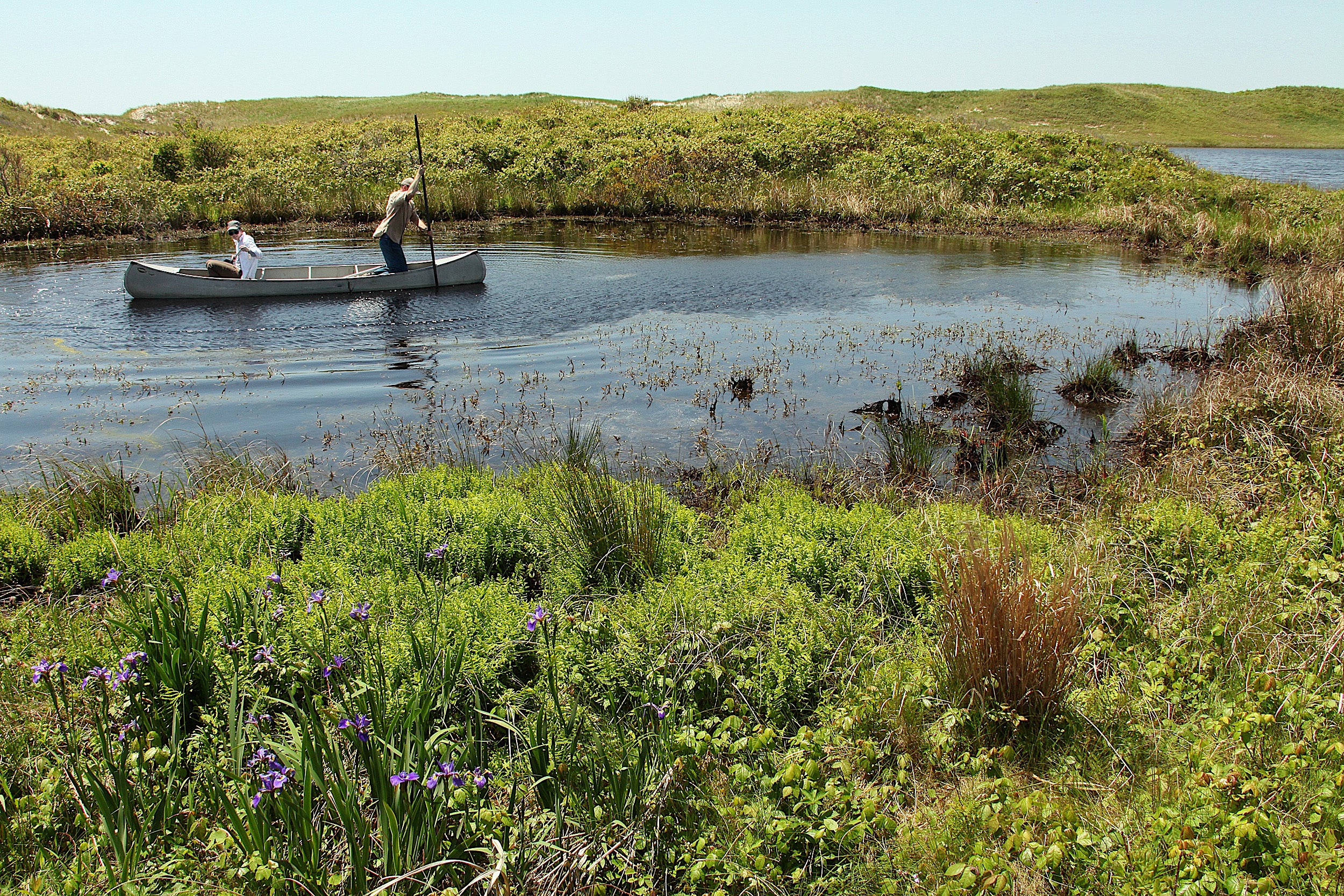 A new study overturns long-held beliefs about the role humans played in shaping the landscape pre- and post- European colonization.

A new study led by archaeologists, ecologists, and paleoclimatologists at Harvard and elsewhere overturns long-held beliefs about the role humans played in shaping the American landscape before and after European colonization. The findings offer insights and lessons in managing biodiverse landscapes in the Northeast.

The study, published today in the journal Nature Sustainability, focuses on the coast from Long Island to Cape Cod and the nearby islands of Nantucket, Martha’s Vineyard, Block Island, and Naushon — areas that historically supported the densest populations of native peoples in New England and today are home to the highest concentrations of rare habitats in the region, including sandplain grasslands, heathlands, and pitch pine and scrub oak forests.

“For decades, there’s been a growing popularization of the interpretation that for millennia, native people actively managed landscapes — clearing and burning forests, for example — to support horticulture, improve habitat for important plant and animal resources, and procure wood resources,” said study co-author David Foster, director of the Harvard Forest at Harvard University. These practices were credited with the creation of open-land habitats and enhanced regional biodiversity.

But, Foster said, the data reveal a new story. “Our data show a landscape that was dominated by intact, old-growth forests that were shaped largely by regional climate for thousands of years before European arrival.”

Fires were uncommon, and native people foraged, hunted, and fished without clearing much land, the research revealed. “Forest clearance and open grasslands and shrublands only appeared with widespread agriculture during the European colonial period within the last few hundred years,” said Wyatt Oswald, a professor at Emerson College and study lead author.

The researchers say the findings transform thinking about how landscapes have been shaped in the past and offer insights into how they might best be managed in the future. “Ancient native peoples thrived under changing forest conditions not by intensively managing them but by adapting to them and the changing environment,” noted archaeologist and study co-author Elizabeth Chilton, dean of Harpur College of Arts and Sciences at Binghamton University.

To reconstruct historical changes to the land, scientists combined archaeological records with more than two dozen intensive studies of vegetation, climate, and fire history spanning 10,000 years. They found that old-growth forests were predominant for millennia but are extremely uncommon today.

“Today New England’s species and habitat biodiversity are globally unique, and this research transforms our thinking and rationale for the best ways to maintain it,” said Oswald. “It also points to the importance of historical research to help us interpret modern landscapes and conserve them effectively into the future.

The authors also noted the unique role that Colonial agriculture played in shaping landscapes and habitat. “European agriculture, especially the highly varied activity of sheep and cattle grazing, hay production, and orchard and vegetable cultivation in the 18th and 19th centuries, made it possible for open-land wildlife species and habitats that are now rare or endangered — such as the New England cottontail — to thrive,” said Foster. Open-land species have declined dramatically as forests regrow on abandoned farmland, and housing and commercial development of both forests and farms have reduced their habitat.

Foster said that the unique elements of biodiversity initiated through historical activities can be encouraged through similar management practices today. “Protected wildland reserves would preserve interior forest species that were abundant before European settlement,” he said. “Lands managed through the diversified farming and forestry practices that created open lands and young forests during the Colonial period would support another important suite of rare plants and animals.”

For successful conservation models that leverage this historical perspective, the authors point to efforts by the Trustees of Reservations, the oldest land trust in the world, which manages more than 25,000 acres in Massachusetts that include old and young forests, farms, and many cultural resources. The organization, for instance, uses controlled livestock grazing to keep lands open for birds like bobolinks and meadowlarks.