A massive white dwarf star with a bizarre atmosphere is actually two stars that merged. They just narrowly missed exploding into a supernova, researchers say. 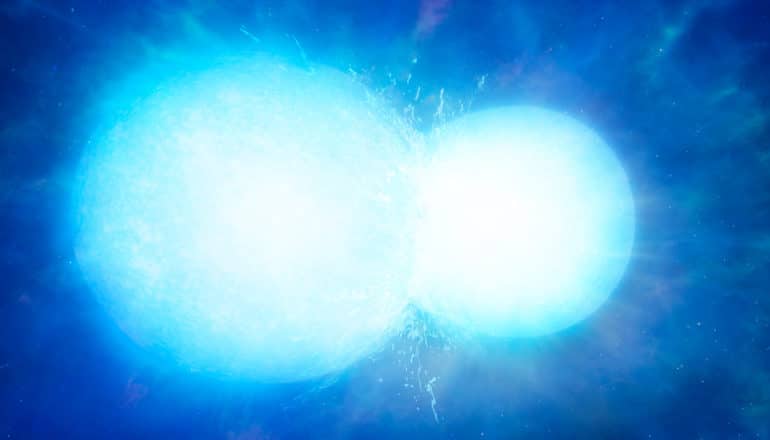 A massive white dwarf star with a bizarre carbon-rich atmosphere could actually be two white dwarfs that have merged and only just narrowly avoided destruction, researchers say.

The discovery, published in Nature Astronomy, could raise new questions about the evolution of massive white dwarf stars and about the number of supernovae in our galaxy.

“This star stood out as something we had never seen before.”

Researchers identified the star, named WDJ0551+4135, in a survey of data from the European Space Agency’s Gaia telescope. They followed up with spectroscopy taken using the William Herschel Telescope, focusing on those white dwarfs identified as particularly massive—a feat the Gaia mission made possible.

By breaking down the light the star emitted, the astronomers could identify the chemical composition of its atmosphere and found that it had an unusually high level of carbon.

“This star stood out as something we had never seen before,” says lead author Mark Hollands of the University of Warwick physics department.

To solve the puzzle, the astronomers turned detective to uncover the star’s true origins.

White dwarfs are the remains of stars like our own sun that have burnt out all their fuel and shed their outer layers. Most are relatively lightweight, around 0.6 times the mass of our sun, but this one weighs in at 1.14 solar masses, nearly twice the average mass. Despite being heavier than our sun, it is compacted into two-thirds the diameter of Earth.

The age of the white dwarf also served as a clue. Older stars orbit the Milky Way faster than younger ones, and this object moves faster than 99% of the other nearby white dwarfs with the same cooling age, suggesting that it’s older than it looks.

“We have a composition that we can’t explain through normal stellar evolution, a mass twice the average for a white dwarf, and a kinematic age older than that inferred from cooling,” Hollands says.

“We’re pretty sure of how one star forms one white dwarf and it shouldn’t do this. The only way you can explain it is if it was formed through a merger of two white dwarfs.”

How massive can they get?

The theory is that when one star in a binary system expands at the end of its life it will envelope its partner, drawing its orbit closer as the first star shrinks. The same will happen when the other star expands. Over billions of years, gravitational wave emission will shrink the orbit further, to the point that the stars merge together.

While researchers have predicted the merger of white dwarfs, this one is still particularly unusual. Most of the mergers in our galaxy occur between stars with different masses, whereas this merger appears to be between two similarly sized stars.

There is also a limit to how big the resulting white dwarf can be: at more than 1.4 solar masses it is thought that it would explode in a supernova though it may be possible that these explosions can occur at slightly lower masses. That fact makes this star more useful in demonstrating how massive a white dwarf can get and still survive.

Because the merging process restarts the cooling of the star, it is difficult to determine how old it is. The white dwarf probably merged around 1.3 billion years ago but the two original white dwarfs may have existed for many billions of years prior.

It is one of only a handful of merged white dwarfs researchers have identified so far, and the only one using its composition.

“There aren’t that many white dwarfs this massive, although there are more than you would expect to see which implies that some of them were probably formed by mergers,” Hollands says.

“In the future we may be able to use a technique called asteroseismology to learn about the white dwarf’s core composition from its stellar pulsations, which would be an independent method confirming this star formed from a merger.

“Maybe the most exciting aspect of this star is that it must have just about failed to explode as a supernova—these gargantuan explosions are really important in mapping the structure of the universe, as they can be detected out to very large distances.

“However, there remains much uncertainty about what kind of stellar systems make it to the supernova stage. Strange as it may sound, measuring the properties of this ‘failed’ supernova, and future look-alikes, is telling us a lot about the pathways to thermonuclear self-annihilation.”

The European Research Council and the Science and Technologies Facilities Council (STFC) part of UK Research and Innovation (UKRI) funded the work. 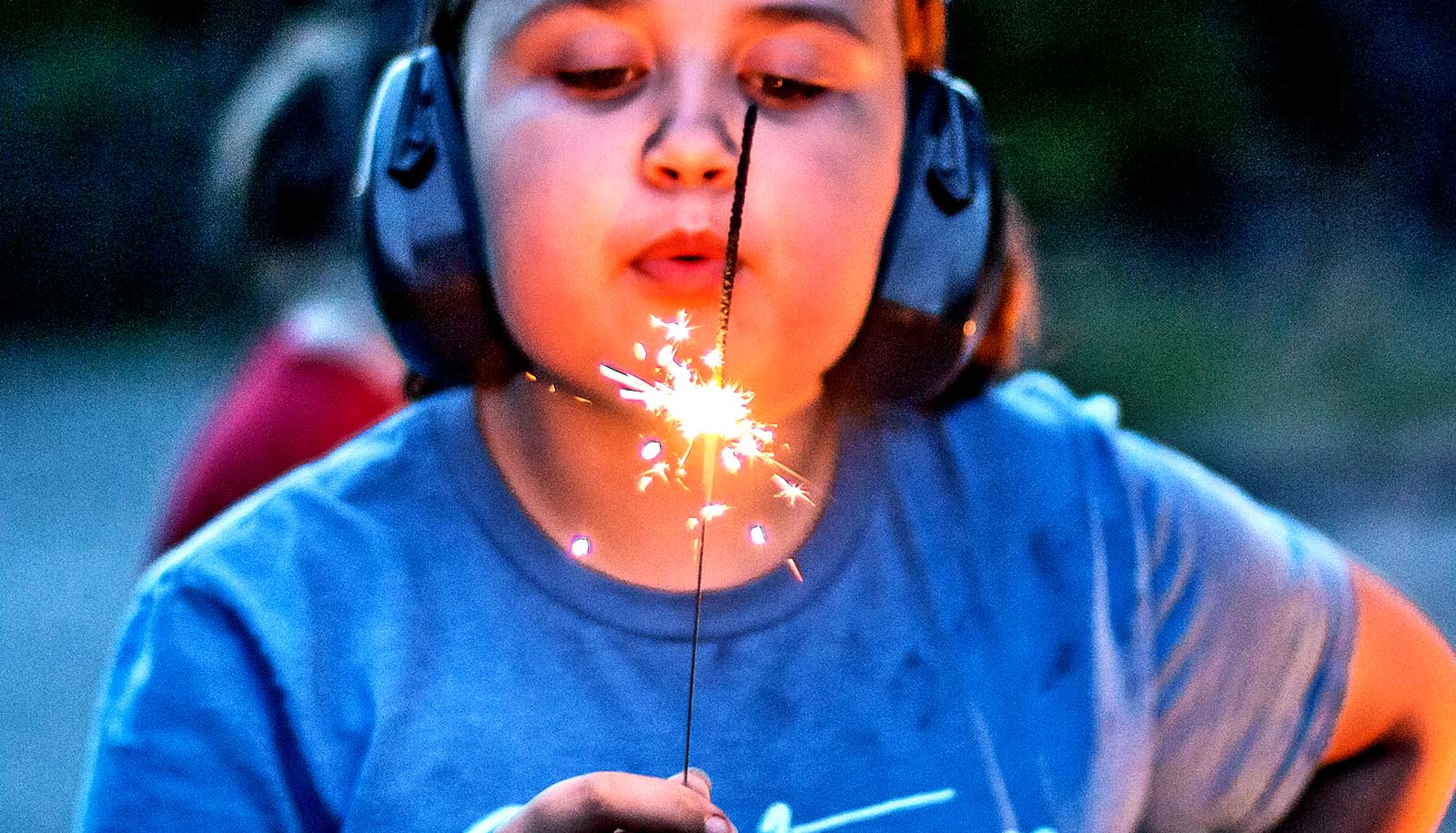 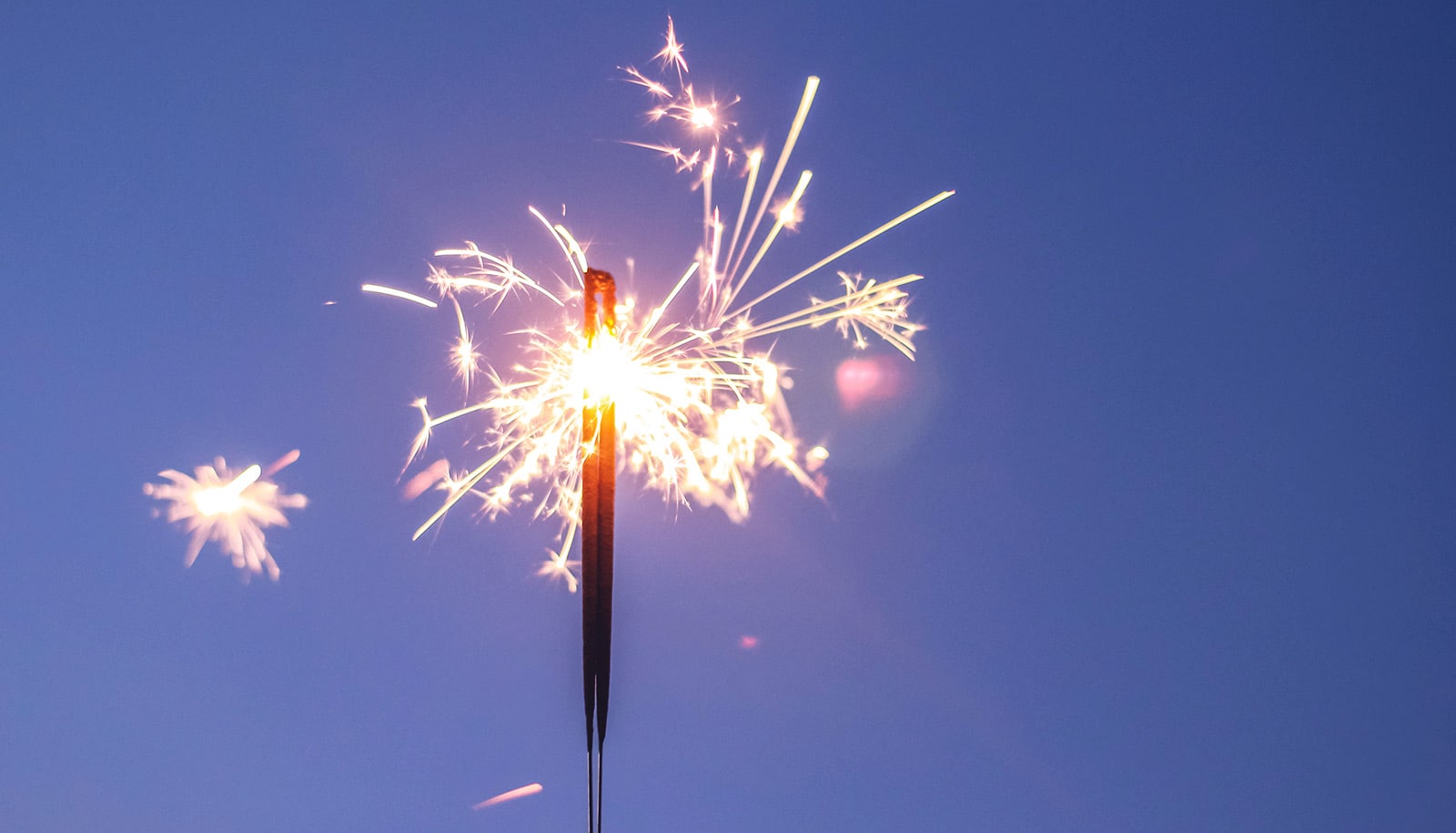