The fossil researchers have dubbed the "world's oldest bug" is older than any fossil of an insect, arachnid, or related creepy-crawly.

A 425-million-year-old millipede fossil from the Scottish island of Kerrera is the “world’s oldest bug,” researchers say.

It’s older than any known fossil of an insect, arachnid, or other related creepy-crawly, according to new research.

The findings offer new evidence about the origin and evolution of bugs and plants, suggesting that they evolved much more rapidly than some scientists believe, going from lake-hugging communities to complex forest ecosystems in just 40 million years.

“It’s a big jump from these tiny guys to very complex forest communities, and in the scheme of things, it didn’t take that long,” says Michael Brookfield, a research associate at the University of Texas at Austin’s Jackson School of Geosciences and adjunct professor at the University of Massachusetts Boston.

“It seems to be a rapid radiation of evolution from these mountain valleys, down to the lowlands, and then worldwide after that.”

The researchers found that the ancient millipede fossil is 425 million years old, about 75 million years younger than the estimate other scientists made for the age of the oldest millipede using a technique known as molecular clock dating, which is based on DNA’s mutation rate.

Other research using fossil dating found that the oldest fossil of a land-dwelling, stemmed plant (also from Scotland) is 425 million years old and 75 million years younger than molecular clock estimates.

Although it’s certainly possible older fossils of both bugs and plants exist, Brookfield says the fact researchers haven’t found them—even in deposits known for preserving delicate fossils from this era—could indicate that the ancient millipede and plant fossils already discovered are the oldest specimens.

If that’s the case, it also means both bugs and plants evolved much more rapidly than the timeline indicated by the molecular clock. Researchers have dated bountiful bug deposits to just 20 million years later than the fossils. And by 40 million years later, there’s evidence of thriving forest communities filled with spiders, insects , and tall trees.

“Who is right, us or them?” says Elizabeth Catlos, a professor in the Jackson School’s geological sciences department. “We’re setting up testable hypotheses—and this is where we are at in the research right now.”

Given their potential evolutionary significance, Brookfield says that he was surprised that this study was the first to address the age of the ancient millipedes.

One reason could be the difficulty of extracting zircons—a microscopic mineral needed to precisely date the fossils—from the ashy rock sediment in which the fossil was preserved, says Stephanie Suarez, a doctoral student at the University of Houston who made improvements to the fossil dating technique the researchers used in the study when she was an undergraduate at the Jackson School.

As an undergraduate researcher, Suarez developed a technique for separating the zircon grain from this type of sediment. It’s a process that takes practice to master. The zircons are easily flushed away when trying to loosen their grip on the sediment. And once they are successfully released from the surrounding rock, retrieving the zircons involves an eagle-eyed hunt with a pin glued to the tip of a pencil.

“That kind of work trained me for the work that I do here in Houston,” Suarez says. “It’s delicate work.”

As an undergraduate, Suarez used the technique to find that a different millipede specimen, thought to be the oldest bug specimen at the time, was about 14 million years younger than estimated—a discovery that stripped it of the title of oldest bug. Using the same technique, this study passes the distinction along to a new specimen.

The research appears in Historical Biology .

Funding for the research came from the Jackson School, the Max Kade Foundation, and DFG Scientific Instrumentation and Information Technology. 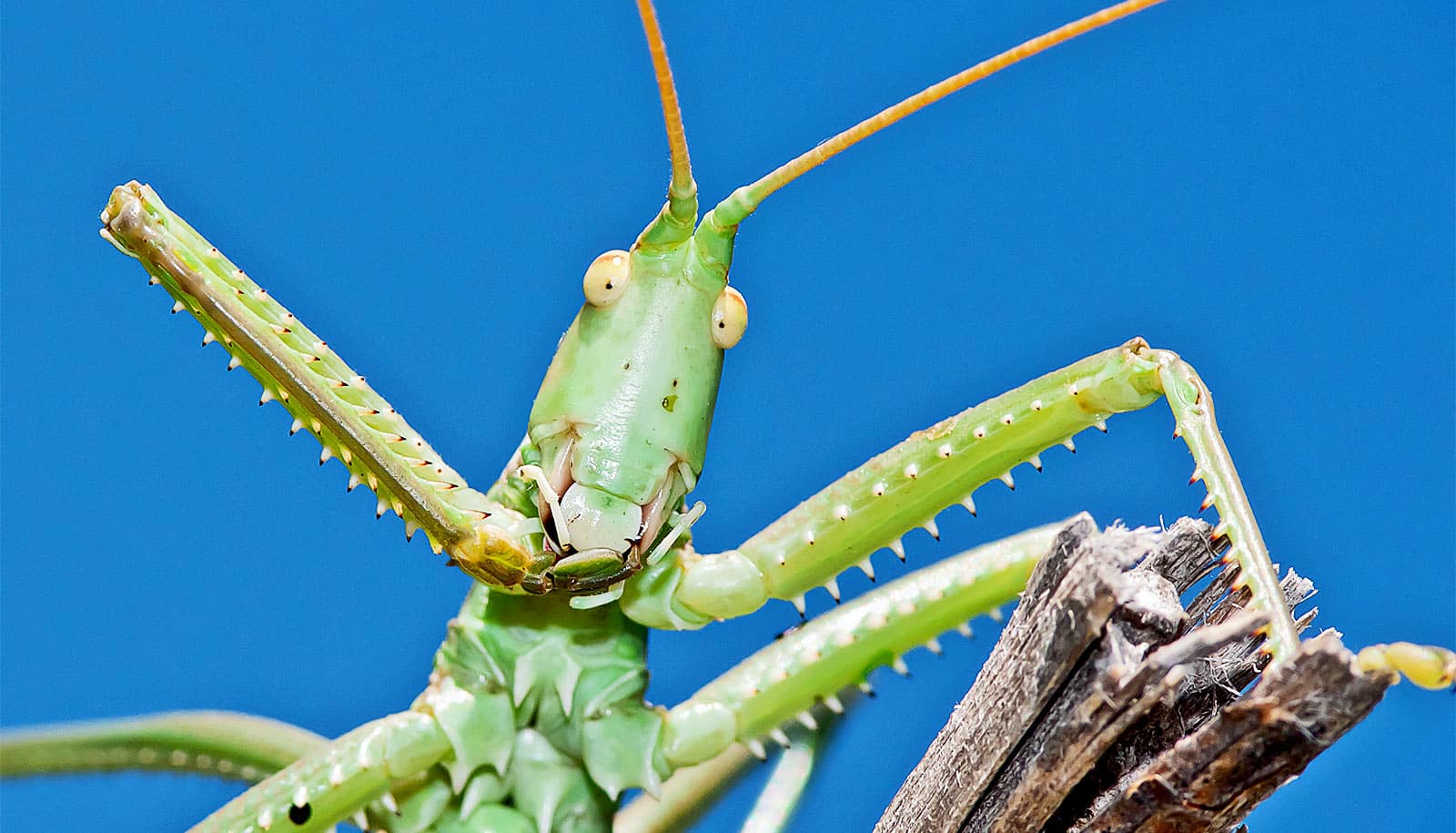 Cricket ‘singing’ has been the same for 300 million years 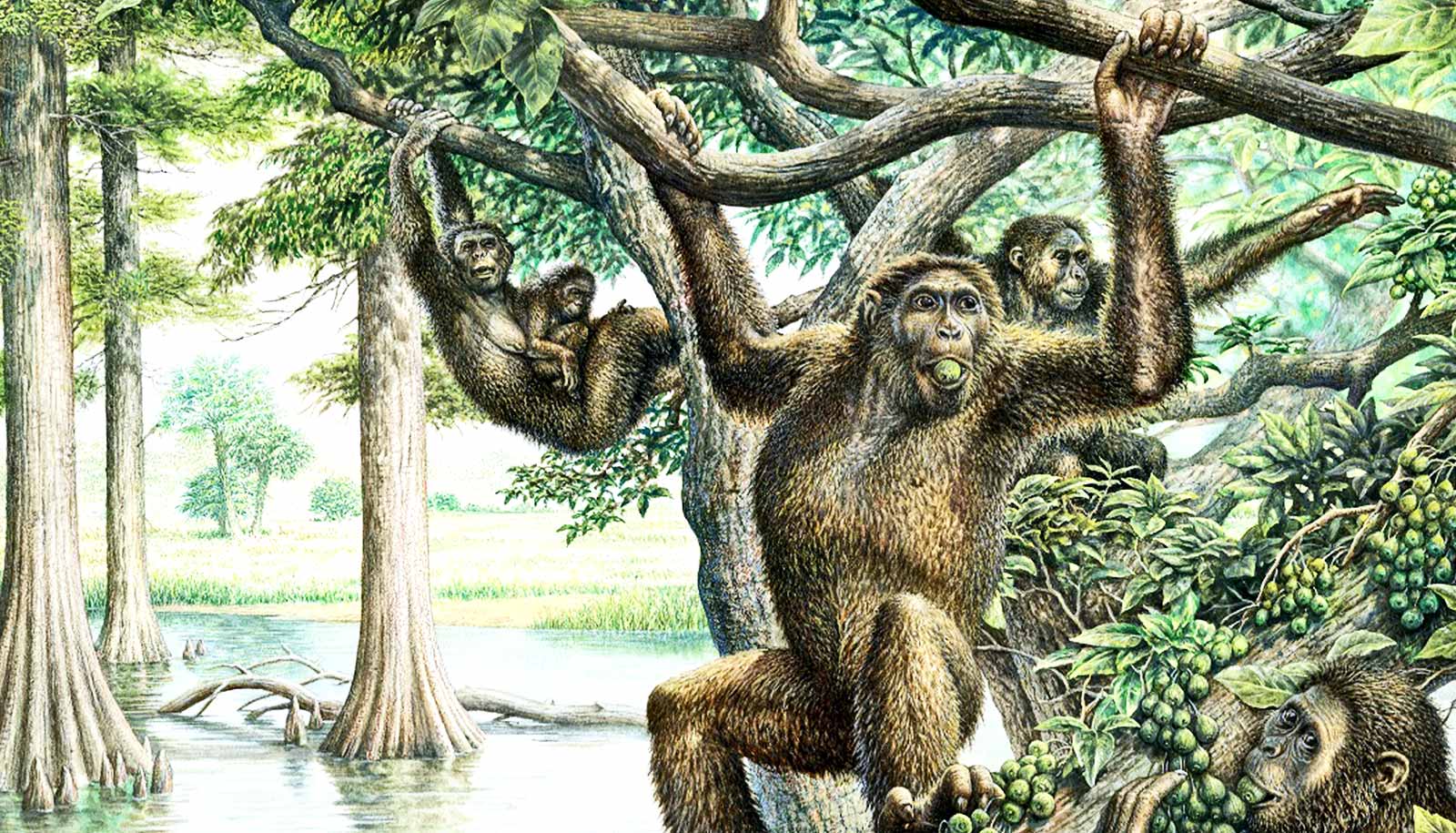 Ancient pelvis may shed light on the evolution of walking