Did volcanoes turn Venus into a ‘hellish’ planet?

Some of the oldest terrain on Venus, known as tesserae, hint at past volcanic activity. Is that what made the planet the "hellish" place it is today?

Some of the oldest terrain on Venus, known as tesserae, have layering that seems consistent with volcanic activity, according to a new study.

The finding could provide insights into the enigmatic planet’s geological history.

Tesserae are tectonically deformed regions on the surface of Venus that are often more elevated than the surrounding landscape. They comprise about 7% of the planet’s surface, and are always the oldest feature in their immediate surroundings, dating to about 750 million years old.

“Venus today is hellish, but we don’t know if it was always like this.”

As reported in the journal Geology , a significant portion of the tesserae have striations consistent with layering.

“There are generally two explanations for tesserae—either they are made of volcanic rocks , or they are counterparts of Earth’s continental crust,” says lead author Paul Byrne, associate professor of planetary science at North Carolina State University. “But the layering we find on some of the tessera isn’t consistent with the continental crust explanation.”

The team analyzed images of Venus’ surface from NASA’s 1989 Magellan mission, which used radar to image 98% of the planet through its dense atmosphere.

While researchers have studied the tesserae for decades, prior to this work, the layering of the tesserae hasn’t been recognized as widespread. And according to Byrne, that layering would not be possible if the tesserae were portions of continental crust.

“Continental crust is composed mainly of granite, an igneous rock formed when tectonic plates move and water is subducted from the surface,” Byrne says. “But granite doesn’t form layers. If there’s continental crust on Venus, then it’s below the layered rocks we see.

“Aside from volcanic activity, the other way to make layered rock is through sedimentary deposits, like sandstone or limestone. There isn’t a single place today on Venus where these kinds of rocks could form,” he says.

“The surface of Venus is as hot as a self-cleaning oven and the pressure is equivalent to being 900 meters (about 985 yards) underwater. So the evidence right now points to some portions of the tesserae being made up of layered volcanic rock , similar to that found on Earth.”

Byrne hopes that the work will help to shed light on more of Venus’ complicated geological history.

“While the data we have now point to volcanic origins for the tesserae, if we were one day able to sample them and find that they are sedimentary rocks, then they would have had to have formed when the climate was very different—perhaps even Earth-like,” Byrne says.

“Venus today is hellish, but we don’t know if it was always like this. Was it once like Earth but suffered catastrophic volcanic eruptions that ruined the planet? Right now we cannot say for certain, but the fact of the layering in the tesserae narrows down the potential origins of this rock.”

The post Did volcanoes turn Venus into a ‘hellish’ planet? appeared first on Futurity . 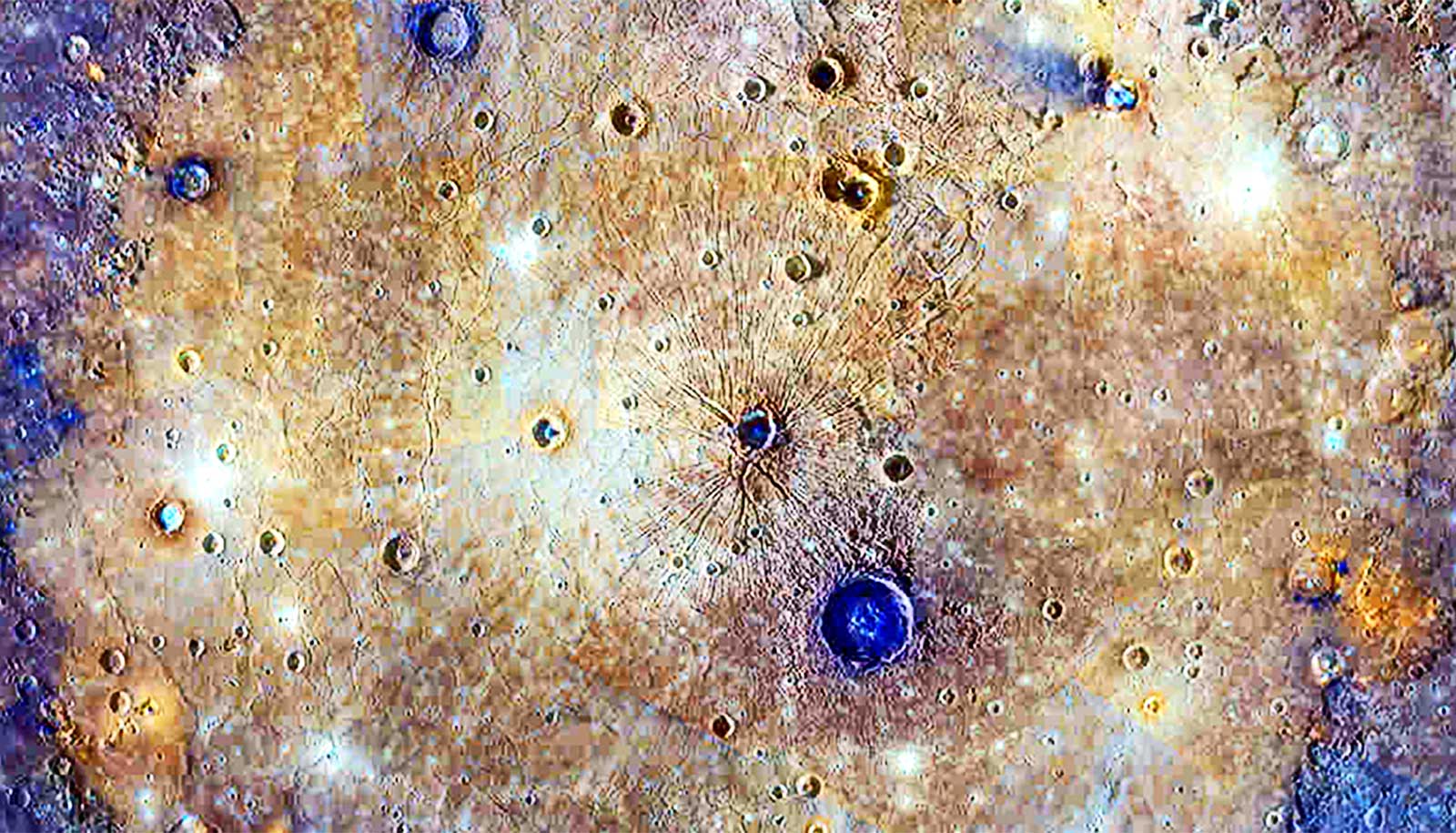 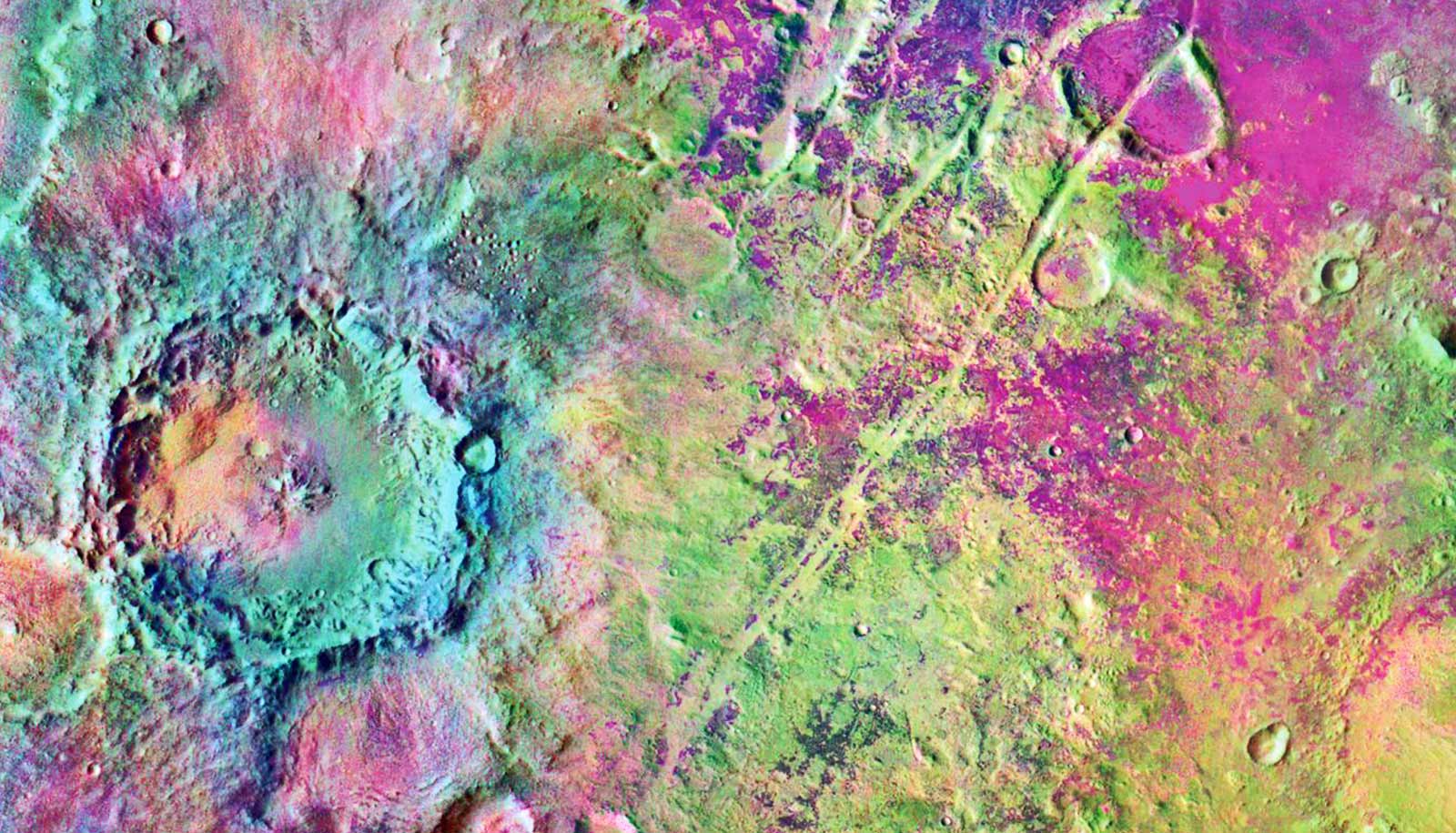 Ancient ash is likely behind odd mineral deposit on Mars