Sometimes getting to where you want to go is a matter of finding the right guide.

Four teams of researchers, led by Harvard Forest ecologists, searched for a patch of ancient trees deep in the woods of western Pennsylvania this summer as part of a project to study how climate changes affected trees over the centuries. One of the scientists had come across them 40 years earlier, but they appeared to have vanished. Just as the group was about to give up and move on they came across someone who gave them a valuable clue.

“When he jumped out of his Jeep to greet us, we were about to plunge into another forest that was at least three-quarters or a mile away,” said Neil Pederson, a senior ecologist and co-manager of the Tree Ring Lab at the Harvard Forest. The Jeep driver, a husky man with fluffy silver hair, tipped them to a clump of scraggly-looking eastern hemlocks. Several hours later, “We’d finally found them,” Pederson said.

That day’s search was part of the lab’s ambitious project to find and core the oldest trees in the Northeast. Studying the color and size of their rings offers scientists a glimpse into the past, allowing them to see how trees and forests responded to extreme climate events, like droughts or late-spring frosts in the past. They then use that data to map the long-term development of these forests and model the future impact on their health from climate-related weather events, which are growing harsher as the planet warms.

“Large-scale forest disturbances may represent the kind of extreme climate events that we expect to see increase with climate change, so understanding more about their frequency in the past could help to inform how far things are moving from baseline,” said Laura Gayle Smith, a research assistant at the Harvard Forest, who works as a member of the Tree Ring Lab. “The common framework for temperate forests is that they are basically in equilibrium over large scales and somewhat agnostic to climate. Small disturbances happen at the individual-tree-to-stand level, but overall, the composition remains very stable over long periods of time — centuries to millennia.”

“We use tree cores to extract what I’ve been leaning toward calling the memory of the tree,” said Neil Pederson in the lab alongside core samples.

About a decade ago, Pederson and David Orwig, a senior forest ecologist and the co-manager of the Tree Ring Lab, showed this isn’t always the case. They presented evidence that droughts and harsh spring frosts from 250 years ago affected different forests across hundreds of miles in the Southeast. The disturbances abruptly killed some trees but accelerated the growth of others.

“This study will hopefully give us more insight about that relationship between climate events and forest disturbance so that we can better predict forest response under different climate scenarios,” Gayle Smith said.

For that, the lab seeks guidance from tree rings. The rings, which look a bit like the concentric circles on a dart board, indicate the age of a tree and give hints of what it’s endured. The greater the number of annual rings, the older the tree. Light-colored ones represent years of extreme cold. Wafer-thin wood indicates dry conditions and stymied tree growth.

“We use tree cores to extract what I’ve been leaning toward calling the memory of the tree,” said Pederson. “When a drought arrives, when a hurricane arrives, when fire arrives, or an ice storm or insects, trees can’t run and hide like we can or like other animals can. They take these events, these abuses of time, and they get recorded in their rings, and we can extract that information and learn about anything.”

The first step to this science, called dendrochronology, is getting samples of the rings. For researchers, that often involves driving along dirt roads, walking beneath miles of foliage, and up and down hillsides.

To core the trees, the researchers primarily use increment borers, tools that look like a cross between a drill and a screw. They must be manually twisted through the bark and into its core. As it twists out it extracts pencil-size slivers of the tree ring.

“The borer gets much harder to turn as you drill into the tree, and sometimes will get stuck on the way out so you have to put your body weight into pulling backwards while turning,” Gayle Smith said. “I always tell people that between hiking into the sites and then coring trees it’s a full-body workout. It can really tear your hands up.”

Coring leaves a wound in the tree but doesn’t fatally injure it. The entire process takes between two and three hours. Besides taking samples, scientists jot down visual markings on the trees and demarcate a plot that has a 20-meter radius.

The researchers plan to core between 2,500 and 3,500 trees in 35 forests. The field work is part of a four-year project funded by the National Science Foundation, and kicked off this summer with visits to 15 forests. So far, the group has traveled to forests in Pennsylvania, New York, Maine, and New Jersey. The group will eventually amass 600 years of tree growth data.

Kicking off fieldwork for a dream project: studying the long-term development, synchronicity, & ecological memory in old-growth forests of the Northeastern US. First days in the southern Adirondacks pic.twitter.com/OiZ2qrNxqf

The researchers venture out in full hiking gear and backpacks filled with supplies. The coring equipment adds about 40 pounds.

“One time I got back from a trip on a Wednesday, but I felt like my body didn’t arrive till the Sunday,” Pederson said.

Lab members, who also includes two summer research assistants, refer to the project as a nature lover’s dream and an honor.

When out in the field the scientists get used to sweeping views of landscapes, rock formations, and sunsets. They see wildlife, sometimes doing peculiar things. In June, for example, the team saw a black rat snake scale a thick sugar maple tree in Ricketts Glen, Pennsylvania.

Yes, that is a Black Rat Snake climbing a Sugar Maple pic.twitter.com/ojTfAKPqS8

The forest is also a humbling place to work, especially for experts who know what it should look like.

“Each forest we visited had lost or was in the process of losing an overstory tree species due to an introduced disease or insect,” Orwig said. “A few forests lost two species and one was in the process of losing a third. So even these forests, which have been the least directly disturbed by humans over the last few centuries, are being indirectly impacted in a big way.”

Harvard’s Tree Ring Lab sits inside a repurposed garage on the edge of the Harvard Forest in Petersham, Massachusetts. Collections of the extracted wood slivers fill stacks of boxes while larger tree stumps that show the full rings are piled in corners. The lab has a pleasant woody, earthy smell.

The samples are painstakingly made smooth with a belt sander, then by hand sanding. “It’s a long process sometimes, particularly for species where the ring boundaries aren’t very apparent,” Gayle Smith said. “We have to get them sanded down to the point that we can see the cellular structure.”

The samples then go under a high-powered microscope, which digitizes the data.

The ancient eastern hemlocks that took them hours to find, for example, showed that the two oldest trees traced to 1490. They all lived through the 1500s and 1600s — two periods with severe, prolonged drought. The trees survived the so-called 16th century megadrought, which affected an area that extended from portions of Mexico to much of the continental U.S., including Boston. It likely slowed the growth of these trees, which were smaller than most. The trees also showed signs from the Year Without a Summer in 1816 when a massive volcanic eruption in Indonesia triggered unusually cold, wet conditions across Europe and North America.

“I feel very lucky to be on this project as we get to visit, sample, and learn from centuries-old trees,” said Orwig. “These forests are truly magical places. … There is a sense of awe I get knowing that the forests we are investigating have been there for hundreds of years and are now revealing clues to past climate, disturbance, and environment.” 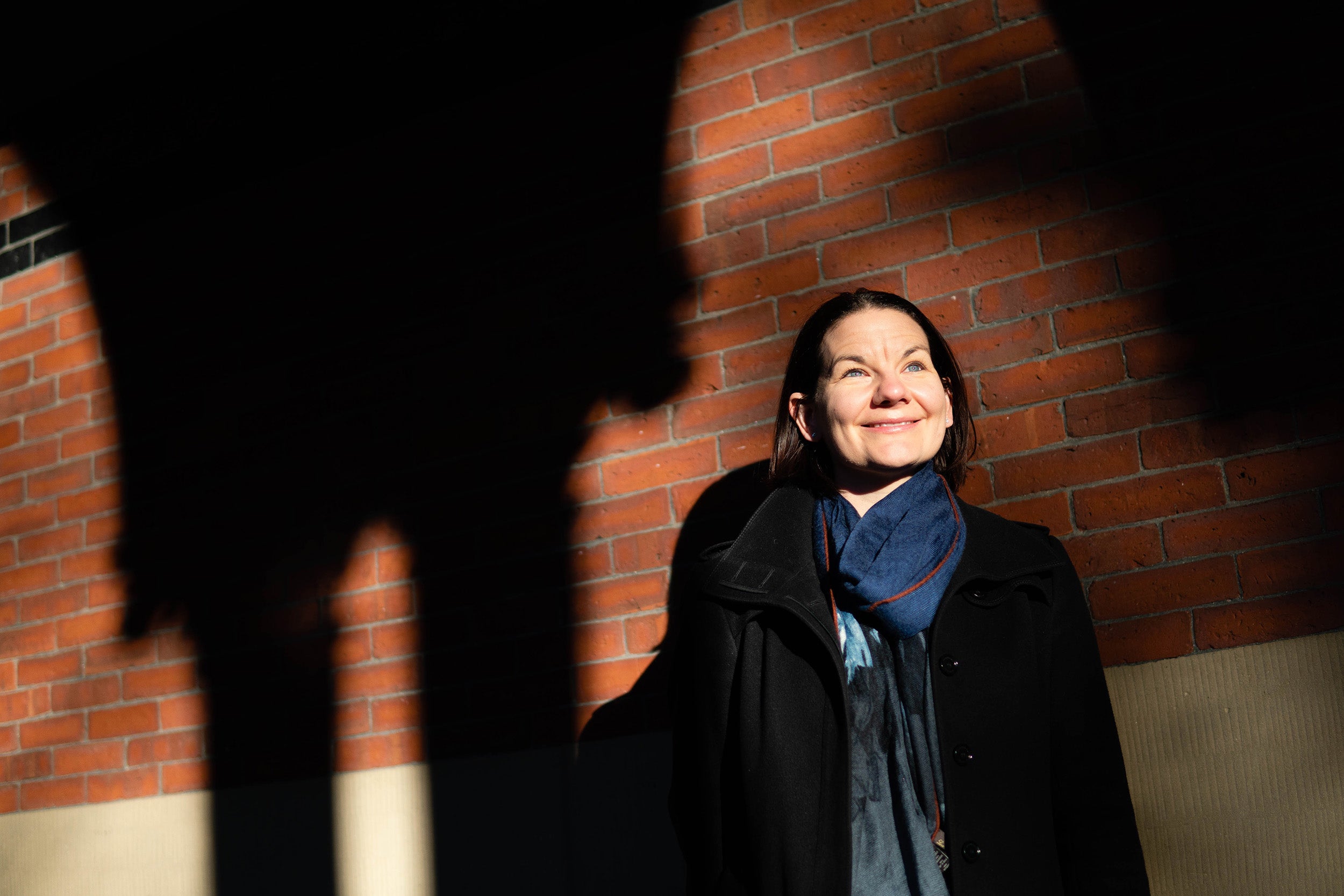