Why are humans "the fat primate"? Because of changes in DNA packaging that curbed our body's ability to turn white fat brown, say researchers. 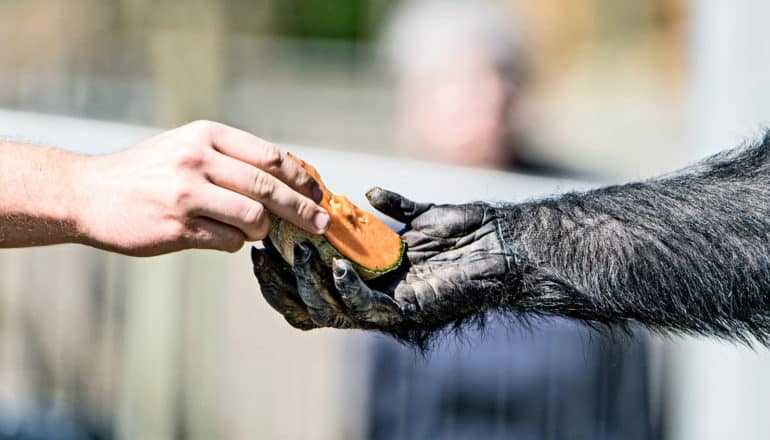 Long before the modern obesity epidemic, evolution made us fat.

The fact that humans are chubbier than chimpanzees isn’t news to scientists, but new evidence could help explain how we got that way.

Despite having nearly identical DNA sequences, chimps and early humans underwent critical shifts in how DNA is packaged inside their fat cells, Swain-Lenz and colleagues have found. As a result, the researchers say, this decreased the human body’s ability to turn “bad” calorie-storing fat into the “good” calorie-burning kind.

The results appear in the journal Genome Biology and Evolution.

Compared to our closest animal relatives, even people with six-pack abs and rippling arms have considerable fat reserves, researchers say. While other primates have less than 9 percent body fat, a healthy range for humans is anywhere from 14 percent to 31 percent.

To understand how humans became the fat primate, a team led by Swain-Lenz and Duke biologist Greg Wray compared fat samples from humans, chimps, and a more distantly-related monkey species, rhesus macaques. Using a technique called ATAC-seq, they scanned each species’ genome for differences in the packaging of their fat cell DNA.

Normally most of the DNA within a cell is condensed into coils and loops and tightly wound around proteins, such that only certain DNA regions are loosely packed enough to be accessible to the cellular machinery that turns genes on and off.

The researchers identified roughly 780 DNA regions that were accessible in chimps and macaques, but had become more bunched up in humans. Examining these regions in detail, the team also noticed a recurring snippet of DNA that helps convert fat from one cell type to another.

Not all fat is created equal, Swain-Lenz explains. Most fat is made up of calorie-storing white fat. It’s what makes up the marbling in a steak and builds up around our waistlines. Specialized fat cells called beige and brown fat, on the other hand, can burn calories rather than store them to generate heat and keep us warm.

One of the reasons we’re so fat, the research suggests, is because the regions of the genome that help turn white fat to brown were essentially locked up—tucked away and closed for business—in humans but not in chimps.

“We’ve lost some of the ability to shunt fat cells toward beige or brown fat, and we’re stuck down the white fat pathway,” Swain-Lenz says. It’s still possible to activate the body’s limited brown fat by doing things like exposing people to cold temperatures, she explains, “but we need to work for it.”

Humans, like chimps, need fat to cushion vital organs, insulate us from the cold, and buffer us from starvation. But early humans may have needed to plump up for another reason, the researchers say—as an additional source of energy to fuel our growing, hungry brains.

The brains of ‘fat primates’

In the six to eight million years since humans and chimps went their separate ways, human brains have roughly tripled in size. Chimpanzee brains haven’t budged.

The human brain uses more energy, pound for pound, than any other tissue. Steering fat cells toward calorie-storing white fat rather than calorie-burning brown fat, the thinking goes, would have given our ancestors a survival advantage.

Swain-Lenz says another question she gets a lot is: “Are you going to make me skinny?”

Because of brown fat’s calorie-burning abilities, numerous researchers are trying to figure out if boosting our body’s ability to convert white fat to beige or brown fat could make it easier to slim down.

Swain-Lenz says the differences they found among primates might one day be used to help patients with obesity—but we’re not there yet.

“Maybe we could figure out a group of genes that we need to turn on or off, but we’re still very far from that,” Swain-Lenz says. “I don’t think that it’s as simple as flipping a switch. If it were, we would have figured this out a long time ago,” she explains.

The post DNA changes made us ‘the fat primates’ appeared first on Futurity. 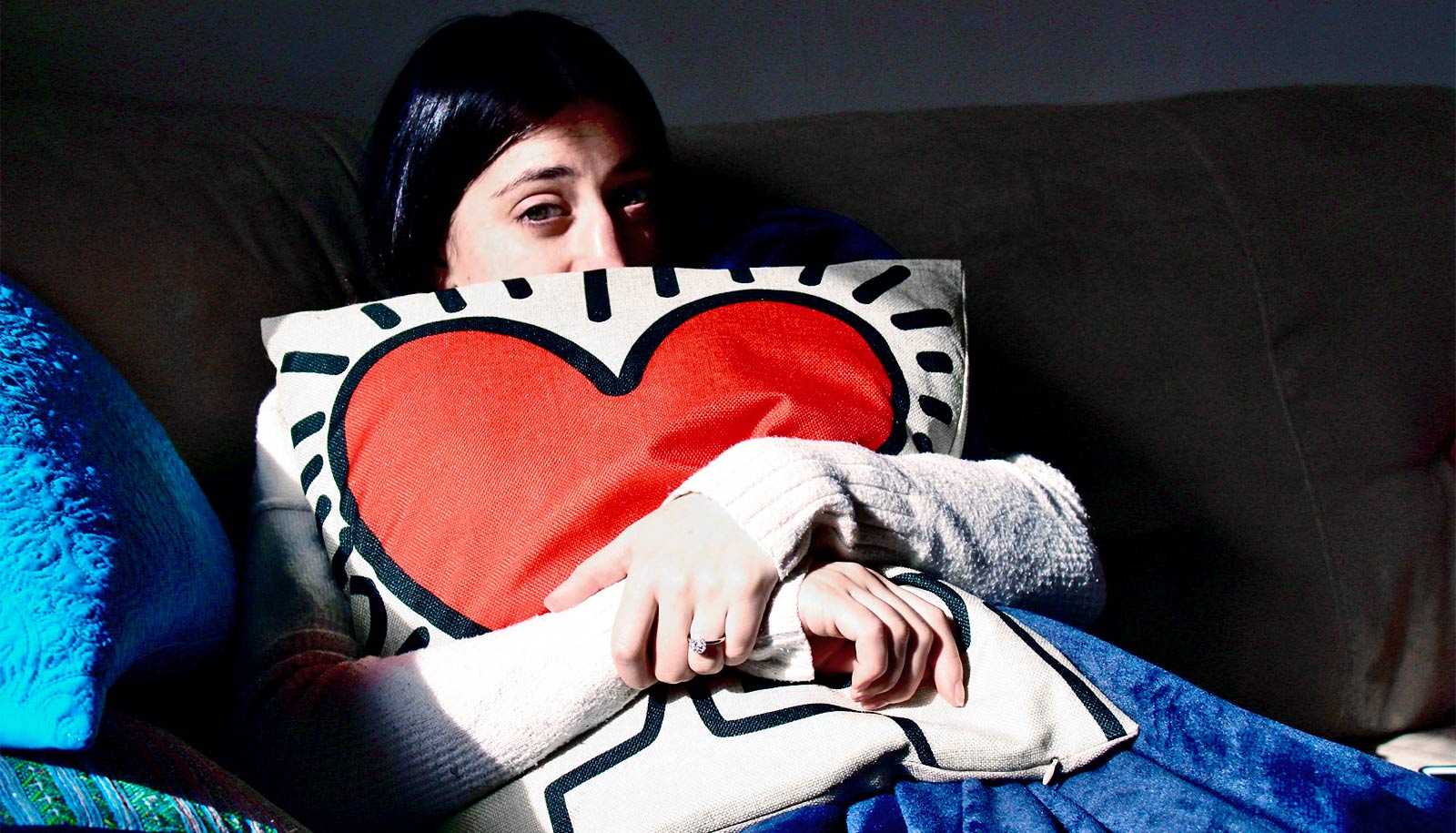 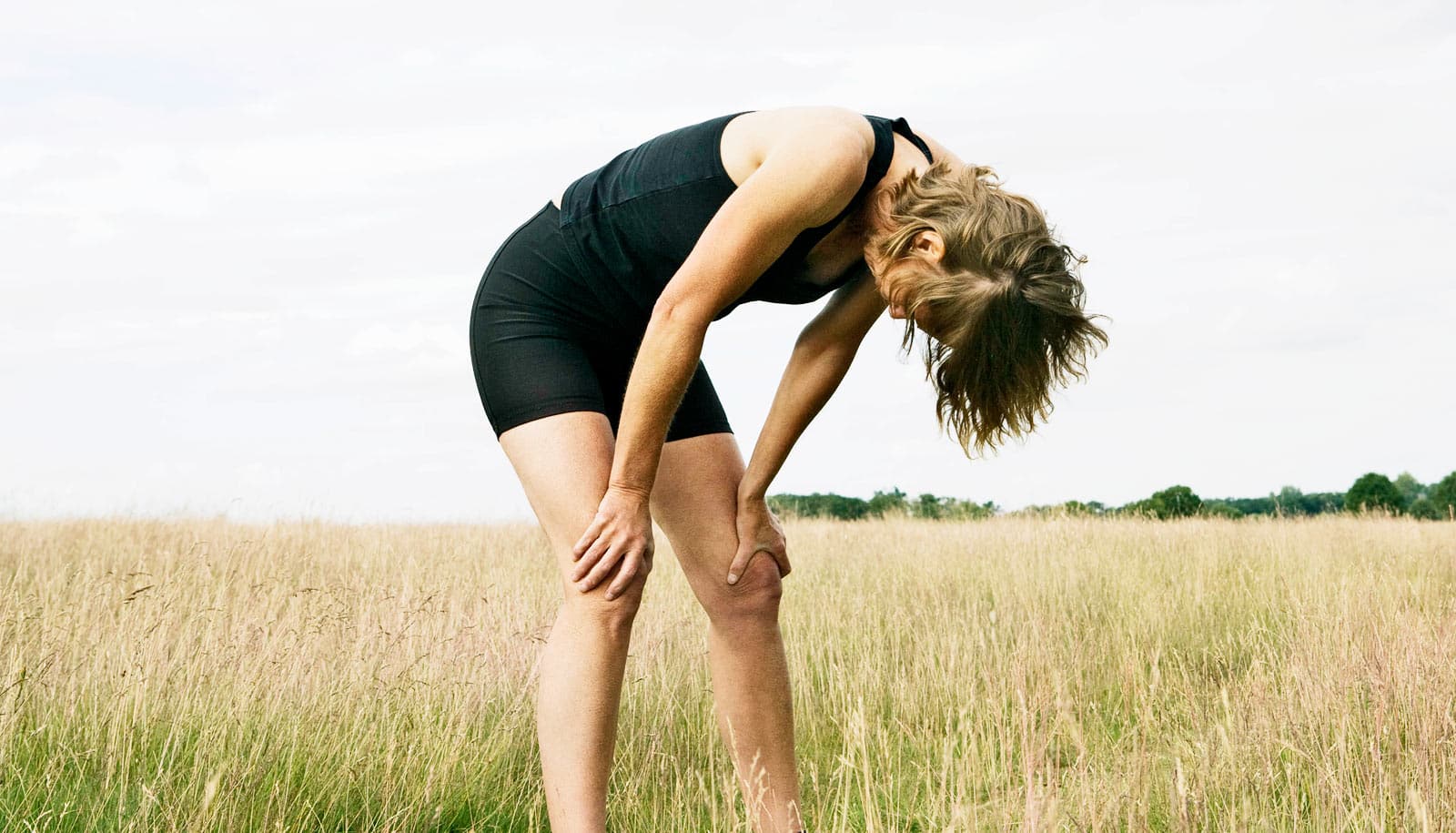 Learning genetic risk can change how your body works